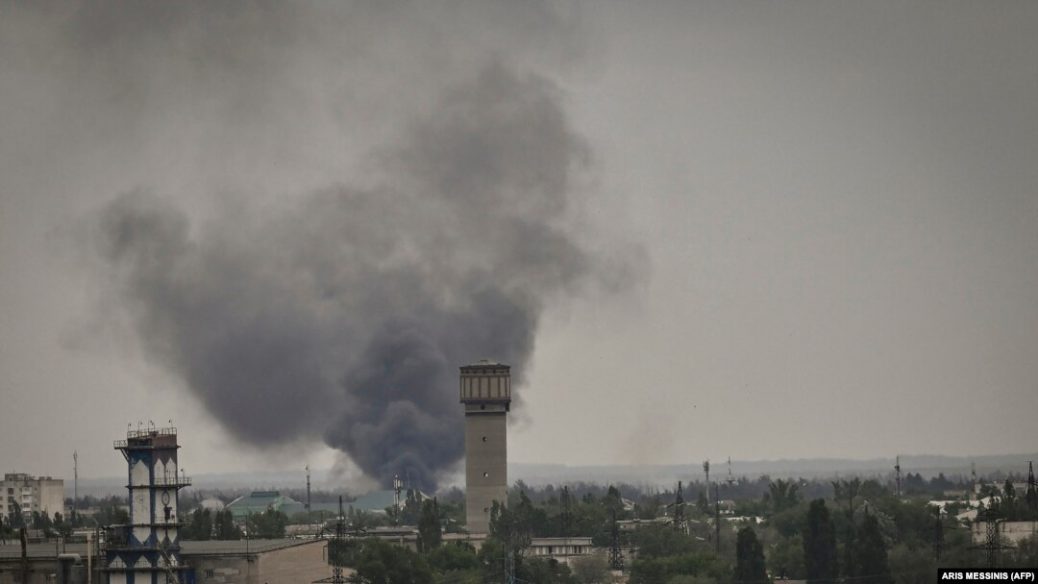 The Washingtonpost: 500 civilians, including children, stuck inside plant, official says

500 people in Severodonetsk are still hiding in bunkers under the chemical plant.

The territory of the plant was shelled with heavy artillery, so the military was only able to evacuate a few people a day.

The Russians are taking heavy casualties, advancing only with air assault.

The Daily Banner: Another mass grave of Ukrainian civilians found in Kyiv region

A mass grave of civilians murdered by Russian occupants was discovered near the village of Mirotskoye, Buchanskiy district.

The Russians tortured the Ukrainians and shot them in the head.

The police are working to identify the dead.

The New York Times: The corpse of a Russian soldier stirs a village in Ukraine

In the Ukrainian village of Husarivka there is a dead Russian man inside a Russian military vehicle.

He was badly burned and was sitting in the troop compartment. The soldier has still been sitting in that vehicle since April.

The Guardian: Global nuclear arsenal expected to grow for first time in decades

The world’s nuclear arsenal is expected to increase in the coming years. The risk of the use of nuclear weapons is the greatest in decades. Despite the five permanent members of the UN Security Council declaring in 2021 that nuclear war should never be fought, all members continue to expand their nuclear arsenals.

This is the first shipment of Ukrainian grain delivered by sea to northwest Spain via a new sea route.