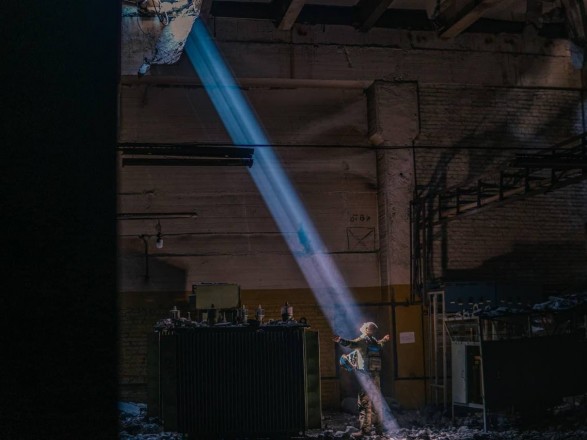 Daily banner: Occupation of Irpin – an exhibition Irpin Invincible dedicated to the war in the city will be held in Brussels

From 3 to 4 June in Brussels will host the Irpin exhibition dedicated the war in this city. It demonstrates the death and devastation that the Russian occupiers have caused. Organizers want to to give as much publicity as possible to the events now taking place in Ukraine because of the war. The exhibition will feature the remains of unique cultural artifacts, things of local residents, etc.

The photographer and soldier of the Azov regiment, who took photos at Azovstal, received a special award from the Polish Prize. Head of the Grand Press Foundation said that they believe Dmytro will get his diploma in person at next year’s contest. Before leaving Azovstal, Dmytro asked Ukrainians to send his photos to all possible competitions.

Aljazeera: 100 days in, UN says Russia-Ukraine war ‘will have no winner’

UN has called for an immediate end to a war. Millions of people still need humanitarian aid, some of them don’t have access to water and electricity. The UN is urging Russia to reopen ports to avoid a global food crisis as Ukraine’s Black Sea ports are blocked for grain exports.

There is scepticism in some capitals about a fast-track approach, nevertheless Ukrainian officials are starting concerted diplomatic push to begin the country’s journey towards EU membership. Since the beginning of the war, many in Europe favoured putting Ukraine on a speedy path to EU accession by granting it candidate status. Getting Ukraine candidate status was the first step in the process of gaining full membership, but even that decision is in question as France, Germany, the Netherlands and the Nordic countries are among the skeptics.

Yahoo: More than 45,000 Americans have applied to sponsor Ukrainian refugees

Almost 7 thousand Ukrainians had arrived in the U.S. under the Uniting for Ukraine program. Uniting for Ukraine requests are reviewed in a matter of weeks and everything is done electronically. Through this program, the U.S. government is enlisting everyday Americans and groups to directly finance the resettlement of Ukrainians displaced by the largest refugee crisis.

The Daily Mail: 100 days of war – Russia now holds 20 percent of Ukrainian territory – as pictures reveal the horrors of the conflict so far

Ukraine marked 100 days since Russia’s invasion. Volodymyr Zelenskyy said that Russian army now controls 20 percent of the country’s territory. Thousands of people have been killed, millions left their homes.  Russia’s assault on the Donbas was now killing up to 100 Ukrainian soldiers every single day.