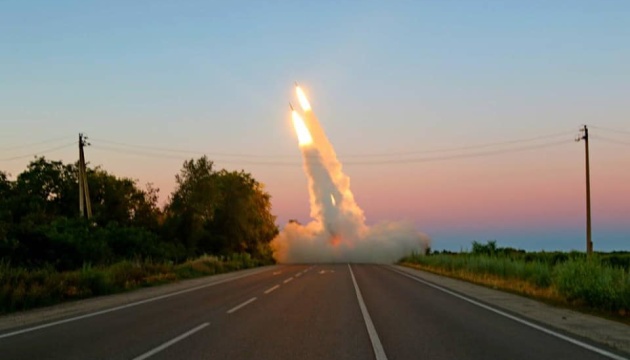 What writes the world press about the latest events from Ukraine in EMPR digest as of July 8, 2022.

The U.S. announced the discovery of 18 filtration camps set up by the Russians. According to them, the camps had been set up in advance, even before the war began. Ukrainians were tortured, interrogated, beaten, and sent forcibly to Russia. All those involved will be held accountable.

The “Come Back Alive” fund bought 300 drones for the Armed Forces of Ukraine from a Latvian company. They bought 100 atlas complexes, and the first drones are already helping to fight the Russian army.

The atlas drone is very compact, has good communication and is suitable for any weather.

Read more on news of max.

Canada is sending armored support vehicles to Ukraine as part of a $500 million military assistance package. They will help the Ukrainian military resist Russian soldiers.

Canada’s Defence Minister visited the factory that manufactures the vehicles and thanked the employees for their work.

The Ministry of Defense called three possible ways to end the military operations of the Russian Federation against Ukraine.

According to Oleksiy Reznikov, the war in Ukraine may end according to three scenarios.

The first scenario is a goodwill gesture of the Russians, Ukraine will take the positions it had before February 24 and start negotiations on Donbass and Crimea. The second scenario is a fight against the Russian army with new weapons. The third scenario is the breakup of Russia into several different entities.

Read more on the Daily Banner.

UN says world may face mass starvation. Ports in Ukraine must be unblocked because it is an important supplier of wheat to many countries. The export problem is exacerbated by global shortages and higher fuel and fertilizer prices.

“Not all refugees are treated the same”.

Al Jazeera interviewed Oksana Pokalchuk, head of Amnesty International Ukraine. When asked about the difference between the war in Ukraine now and other recent conflicts, Oksana said that the war with Russia now differs in the level of reception and support for refugees by other countries. Pokalchuk also said that not all refugees are treated equally and there are cases of discrimination.

Amnesty International is gathering evidence about the tragedy in the Mariupol Drama Theater by talking to people who were there.

U.S. to send $400 million in weapons to Ukraine, including more HIMARS.

The US has announced a new $400 million military aid package to Ukraine. It will include 4 HIMARS and more accurate munitions. Ukraine uses HIMARS systems only within Ukraine.

To date, the US has committed $7.3 billion since the start of Russia’s attack on Ukraine.