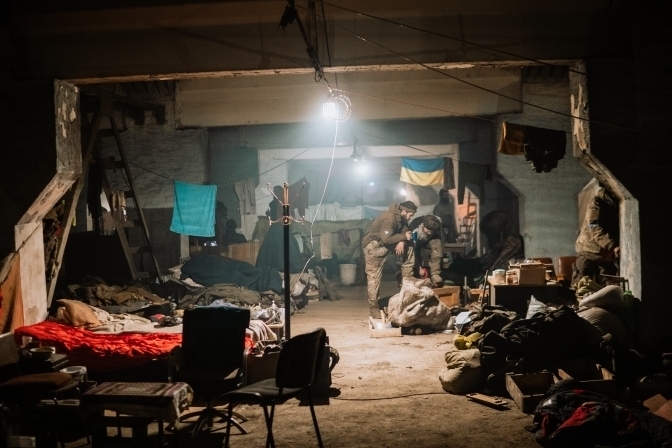 The Washingtonpost: Dozens of bodies of Azovstal defenders awaiting recovery

A former commander of the Azov regiment said that the bodies of the fighters who died defending Azovstal in Mariupol have yet to be found and they should all be returned home. A difficult process of identification of the bodies begins, as most of the bodies are in a terrible condition and it is impossible to visually recognize them.

The fate of the plant’s more than 2,500 fighters taken prisoner by the Russians remains unclear.

The Guardian: Ukrainians who fled to Georgia reveal details of Russia’s ‘filtration camps

Olena, a Ukrainian woman, was summoned for questioning by Russians in a filtration camp when she fled her home in Mariupol.

Unable to escape from Russian-occupied cities, Ukrainians face a dilemma: stay in their city or flee to the aggressor’s country Russia.

To enter Russia, Ukrainians must go through a filtering process, during which you are photographed, the contents of your phones are examined and questions are asked.  Most of the buses that take filtered Ukrainians to Russia stop in Taganrog.

Ukraine intends to prevent a global food crisis, so it has established two routes through Poland and Romania to export grain. Russia’s invasion has halted grain exports from the Black Sea, leading to shortages and soaring prices. Ukraine is negotiating with the Baltic states to create a third corridor for food exports.

The family of the former British soldier reported that he died in Severodonetsk. Jordan Gatley joined the Ukrainian army in March to help fight Russia. The family received news Friday that he had been shot and killed.

The British Foreign Office is supporting the British soldier’s family.

Thus, only one of the three bridges remains, and the number of routes by which civilians could be evacuated is reduced.

Severodonetsk is the last city in the Luhansk region of Donbass still held by Ukraine, and its loss would be a serious strategic strike.

The New York Times: As the Russians close in, civilians in Lysychansk must decide whether to stay or go.

In Lysychansk, people were helped by food packages from a red armored van for the first time in months. Lysychansk is likely to be the next city that the Russian troops will try to capture.

Although most of Lysychansk has been evacuated, many people have stayed behind due to lack of money or the need to care for relatives.

An American 21-year-old paramedic girl known as “Baby Dog” was living in Utah when the Russian invasion of Ukraine began. She wanted to help Ukraine and joined the fight to protect the country under Russian attack. Her Dutch comrade passed away in Ukraine recently.