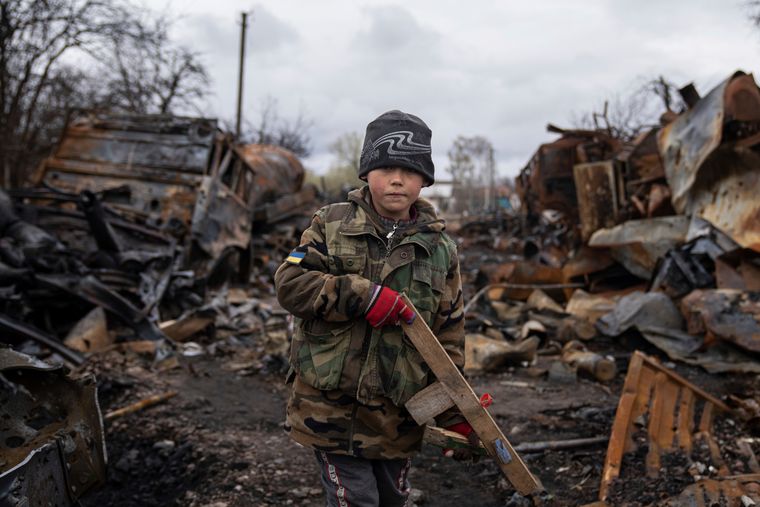 The New York Times: The loss of a final bridge to Sievierodonetsk may hurt Ukraine’s ability to hold its ground.

The bridge connecting the eastern city to Ukrainian-controlled territory in the west has been destroyed.

The destruction of the bridge could help Russia capture the city, as it would be more difficult for the Ukrainian military to reinforce its positions or retreat.

CNN: Ukraine war ‘perhaps in some way either provoked or not prevented,’ says Pope Francis

Pope Francis thinks NATO actions could in some way provoke or not prevent the Russian invasion in Ukraine.

During an interview for Italian newspaper La Stampa, the pontiff condemned the cruelty of the Russian troops, but said that there is no “metaphysical good and evil” in this conflict.

Pope added that before Russia invaded Ukraine, he met with a head of state who was worried about the direction in which the NATO was moving.

The Guardian: Millions at risk in South Sudan as Ukraine war forces slashing of aid

World Food Program suspends food aid to South Sudan over insufficient funds. Much of the funding is being cut as countries seek to allocate large budgets to meet Ukraine’s enormous humanitarian needs.

WFP says it needs an additional $426 million to restore the full scheduled food aid program for the next six months.

The U.N. secretary-general has accused some countries of making a dangerous leap toward fossil fuels in response to the war in Ukraine.

Guterres said that the energy crisis has led to a dangerous doubling of the share of fossil fuels in major economies.

He also called for more funding for poorer countries as they face the effects of climate change.

The Daily Mail: Red-tape nightmare could see girl, four, sent back to her parents in war-torn Ukraine after she was refused UK visa because ‘grandmother she is travelling with is only her temporary guardian’

Alika, a four-year-old girl, is in danger of being sent back to Ukraine, even though she has a sponsor in Britain because she is traveling with her grandmother and not her parents.

Alika’s parents gave written consent for their daughter’s departure with Tanya, and they left for Poland.

Since Tanya has only temporary notarized legal guardianship over Alika, it turned out that the girl would not be able to get a visa to the UK and would have to return to her parents.

The Daily Banner: The largest online IT conference NIX MultiConf #5 was held in Ukraine

Despite the war in Ukraine, the Ukrainian IT industry continues to develop, so the NIX MultiConf #5 online conference was held.

The speakers were well-known representatives of Ukrainian business and world IT-stars.

During the online broadcast there was a fundraiser for the Armed Forces of Ukraine.

The team had planned to hold an offline event in Kharkov, but because of the war, the event was held online and the results were impressive with over 40,000 views.

Ukrainian officials are requesting dozens of systems to prevent a Russian offensive in the eastern part of the country. U.S. government to send additional multiple rocket launchers to Ukraine.

High-ranking Ukrainian officials have indicated that they need at least 60 multiple rocket launchers if they are to have any hope of defeating a Russian offensive.