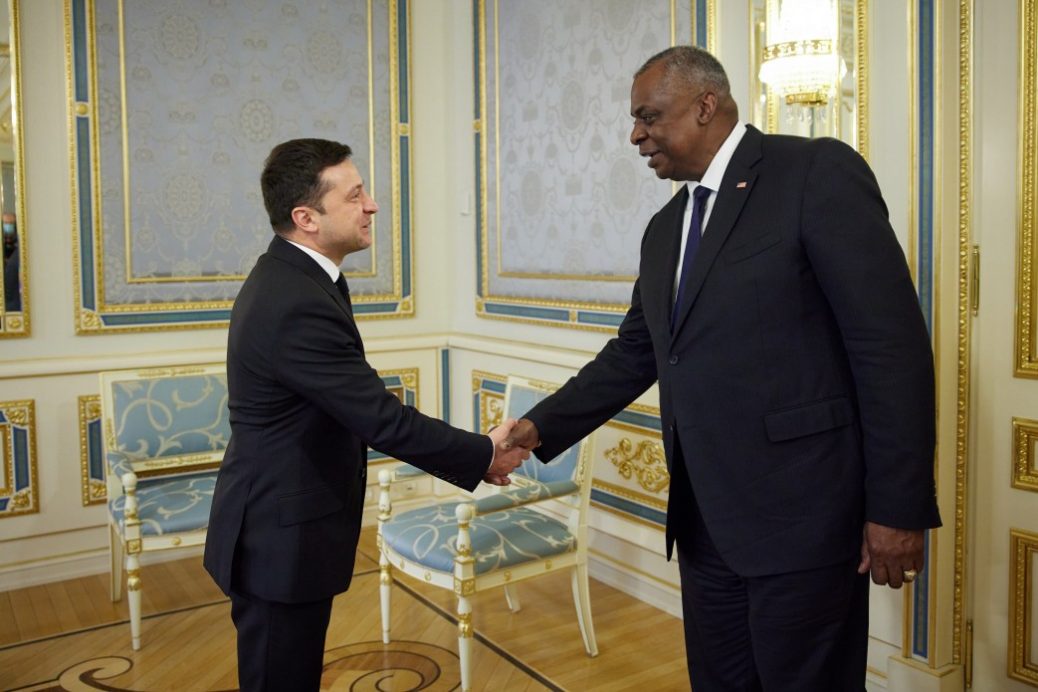 The working visit of Lloyd Austin, the US Secretary of Defense to Ukraine is now being actively discussed by the Russian media. And it looks like they got a certain directive – to negate the significance of this event.

This is not surprising. The seriousness of this step lies not only and not so much in what Lloyd Austin himself said on the eve of his arrival in Kyiv. In a tweet, the US Secretary of Defense wrote that the purpose of his visit was to express unwavering support for Ukraine’s efforts to preserve its independence and territorial integrity. Besides, he stressed that “we will continue to do everything we can to support Ukraine’s efforts to develop the capability to defend itself and to resist Russian aggression in the future.”

These words are definitely important. However, the seriousness of the visit of a US official of this level is not only in this.

Firstly, after all the meetings held by President Zelensky on American soil, no matter how the Russian media tried to feed the idea that the United States  had abandoned Ukraine to the whims of fate, the visit of the head of the American defense department says just the opposite.

Secondly, Lloyd Austin’s visit itself is a reminder to Russia that Ukraine is not alone in its desire to finally break free from the tenacious clutches of the USSR, that it has a significant ally – the United States.

Add to this the phrase of the US Secretary of Defense regarding the role of the Russian Federation in the defensive war that Ukraine has been waging for almost eight years. “Let’s say clearly that Russia started this war, and Russia is the stone that hinders a peaceful settlement. They began to violate the territorial integrity and sovereignty of Ukraine,” Austin stressed during a joint briefing with Ukrainian Defense Minister Andriy Taran in Kyiv.

And given that Lloyd Austin has personally got acquainted with the situation near Russia’s southern borders, visiting Georgia, Ukraine and Moldova, we can conclude that the United States has decided not to take into account the so-called “red lines” drawn by the Kremlin for Ukraine.

Just like a couple of months ago, the British destroyer with the symbolic name “Defender,” adhering to the requirements of international maritime law, did not even pay attention to Russian occupation army’s attempts to change its course in Ukrainian territorial waters.

By the way, the National Security and Defense Council of Ukraine has created a glossary in connection with the temporary occupation by the Russian Federation of the Autonomous Republic of Crimea, the city of Sevastopol, as well as certain areas of Donetsk and Luhansk regions.

This list of terms is recommended by the National Security and Defense Council of Ukraine for use by state and local authorities, diplomatic missions of Ukraine, mass media and public sector organizations.

Terminology in the information space is definitely important, because the constantly repeated terms are comprehended as concepts, which helps Russian propaganda to promote certain information attacks, coloring them in the right tones and attaching to the facts totally different meanings.

Today the whole of Ukraine is such a contact battle line, including a conditionally neutral inter-positional space. In fact, we – Ukrainian citizens – patriots, volunteers, representatives of the Armed Forces of Ukraine and its law enforcement agencies are the last barrier between the aggressor, who did not give a damn about the established world order, and the world that wants to live by the rules, between darkness and light, civilization and savagery, a dead end and a road to the future.

And if this is not understood in Europe in the near future, the consequences will be dire, primarily for Europe itself.