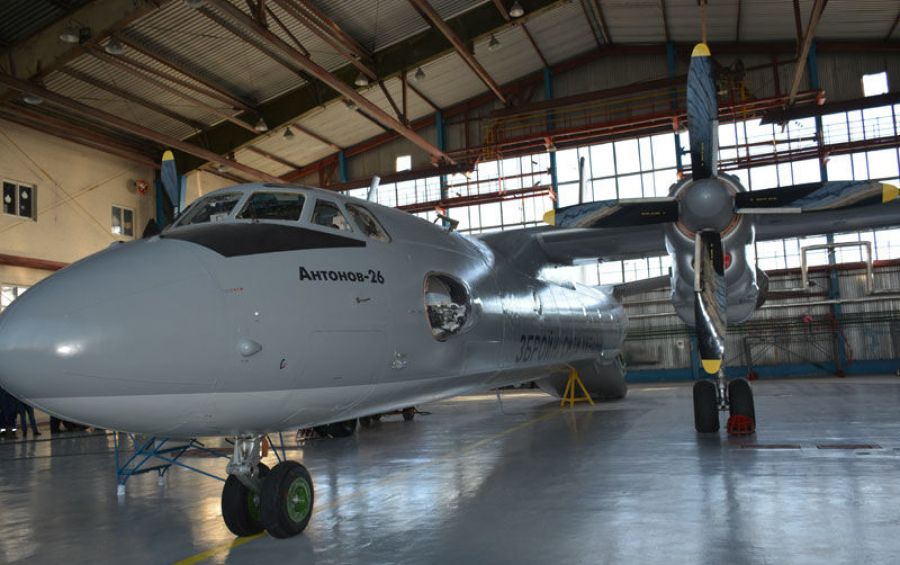 A week ago BIHUS.info published the first and second parts of investigation on corruption in Ukraine defense sector.

They told about a trio of daring young men who embezzled at least 250 million of Ukroboronprom state-owned concern.

One of those “boys” was Ihor Hladkovskyi, a 22-year-old son of the Deputy to the Secretary of the National Security and Defense Council Oleh Hladkovskyi. Among the participants of the fraud we also mentioned Hladkovskyi Senior and Pavlo Bukin, who heads the entire Ukroboronprom today.

After the material was published, Hladkovskyi Senior and Bukin undertook interviews. Hladkovskyi Senior denied his involvement in the scam. Bukin wondered why his name had sounded in the investigation, because at the time described in the investigation of events (2015-2017) he “only” headed one of the concern companies – Ukrspetsexport. And, according to Bukin, it had not had any business with the “boys”.

Bukin even called Vitaliy Zhukov a “presumptuous silver-spooner”: “I did not allow him anywhere near organizing any deliveries in the interests of the company (Ukrspetsexport – Ed.) or the concern.”

Both Bukin and Hladkovskyi Senior, before making such statements, should have waited for the publication of the following part.

AN-26 is the most famous Soviet military transport aircraft. To date, these aircraft have been in service in post-Soviet countries. And to date, those countries have been repairing them in Kyiv, at the Ukroboronprom plant – Plant 410 CA. For example, the plant repairs aircraft of the National Guard of the Republic of Kazakhstan.

A year ago, President Poroshenko visited the plant and made a very long speech: “I was pleased to hear positive feedback from our colleagues from India, Bangladesh, and Kazakhstan. Ukraine and its aircraft building companies remain very privileged partners for our foreign friends.”

However, there are things they definitely don’t tell “foreign friends”. For example, how much “national friends” earn on these contracts.

Although ANs were repaired at Plant 410, spare parts were purchased by Ukrspetsexport (USE), which was then headed by Pavlo Bukin. In August 2016, USE concludes an agreement for the supply of spare parts with the Ukrainian company AN Service LLC. The contract was reported in Prozorro. Briefly and succinctly: 14.38 million UAH are paid for unfathomable “special equipment”.

According to the AN Service financial reports, USE did transfer exactly this amount to the company. For six aircraft instruments – altimeters. They bought three different models, two pieces each – apparently, a set for two planes. Those were altimeters RV-5MD1, VEM-72FG and VMF-50 produced in Russia.

Such equipment was really delivered to Ukraine. According to the Customs, this happened six months after the contract had been signed, in January 2017. The altimeters were custom-cleared by AN Service itself, and the price declared on the border was not very different from the contract one – UAH 11.85 million, and was imported from the UAE. The local sending company (Double Power FZE) in order to conceal the military purpose of parts, identified them for export as “spare parts for civilian helicopters.” It was Double Power FZE that bought them from another UAE company, which, in turn, bought them directly from a Russian straw company. According to the international import database Import Genius, the actual purpose of the shipment was encrypted, beginning from Moscow up to the customs clearance in Kyiv.

Thus, in the spring of 2017, the concern happily announces – Ukraine has successfully completed the Kazakh contract and delivered AN-26, 2 units of them.

An important point: in order to avoid accusations of blocking the delivery of parts,” we do not publish details about the sender, nor the first receiving straw company in the UAE (and we did not publish information on smugglers in the previous parts). But we note that the information on this transportation is contained even in international customs databases and is fully documented. We will focus on the churning surcharge.

So, everything looked very decent, both the documents and the price. However, it didn’t.

The first thing you need to know about this purchase – Ukrspetsexport paid SEVEN times too much for the altimeters.

As it was the case with smuggled spare parts for armored vehicles, the problem with altimeters is not their Russian origin. If this equipment is absolutely necessary and there is no alternative, then we should be happy that there are experts capable of providing the Ukrainian defense sector with all necessary things. But. Let’s take a closer look at the altimeters’ prices.

The concern in Ukraine bought altimeters from AN Service at UAH 14.38 million, and AN Service declared the price of UAH 11.85 million at the customs. It doesn’t seem a huge difference, but honest distributor profit, does it? But the price of 12 million at the customs was declared exactly in order for the price of 14 in the contract not to raise any questions. In fact, what arrived in Kyiv at allegedly 12 million hryvnias had left the Emirates five times cheaper.

The documents above are the customs declaration and the UAE Double Power FZE certificate. On both documents, the price of the cargo is 90,000 dollars. Less than 2.5 million hryvnias at that time. You could assume that the cost was lowered in the Emirates – for example, in order to avoid customs payments. But that did not make sense. The city of Sharjah, through which the altimeters were carried, is a free economic zone. Zero customs payments. Nothing had to be underpriced.

We dug deeper. According to the international customs database Import Genius, the cargo was shipped from Moscow at even less than $ 90 thousand. This means that in fact, the altimeters cost seven times cheaper than the state-owned concern kindly paid Hladkovskyi Junior and a “gang” for them.

The second thing you need to know about this purchase – Ukrspetsexport is not the victim of the smart dealers. Bukin knew exactly that the altimeters did not cost that much.

Below is a piece of his talks with Zhukov. Today, Bukin denies any relationship with Zhukov, and any relationship to the business of the “boys” as such, and he even states that he “did not allow” this “presumptuous silver-spooner” to the purchases made by Ukrspetsexport. However, two things are obvious from their correspondence. The first one – Zhukov and Bukin have been friends. They even planned a family holiday in France. And the second – in the summer of 2016, Bukin personally ordered Zhukov to organize the delivery, and he knew about overpayment.

That is, Bukin  (then the head of Ukrspetsexport, and now promoted to the rank of chief director of the entire Ukroboronprom concern) does not panic because the international contract is broken. Instead, he turns to the boys with the offer “there is money – let’s cash in.” So, as you already know, they succeeded in receiving sevenfold personal profit.

The third thing you need to know about this purchase – the overpayment was made not only for Zhukov, but also for Zhukov-Hladkovskyi’s group. Moreover, the boys also gave Hladkovskyi Senior a share for the scam.

Ukrspetsexport headed by Bukin concluded the agreement with “AN Service” on August 26, 2016. In less than a week, Ukrspetsexport made an unusually large advance payment to the company, 80% of the contract amount. According to the company’s financial statements, it started receiving tranches as of August 31, 2016. Total for a week -UAH 11,501,799.99. After the delivery of altimeters, that is, after the full implementation of the contract, the remaining amount of UAH 2, 875, 450 was transferred to the company.

According to the correspondence of the participants in the scheme, most of this money – the very unprecedented advance of 80% – was converted into cash and shared among them before the goods were delivered. This is clear from Zhukov’s correspondence with Ihor Hladkovskyi and Bukin.

The accounting of the group, by the way, looked like this – (note that the total tranches of Ukrspetsexport for “AN Service” coincide). That is, there is no doubt it’s about a scam with altimeters. Zhukov also received these “calculations” from another participant in the scam – Stanislav Hosh, another former employee of the concern, ex-deputy director of “Ukrinmash.”

According to these calculations, the official part of which is confirmed by the data of the Russian, Emirate and Ukrainian customs, as well as financial statements of the above Ukrainian companies, the state-owned concern paid 580 thousand dollars for the goods, the net cost of which is 85 thousand dollars. Sevenfold overpayment.

Thus, adding real transportation expenses, altimeters could be brought to Ukraine for 120 thousand dollars. That is, fair and square – a fivefold overpayment with all-inclusive for the purchase and delivery.

And now let’s calculate the profit of the organizers of the scheme. Of $ 460,000 overpayment, the group spent $ 160 thousand on organizing the fraud: cashing in of money, transit firms, customs clearance at an inflated price. The net profit amounted to 300 thousand dollars.

Now let’s move on to the distribution of buns. A pink piece of paper on the top was sent by Zhukov to Hladkovskyi Junior. It shows how the first advance tranche for the altimeters was divided. Zhukov also assigned the shares of the participants.

Pay close attention to a phrase “OV will receive 30”. OV is Oleh Volodymyrovych. Hladkovskyi Senior. It is under the code name “OV” that he is mentioned in the correspondence between his son, Zhukov and the heads of defense enterprises. The Deputy to the Secretary of the National Security and Defense Council, Presidential “monitor” for the defense sector will receive as little as 30 thousand dollars. This is a share of the advance payment for the altimeters only. Unfortunately, it is unknown how the remaining money was divided.

However, it follows from the correspondence that the boys gave Hladkovskyi Senior a share for not only the altimeters. The story about aircraft instruments is just a drop in the sea. One contract only. The boys had dozens of contracts. As we have already mentioned in the first part of the investigation, three of their fictitious companies had fleeced 250 million hryvnias from defense plants. f. And judging from the conversations between Zhukov and Ihor Hladkovskyi, his father also was supposed to receive his share in the schemes with spare parts for armored vehicles.