Lustration just hanging around or a new kind of destabilization 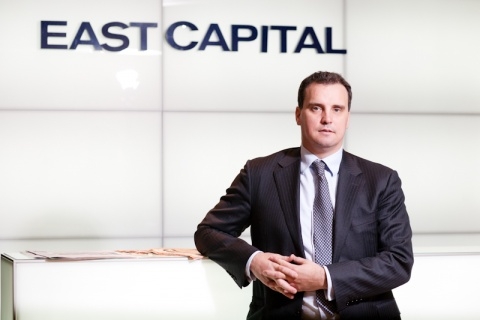 Ukrainians are increasingly concerned that the momentum for implementing a policy of lustration in the government has been sabotaged, and without the implementation of the policy any kind of change in the catastrophic situation in Ukraine is impossible. The Kremlin is not only physically destroying the Donbas, it is concentrating any and all means available to destroy Ukraine’s economy.

Afraid of Russia’s military aggression the west is providing generous loans to Ukraine. But who will be paying for those loans? Under what conditions?

Are the soldiers in the conflict zone dying so their children and grandchildren will inherit the huge national debt? How then can the leadership of our country be effective? Certainly not by sabotaging the reforms the implementation of which would have stopped long ago were it not for the alert activists who are constantly on guard ready to throw rotten tomatoes at the parliament building. And certainly not in its inability (or unwillingness) to see the obvious strategic objectives it is necessary to execute to stop Ukraine from crashing into the abyss.

George Soros has stated on several occasions that the west, not Ukraine, should take on the responsibility of funding the war in eastern Ukraine for the simple reason that neither Europe nor the United States were willing to provide Ukraine with security of its sovereignty that was promised in exchange for giving up the nuclear weapons. And if and when the deaths of Ukrainian soldiers will fail to stop the Kremlin’s expansionist policies Europe will be the next victim.

Statements like the one Mr. Soros makes mean one thing: Europe is well aware of this and Europe is prepared to pay handsomely. There is just one small problem: it is incumbent on the Ukrainian officials to be professional when negotiating with Europe. Of course the west expects Ukraine to honor the one condition that is required in any negotiations, which is that Ukraine must decrease the level of corruption at least to the point where Ukraine would be able to perform its minimal requirements. Who wants to promise help to a bunch of shameless foreign officials even if they do speak English and even if they are more sophisticated than Yanukovich was?

Neither the majority of the politicians nor the senior government officials who came to power on the blood of their fellow citizens are willing to comprehend this.

An old joke comes to mind in which a simpleton is asked what he would do if he were king. The simpleton replies, “I would make a hundred rubles and then I would run away!” The bad news for local “lords” is that the world has changed and the citizens of Ukraine want to see qualified, educated Ukrainian citizens governing the country, not a bunch of stupid simpletons with upper-class mannerisms.

Besides being inadequate and disappointing, the current leadership raises serious alarm. It is a pity that the Security Services, whose direct responsibility should be the security of the country, does not vet government contenders as to their concern for the success and prosperity of Ukraine versus their enthusiasm for enriching Russia.

All of this is evident to every Ukrainian citizen most of whom for the salvation of their country are helping the Ukrainian Army however they can, no matter what, and possibly because a deep-rooted memory of communist oppression and famine is driving them.

To prove that concern is merited EMPR maintains that several of the recent appointments to government positions should be viewed as alarming. All our information comes from public sources and is easy to verify.

December 30, 2014 twenty-four year old Dmitriy Vovk, former employee of the Russian division of President Poroshenko’s company Roshen was appointed acting head of the National Commission for State energy and utilities regulation by decree of the President of Ukraine. As reported by the media, the newly appointed official has no experience in the energy sector. But that’s not the point. The point isn’t even that Mr. Vovk was fired by Roshen for incompetence. To understand the urgency of the situation it is important to answer a simple logical question: why did a giant corporation capable of outbidding the best managers in the world choose to hire a twenty-two year old kid with no special skills to be manager of Sales and Development for a huge company Rishen in a huge country as Russia? Apparently the young man had some excellent connections in that country? It is of the utmost importance to realize that decisions made in the second most important sector of national interest after defense will be made by a man with exclusive connections in thoroughly corrupt Putin’s Russia that is presently at war with Ukraine.

Again, it is important to understand that decisions involving the development of Ukraine’s economy will be made by a man whose company has invested USD 5 billion in the country that is currently at war with Ukraine.

Another simple logical question: in which country’s economic development is the minister really interested?

Apparently in the distant past (keeping in mind the speed of developments in today’s Ukraine) back in 2011 Mr. Abromavicius did not think that he would be appointed Minister of Trade and Economic Development in Ukraine. Otherwise he wouldn’t have been so frank in his responses at the interview?
Although a policy of rationalizing future mistakes has been discreetly put in place.

It is up to the citizens of Ukraine to investigate what guides the President in his appointments to government positions since the media does not consider it important or necessary to inform the public about obviously inconvenient facts in regard to the appointees.

It’s humiliating, isn’t it? It is an inexcusable humiliation for us who have gone through a Revolution of Dignity that cost so many lives.

More information about the appointed senior officials is available on various sites, the INSIDER is an example. And please, do not stop using Google to keep track of what is going on in the government.

Do not give up in general. Do not be lulled by the hypnotic speeches written by the best of the best and the most cynical of the cynical “geniuses” working in PR and propaganda. Trust only what you see in reality. Watch what the government does with your eyes wide open, question and challenge the authorities, slap their hands and throw tomatoes at them when necessary.

Of course it’s not easy. But whoever said it would be easy? There is no alternative leadership for the time being and before a new, competent leadership emerges we are at risk of losing everything. Of losing each and every one of us. There is no turning back. There must be across the board progress in introducing and implementing improved opportunities and initiatives and the policy of lustration must be conducted honestly and effectively.