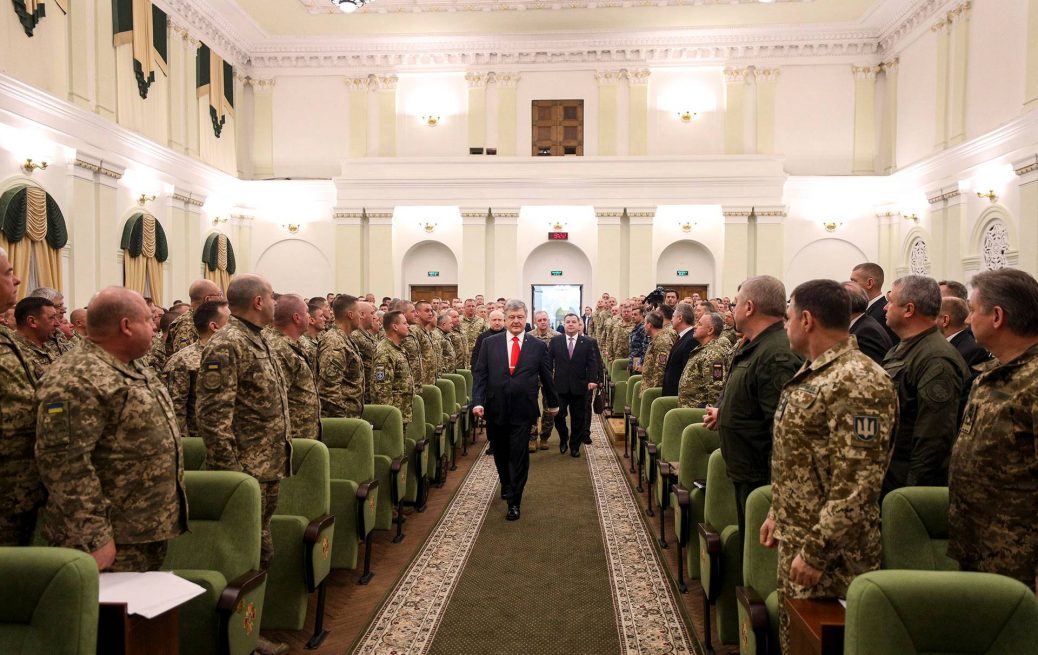 The team of investigators BIHUS.info unveiled the first part of a large-scale investigation of corruption and embezzlement in the defense sector of Ukraine, which involves associates of President Petro Poroshenko.

According to journalists, Oleh Hladkovskyi, Poroshenko’s friend and partner, member of the National Security and Defense Council, his 22-year-old son Ihor and general director of Ukroboronprom Pavlo Bukin are involved in the scheme of withdrawal of hundreds of millions of hryvnias from the Ukrainian defense sector.

According to investigators, at the beginning of the Russian aggression in 2014, the scheme participants – Hladkovskyi, his son Ihor, former employee of the concern Vitaliy Zhukov and heads of defense structures of different levels – colluded with defense officials.

They bought military spare parts from Russian smugglers, as well as in the warehouses of the Ukrainian army. They significantly boosted prices and, in league with the state-owned Ukroboronprom concern, sold spares to its plants. This group soon became a privileged supplier for state-owned plants and received contracts for hundreds of millions of hryvnias.

Until 2014, as journalists say, Russian parts were officially bought by Ukraine, but after the Russian aggression, an import substitution program was introduced. The government reported that purchases from Russia had completely stopped, but they simply “withdrew into the shadows” with the help of fake contracts with non-existent companies.

According to journalists, the sham company “Optymumspetsdetal” became the center of shady business. Hladkovskyi’s team converted the received money into cash. Then the money was spent on kickbacks for the plants, bribing investigating bodies and high lives.

According to investigators, the organizers of kickbacks and embezzlement schemes in the defense sector had an “immunity subscription” from law enforcement agencies.

“Just to give you an idea of the extent of a hole on the border: the smuggling rate was so high that the suppliers even managed to confuse what and to whom they were supplying,” said journalist Lesya Ivanova.

Investigators revealed that Hladkovskyi’s group had received at least 250 million hryvnias from “Ukroboronprom.” However, journalists do not rule out that Poroshenko’s entourage received much more than the specified amount.

Thus, another POP’s myth has been debunked. At a time when he was telling the world about the “ARMY,” he and his entourage simply cashed in on the war, on the blood of our soldiers. Apparently, nobody doubts that such schemes and fraud could not be carried out without the knowledge of the Commander-in-Chief.

I want to remind you that soldiers of the TORNADO battalion were the first to disclose the information about the smuggling, and the fact that our government is cashing in on this war and that it is interested in this war. They showed the whole country the indisputable evidence of the extent of the illegal trade of our power with the invaders. That is why the power got rid of them and accused them of preposterous crimes. However, “there is nothing hidden that is not shown.” Every day fewer and fewer people doubt that Poroshenko is the main traitor, the main enemy of Ukraine.