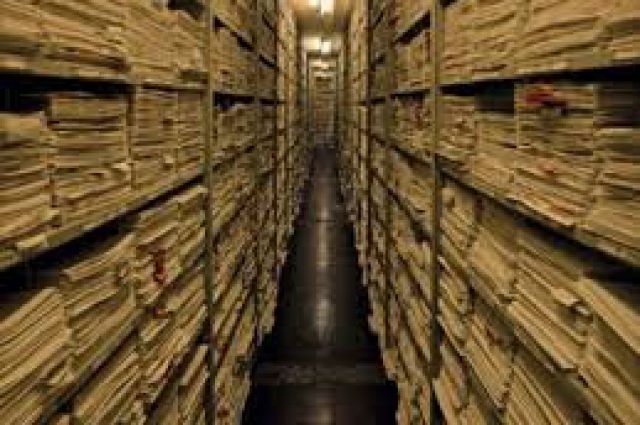 Soviet People’s Commissariat for Internal Affairs (NKVD) archive sheds new light on the confrontation between the Ukrainian Insurgent Army (UPA) and the USSR.

The large body of more than 3.5 thousand documents of the Internal Troops of the People’s Commissariat of Internal Affairs (NKVD) of the Soviet Union, which has recently become publicly available online, clearly demonstrates that the liberation movement in Ukraine is not a marginal phenomenon as has been presented by Soviet and now Russian propaganda.

The documents shed light on the confrontation between the NKVD Internal Troops of the Ukrainian District based in Rivne and the Organization of Ukrainian Nationalists and the Ukrainian Insurgent Army.

Ivan Patrylyak, Dean of the Department of History of the Taras Shevchenko National University of Kyiv writes the following about these documents, “The newly available documents are undoubtedly a valuable historical source. They prove that the liberation movement was not a marginal phenomenon because whole NKVD brigades were charged with liquidating it.”

The documents cover the events that took place in 1944-1945 in Volyn, Rivne, Ternopil, Lviv, Ivano-Frankivsk regions.

The collection contains unique evidence of the plans and instructions of the NKVD top leadership to combat the underground movement, operational information, a detailed analysis of operations, and reports against individual officers. The collection also includes detailed drawings of insurgents’ caches made by NKVD officers, lists of casualties on the part of insurgents and reports on weapons seized by NKVD forces.

It is clear that the original archive may be located in Moscow. It was removed from Ukraine in the late 1980s, but in the mid-1990s, Ukrainian researchers managed to copy about 400 files from the archive and return them to Ukraine as microfilms. So digital copies of these documents have an almost thirty-year history of returning to Ukraine.

The collection of three and a half thousand documents was prepared and published as part of the project “Making the Past Available: Digital Return of Exported Archives on the Struggle of the USSR against the Liberation Movement” implemented by the Center for Research on the Liberation Movement in cooperation with the Branch State Archives of the Security Service of Ukraine with the support of the Ukrainian Cultural Foundation.

The documents are available on the website of the Electronic Archive of the Ukrainian Liberation Movement in the collection of the NKVD Internal Troops against the Ukrainian liberation movement in 1944-1945.