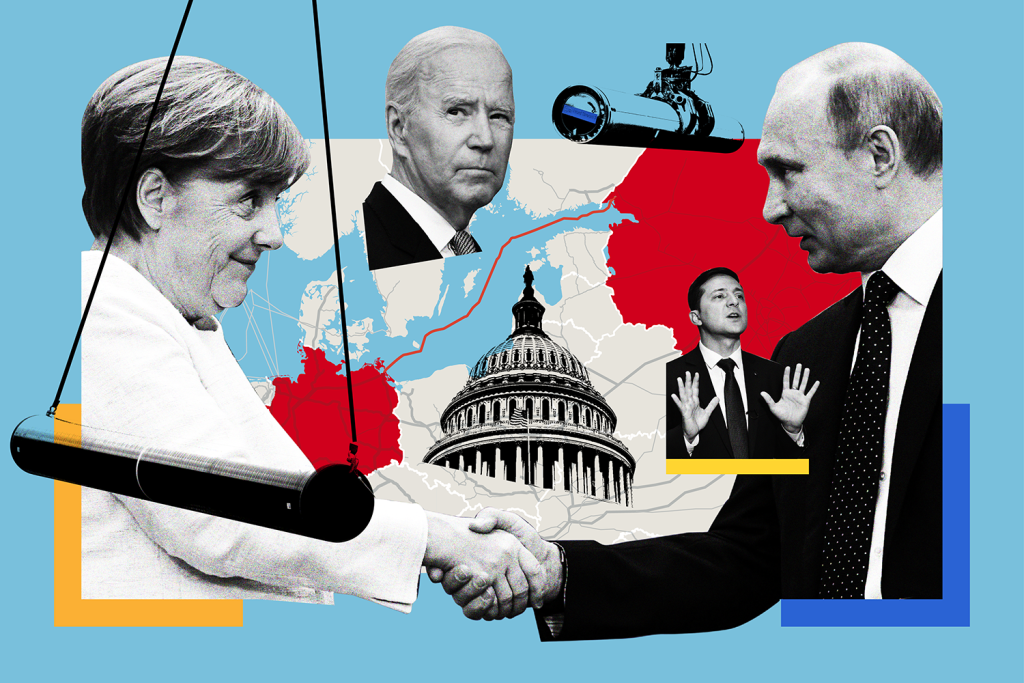 This was announced by the US Secretary of State Antony Blinken. Аmos Hochstein took over as Department’s Senior Advisor for Energy Security. This appointment openly surprised many, because although Hochstein previously held the post of Special Envoy and Coordinator for International Energy Affairs, he is by no means a supporter of this project. Quite the opposite.

By the way, the Kremlin has repeatedly stated before, understanding the influence of the USA on the situation around the pipeline, that the very appearance of a special representative for NS-2 from the United States poses risks for the launch and operation of the project. The Kremlin directly called the appearance of such a position American interference in the internal affairs of countries on another continent, not to mention Hochstein’s appointment as NS-2’s risk mitigator.

There are real risks here. Ukraine, as known, will lose a total of at least $ 7 billion annually when Nord Stream is launched, and this is only according to the preliminary estimate voiced by Sergey Makogon, General Director of the Ukrainian GTS Operator (OGTSU), during an interview with a representative of the Exploration & Production Consulting. Besides, it will lose one more trump card in the confrontation with the Russian aggressor.

How important are these funds for Ukraine?

Currently this, essentially a European country, has been waging a defensive war for more than 7 years, and at the same time has been conducting large-scale reforms, striving to become a member of NATO and the European Union, and overcoming unjustified resistance from a number of EU member states on this path. In fact, it is Ukraine that today is the only barrier between the Western world and Russia. Therefore these funds are definitely important because the resistance to the aggressor and the implementation of reforms are not cheap, as you know. But it’s not only about money and not only about Ukraine.

After all, only those who initiated its creation, that is, the Russian Federation, can probably predict today the true results of the launch of NS2 and its long-term consequences for both Ukraine and Europe.

Perhaps this is exactly what Antony Blinken meant when he said that the appointment of Amos Hochstein underscored the Administration’s commitment to promote energy security for the United States and its allies and partners. Because Hochstein, who belongs to the party of “hawks,” is rightly considered one of the main votes against Nord Stream-2. The AXIOS portal explicitly calls NS2 “a strategic and financial priority for the Kremlin, which will allow Russia to bypass Ukraine and deliver gas directly to the heart of Europe.

What could mean for Ukraine the desire of the US President to control the functioning and consequences of NS2 as efficiently as possible? Perhaps, when commenting on the appointment of Hochstein in terms of US concerns about the security of allies, Blinken was referring to Ukraine as well.

It seems that this appointment is a kind of signal of a real change in the US course towards Ukraine. The agreement on the pipeline between Biden and Merkel has been known by many names. But politics, like medicine, does not seem to like jumping to conclusions. Right?