Report from Russia: training camp for DNR and LNR terrorists Training camps for DNR and LNR terrorists are openly operating in Russia. Aside from providing training for the terrorists themselves, the ‘art of war’ is taught at the camps to school-age kids. Small arms are used in the training exercises. Among the instructors are well known war criminals as well as Russian Neo-Nazis who are guilty of torturing and murdering Ukrainian prisoners of war.

The terrorists publish their photos and videos of the military camps in social networks. Alexander Borodai, the former leader of the DNR, and one of the original planners and coordinators of the war in Donbas, is the sponsor of the military camps in the Moscow region. The group E.N.O.T. Corporation, also known as Yenot Corporation, organizes units of soldiers. Though the ‘corporation’ positions itself as a volunteer organization, it is, in fact, a private Russian military force that took part in the war in Donbas. The Yenot Corporation was involved in cleansing the Luhansk region of Ataman Kazitzin’s Cossack gangs in the spring of 2015. At the time they were fighting for power with Igor Plotnitsky’s LNR group.

Terrorists from the gang DShRG ‘Rusich’ – Neo-Nazi members from St. Petersburg – also serve as instructors at the training camps. They gained notoriety while fighting for DNR and LNR, for their brutal torture of Ukrainian POWs, and for publishing pictures of mutilated corpses in social networks.

It turns out that these days those war criminals boast about the atrocities as they teach young Russian boys to kill Ukrainians and as they propagate their ‘ideas’ at the training camps not far from Russia’s capital city.

The last gathering of the groups ‘Rusich’ and the Yenot Corporation took place September 26-27 adjacent to the grounds of the restored Nicholas Berlyukovsky monastery, located in the town of Chernoholovka, in Moscow oblast. An announcement was published online on the E.N.O.T. Corporation internet site stating that the gathering will take place with the blessing of the monastery abbot, Evmenei, in the village of Avdotino, next to the monastery (Noginsky region, Moscow oblast).

A photo report and a video clip of their exercises at the training camp are included on the site. According to the information on the site, more than 300 youths participated.

“A group of the better fighters from DShRG ‘Rusich’ who had fought long and hard in Donbas and are now back in Russia are here from St. Petersburg. At the training camp they are demonstrating their skills in teaching. 12 spaces with continuous seminars and workshops are set up at the camp. They include training and exercises in individual and group tactics, field medicine, sniper art, pistol shooting, protection from chemicals, survival, fencing, knife throwing, mountain training, martial arts, engineering and fortification construction. The operators of E.N.O.T. Corporation have combat experience as well as teaching experience,” the site claims.

After taking part in the war in Donbas the fighters share their knowledge and experience with minors, some of whom were under the age of fifteen. By sanctioning the training camp it looks like the Russian government and the Russian Orthodox Church are not against teaching young kids to hate and to kill Ukrainians.

The boys are taught how to shoot a sniper rifle, pistols, and automatic weapons.

In the course of the camp, the terrorist Alexander Borodai, under whose supervision the Malaysian Boeing aircraft was shot down on July 17, 2014 over Torez, dropped in. He was delighted to be photographed at the camp.

A video clip is included on the site.

Well known Russian Neo-Nazis Andrei Milchakov and Yan Petrovsky from DShRG ‘Rusich’ are among the instructors at the military camp. They became ‘famous’ after ambushing a convoy of ‘Aidar’ soldiers on September 5, 2014, the day of the signing of the first Minsk Agreement, and then taking pictures of themselves with the mutilated corpses of the Ukrainian volunteer fighters.

Besides taking pictures of himself with mutilated corpses, Andrei Milchakov committed acts of mutilation as well, by cutting off the ears of the Ukrainian volunteer fighters and carving on their cheeks a solstice symbol, the emblem of the ‘Rusich.’ Photos of the atrocities were posted on Milchakov’s facebook page by Milchakov himself.

In addition, Milchakov boasted of personally shooting a wounded ‘Aidar’ fighter in the head.

At Debaltsevo the mutilated corpses of Ukrainian soldiers whose faces Milchakov had sliced off with a knife were posted on DShRG ‘Rusich’s’ twitter account. The post was eventually deleted.

Currently Andrei Milchakov and Aleksander Borodai who together with Igor Strelkov unleashed the military offensive against Ukraine in Donbas in the spring of 2014 live in Russia. They are passing on their experience to the children of Russia.

It’s not hard to draw conclusions about what these youths will be doing in the future after listening to the revelations from a man boasting that he is a Neo-Nazi and sharing his Neo-Nazi views. With the encouragement of the Russian government a generation of Russians is being brought up in the tradition of hatred for Ukrainians.

It is unlikely that the government is unaware about the existence of similar training camps where fascists and sadists are openly teaching young boys ‘military arts.’ We remind you that this is going on a dozen kilometers from the capital of Russia and all the information about what is transpiring including the precise location are openly published. Alexander Borodai, too, is having no problems with Russian law after creating in Russia the organization Union of Volunteers of the Donbas.

The claim that ‘Russia is not taking part in the war in Donbas’ is clearly at odds with reality. After all, the organization and support of terrorist training camps and aiding in the recruitment of new fighters for the war in Ukraine is clearly contrary to this position. Revealing these facts could serve as a basis for continuing sanctions against Russia if the Ukrainian government were to adopt such a strategy.

Evidence of the existence of such camps which are broadcast by organizations over public domains confirms Russia’s interest in continuing the war in eastern Ukraine and refutes the allegation that the war is a ‘Ukrainian civil war.’ The latter version, as we know, is being widely propagated by Russian propaganda. 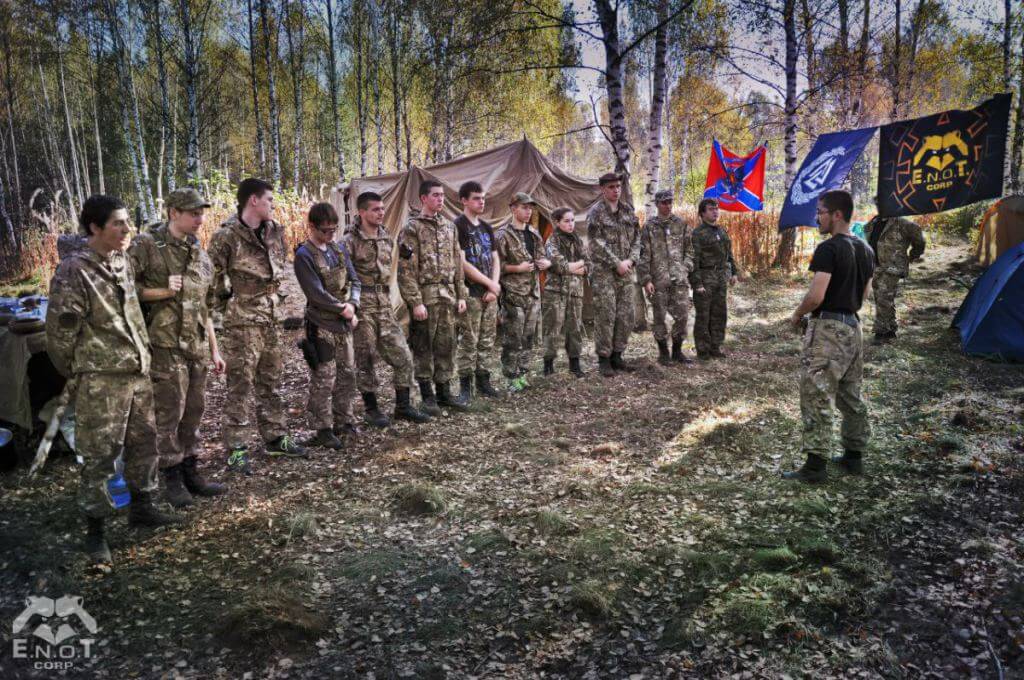 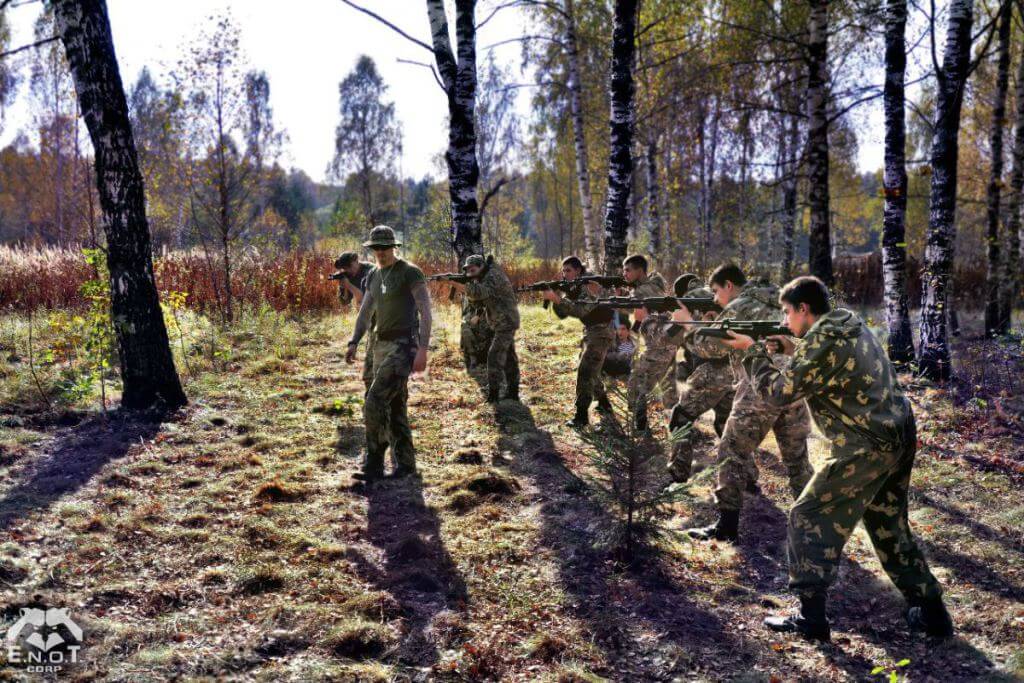 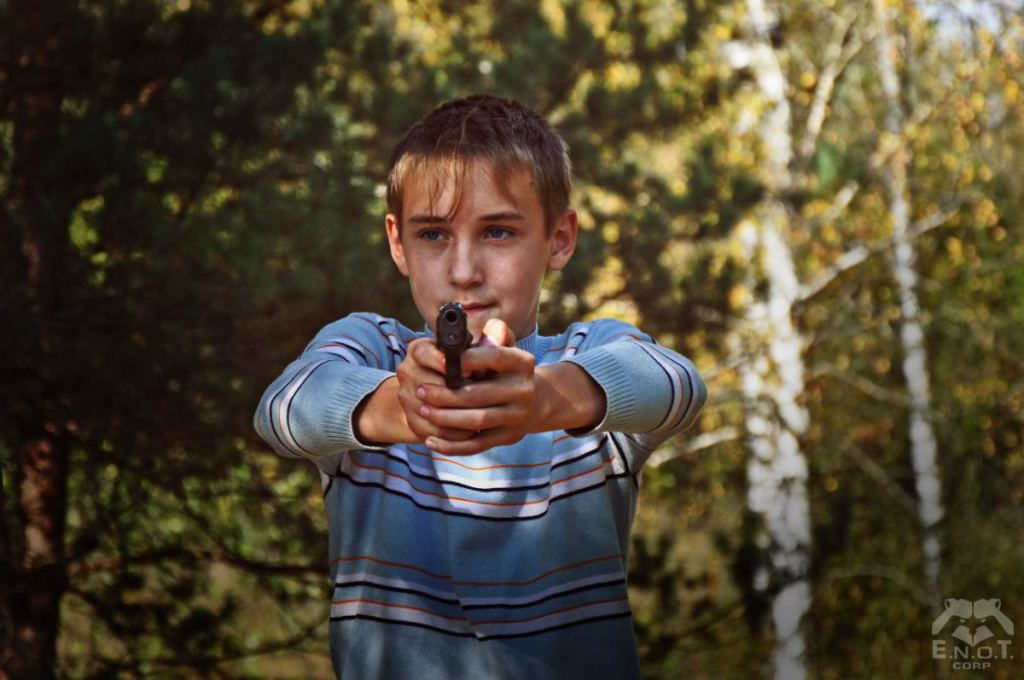 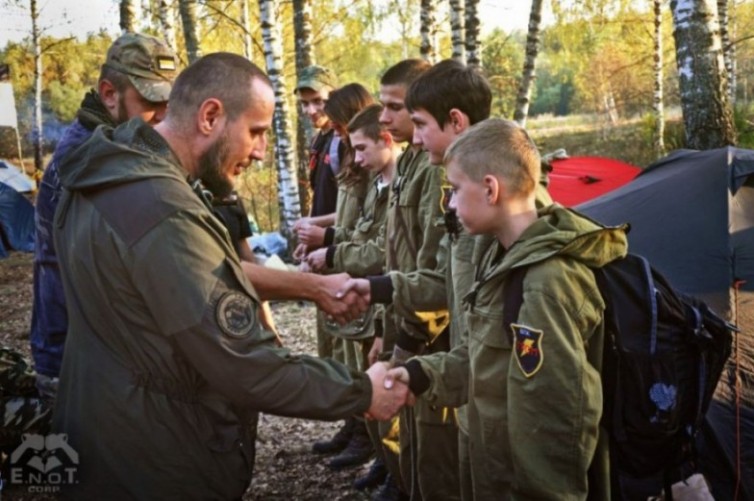 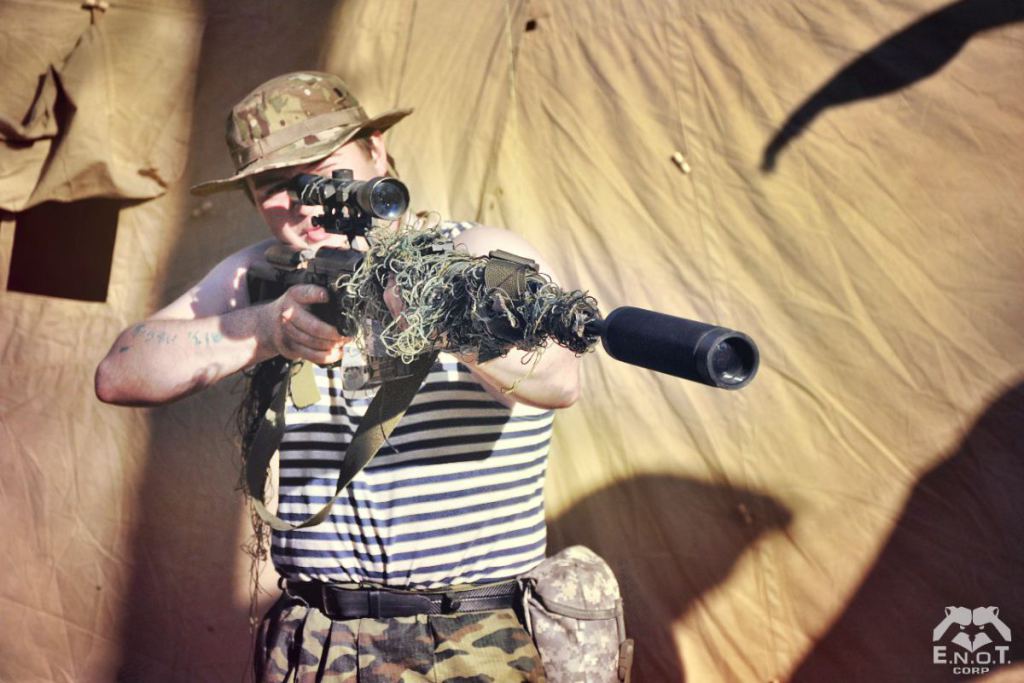 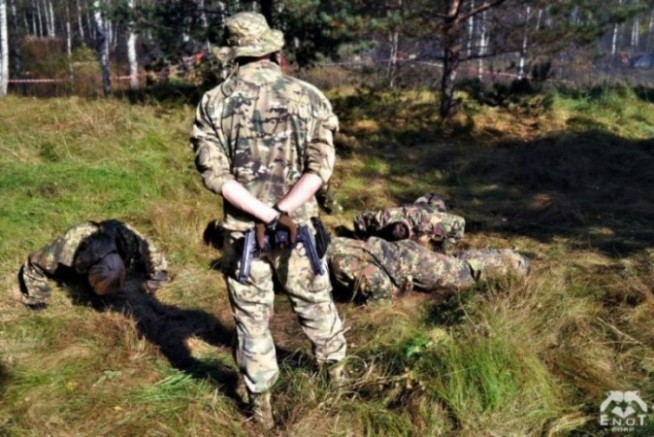 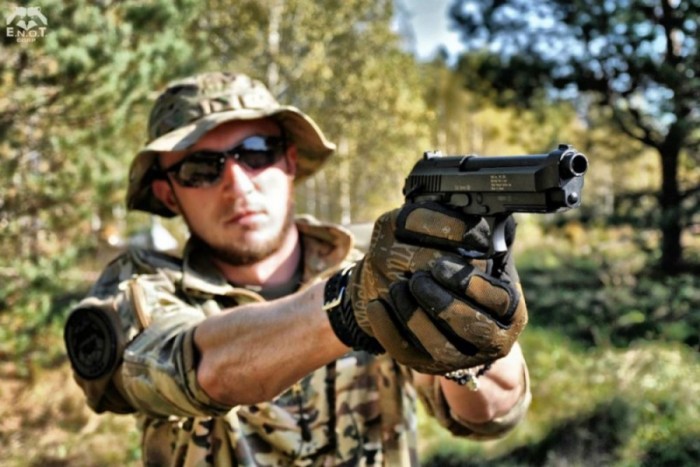 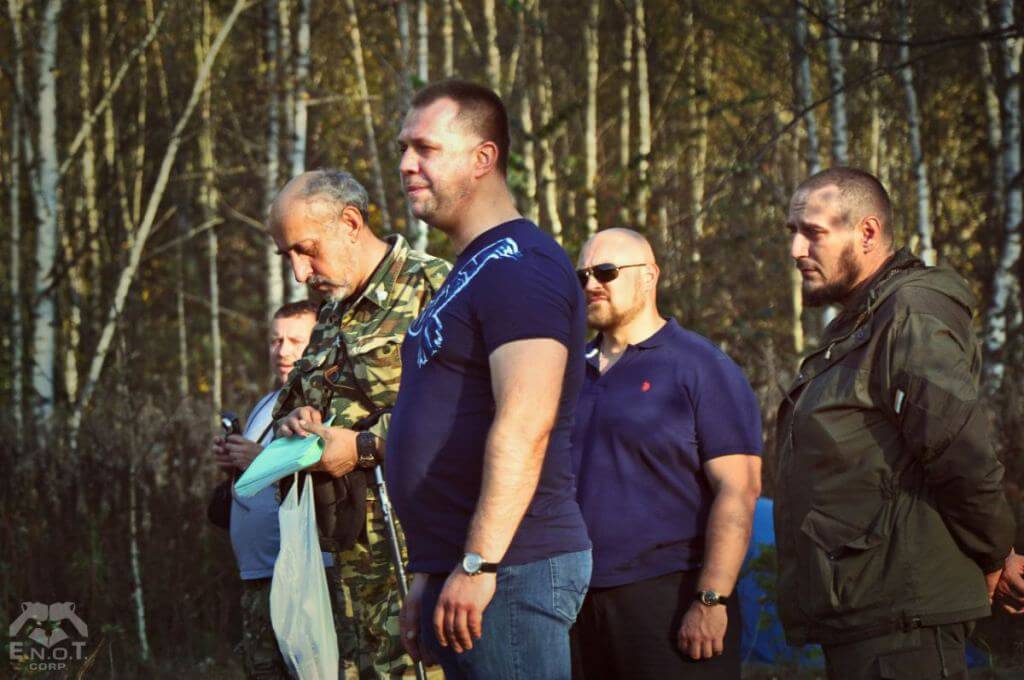 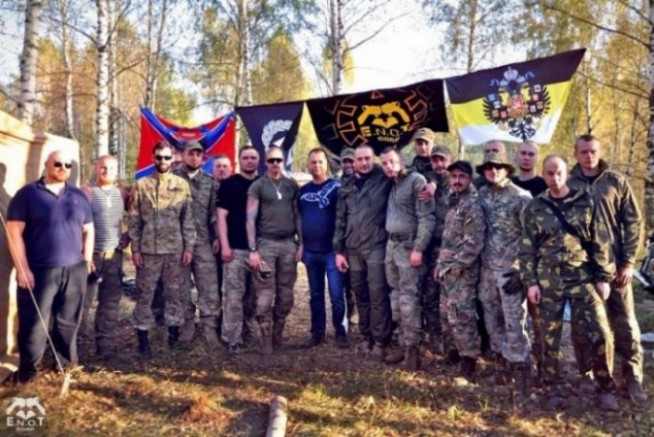 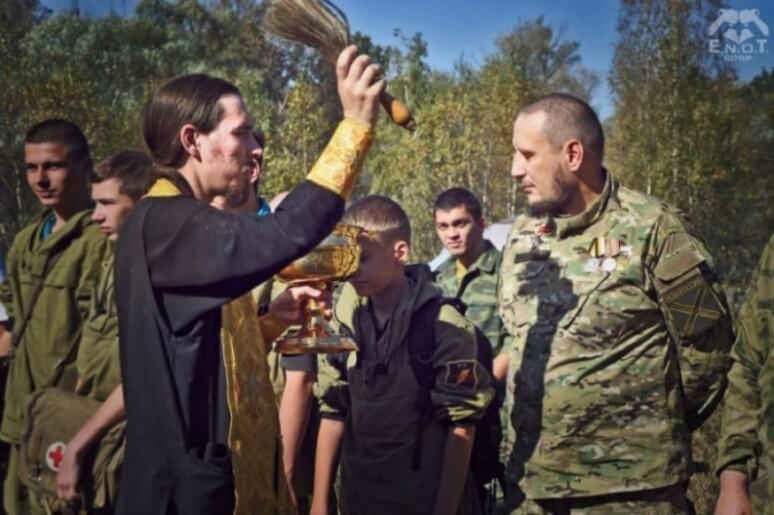 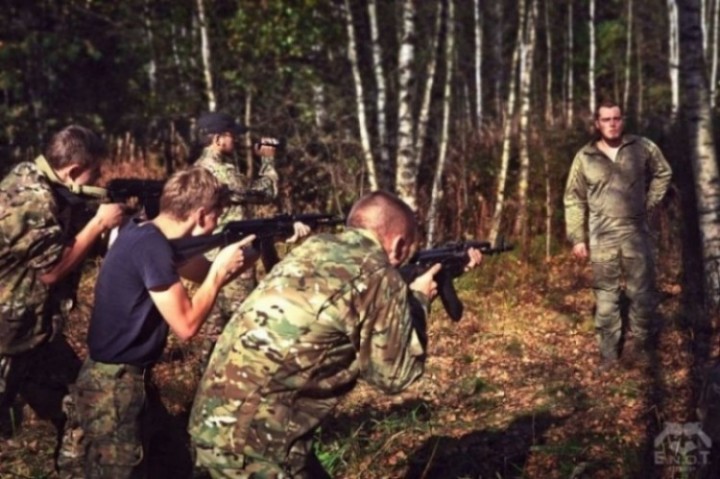 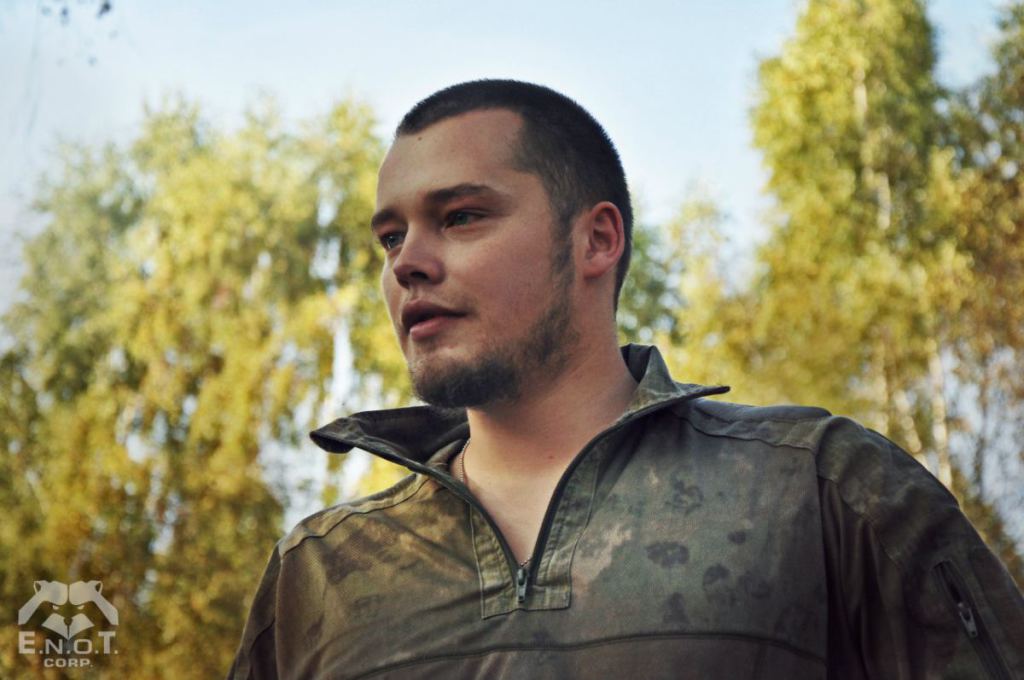 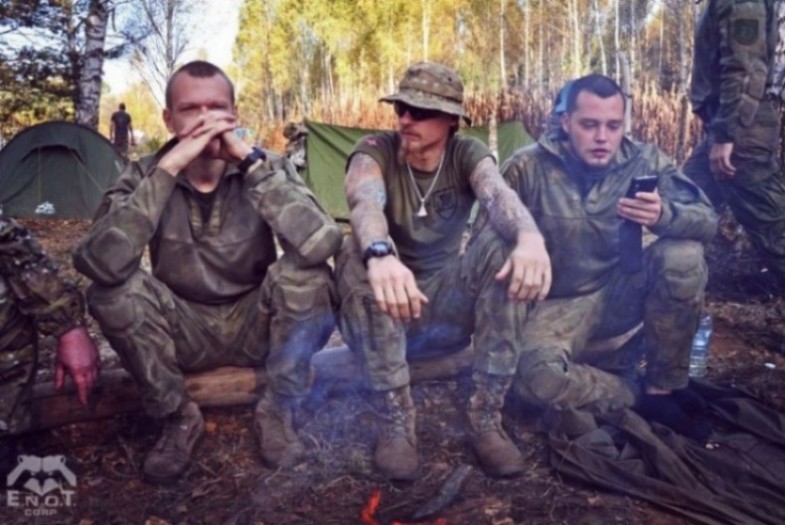