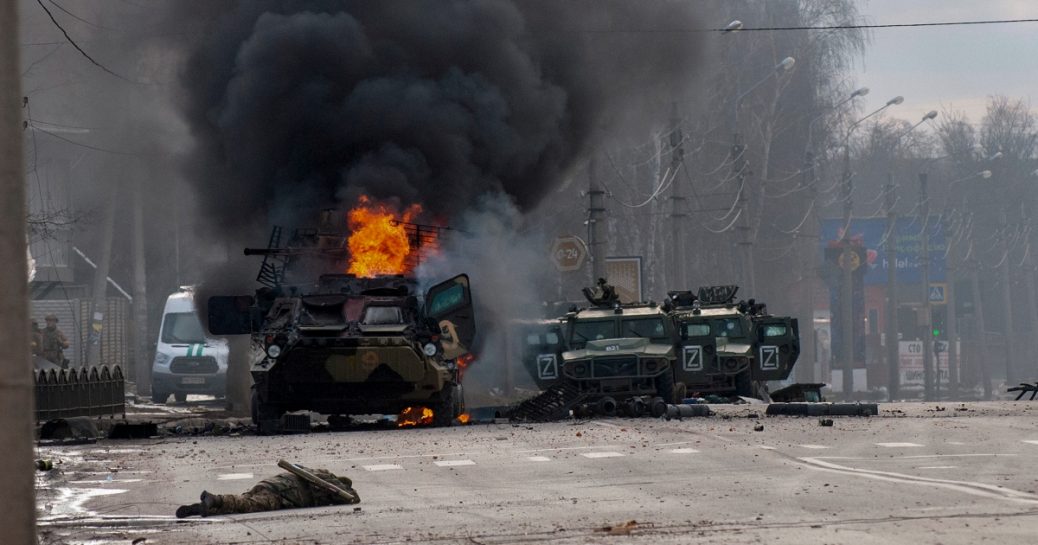 The enemy troops continue to conduct the operational-tactical combat operation in order to encircle and defeat the Armed Forces of Ukraine in the zone of the Joint Forces Operation, Kostyantyn Mashovets, military expert reports.

Currently, except for penetrations of a tactical scale in some areas, the enemy has not been able to achieve bigger goals. The enemy conducts offensive operations in three adjacent operational zones – in the Kharkiv and Donbas directions (in the area of two urban agglomerations Slovyansk – Kramatorsk, Lysychansk – Severodonetsk and adjacent areas), as well as southeast of Zaporizhzhia.

The command of the enemy troops is concentrating its main efforts along the Izium-Barvinkove and Izium-Slovyanogirsk directions, with active support of the right flank of its strike force in the area of Velyka Kamyshuvakha. In addition, as part of its offensive operation, the enemy is trying to actively tie down the reserves of the Joint Forces by conducting offensive battles in two flank areas, in the direction of Popasna – Bakhmut, as well as Rubizhne – Siversk.

As a part of an offensive operation in the Donbas operational zone the enemy is trying to actively build up his efforts in certain operational areas, pulling up reserves and deploying rear command and support areas. In particular, the troops of the enemy in the Izium direction deployed a technical and production management of their Izium group in the triangle Bugaivka – Vesele – Pidvysoke, and also transfers reinforcements through Svatove up to 2 “fresh” armored personnel carriers (probably from the former Sumy group). The command of the enemy troops is trying to cover the areas of advancement and deployment of its military air defense reserves, in particular, deployment of additional military air defense units armed with the Buk-M3 air defense system in the area of Svatove and Kupyansk is noted.

In two adjacent areas (Avdiivka – Yasynuvata region, and Toretsk region) the command of the enemy troops is trying to create conditions for the further advance of their troops in the northwestern and northern directions. For this purpose it conducts active offensive actions of a tactical scale.

To ensure the further advance of its ground groupings in certain directions and sectors, the enemy actively uses artillery, army aviation, and also carries out missile strikes in offensive zones. In particular, the enemy carried out a missile strike in the vicinity of the town of Slovyansk (area of the TV tower), as well as several massive fire raids by the RV and A units both on the position of our advanced units and on a number of rear areas of our troops in the depths of their combat formations. Up to 65 enemy aircraft sorties were recorded to support and provide for their ground forces in the areas of the operational-tactical combat operation in Donbas, as well as for operations in other regions of our country. In particular, the use of Beriev A-50U aircraft (up to 3 units) and flying launchers/retranslators like Il-22 (up to 2 units), as well as jammers like Il-22PP (up to 2 units) is noted.

At the advanced airfields of the enemy in Crimea, in Kursk, Voronezh and Rostov regions, as well as on the territory of the Republic of Belarus, the enemy continues to increase the aviation component composition. For example, the transfer of groups of combat training Yak-130s in the amount of 5-6 units, the transfer of Mi-8\17 helicopters is recorded. However, it should be noted that the volume of replenishment and regrouping of the enemy aviation component has fallen sharply over the past 2 days; there is a regrouping of 1-2 units of Su-34, Su-35S, Su-24M, Su-24MR aircrafts.

In the Kherson-Mykolaiv operational zone, the command of the enemy troops is carrying out active defensive actions in order to hold its Kherson bridgehead on the right bank of Dnipro river in its lower reaches. In particular, the enemy conducts tactical regrouping and reinforcement of the units holding its lines of advance north of Beryslav in the Vysokopillia region. No doubt, that in addition to holding their lines of advance, the enemy will eventually try to counter-attack in the direction of Zelenodilsk – Apostolove. In addition, there is an active transfer of the enemy RV and A units, including units from the Coastal Defense Forces of the Southern Military District. For example, several launchers of the coastal missile system “Bal” are noted on the left bank of Dnipro river, as well as reactive system volley fire “Smerch” and “Hurricane” (Gola Prystan – Chupakovka). In addition, very intensive enemy measures are being taken to strengthen their defensive positions along the Bogorodytske – Kyselivka – Tomyna Balka line.

In the Slobozhansk operational zone, the command of the enemy troops continues a large-scale regrouping of its forces, with simultaneous massive shelling of the area of Kharkiv city with long-range fire weapons. There is a continuing strengthening of the grouping of enemy troops along the Zolochiv-Vovchansk line, in particular, the arrival of another BTGr from the 35th AA is recorded. In order to ensure rear communications and the deep right flank of their Izium grouping along the Balakliya – Shevchenkove – Novy Burluk line, the command of the enemy troops is also taking measures to compact the battle formations of the troops covering this direction. Thus, in particular, there is a transfer to Balakliya and Shevchenkove areas of additional enemy units with a force of up to a reinforced company each (in total, up to the 1st reinforced battalion along this line).

In the Northern Operational Zone, the enemy continues to be outside the territory of Ukraine along the line Gomel – Klintsy – Briansk, and keeps its aviation grouping on the territory of the Republic of Belarus. A number of units of the Strategic Rocket Forces of the Armed Forces of the Russian Federation, armed with the operational-tactical Iskander and Tochka-U, continue to be in the areas of operational use both directly in the Russian Federation and on the territory of the Republic of Belarus. Therefore, There is still a probability of missile strikes from this direction.

The enemy regrouped and reorganized his naval grouping, formed to ensure the conduct of the so-called “special military operation in Ukraine”, in the North-Western part of the Black Sea. In particular, it includes at least 2 diesel-electric submarines of project 636.6, the Admiral Essen frigate, 2 small missile ships (corvettes), 2 anti-submarine ships (corvettes), 1 medium reconnaissance ship, hovercraft, 2 minesweepers. A total missile volley of Kalibr-type cruise missiles is up to 24 missiles in one volley (the stockpile is 28 missiles).