Home » Russia – Ukraine war. Life after May 9th. What is it all about?

Russia – Ukraine war. Life after May 9th. What is it all about? 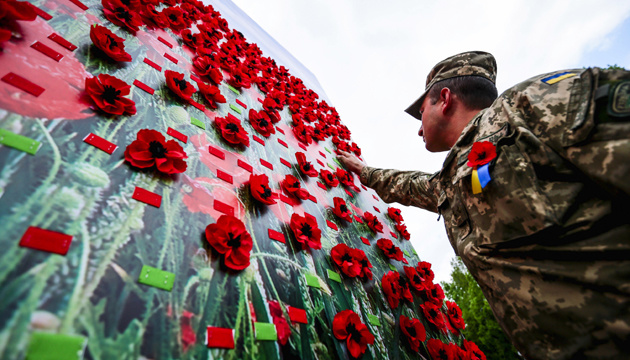 In late February – early March, the first phase of the war ended. The Russians and Western partners had expectations for that period (that Ukraine would fall). Expectations were not met.

The second phase “until May 9th” began when new expectations were set – Russia will achieve some results, then negotiations and agreements are possible, as well as ways of reducing the escalation.

This didn’t work out too. Putin could not show the Russians anything at all.

We have entered a new “life after May 9th” phase, when there are no clear guidelines that can be used to justify something. Pushkin’s birthday? Russia Day? June 22? September 1? There is no tangible horizon in sight.

We are entering a new phase with decisive achievements and many challenges.

The main achievement is that we managed to awaken the collective West, as evidenced by today’s signing of the Ukraine lend-lease act into law. Before that, a worldview transition was ensured: they decided to give us Western-style heavy weapons (this is an ENORMOUS achievement).

I am not in a position to assess the socio-economic situation. However, in terms of organizing defense, we managed to restructure several chief processes expecting a long-term confrontation and relying on internal strengths.

The Russians did not sit idle either. They changed their strategy, had been providing informational cover for the new one for a month, and explained to the citizens the new reality (about the war with NATO). Now they also act in the categories of long-term fights.

How will this fight go?

We are now going through the most crucial military period. Help is already coming, but not yet in sufficient quantities to push back the enemy. And exhaustion is already taking its toll.

The Russians are putting a lot of pressure by using their mass; they have much more long-range weapons. In such a war, ATGMs and MANPADS do not balance their potential. It is possible to restrain the invaders through mass heroism of our soldiers and at the cost of losses.

International dynamics suggest that visible amounts of assistance will begin from mid-summer. I don’t know, and I can’t assess now whether it will be a turning point or only allow us not to lose.

The Russians have assembled everything possible, they have strained themselves, and are trying to push through our defenses as much as possible during the second wave of the offensive. Given the current intensity of battles, this resource will run out by the end of the month. To ensure the next massive attack, they will need to take a pause (gather people, pick up equipment from storage). At the same time, it is expected that the consequences of sanctions will become noticeable by July.

We will also need to take a pause.

Then there are options with variables.

In any case, the Russians will gather a new horde. It will be worse armed and trained, but there will be many of them.

We are entering a period of increasing dependence on the help of partners. How this dependence will manifest itself is difficult to predict. I would not have expected that we would be armed to the teeth with lightning speed. So far, there are no reasons for such hopes.

Clever people also say that our economy may be shaken by August-September (after six months of the war). Dependency will be critical.

I cannot estimate how millions of our refugees will feel, and different things are being written. However, they will unlikely be better by then.

I am sure that we will prevail now. But then there will be a period when internal problems will grow in Russia, and external dependencies will grow in our country (including due to internal issues).

It is unknown where the balance will be. There are options on to what extent we can defend our vision, including the bad ones. Because dependency always involves something unpleasant.

In such a fragile situation with many variables, something unexpected can have a strong impact. A ventilation system failure in the bunker can cause a new reality.

We must get through May. We must survive.

We must pull through June.

And then we will see.

With all the difficulties 1) much in this period depends on us; 2) there are system processes that work in our favor.

There is no reason to be discouraged. There are reasons to toss everything that interferes aside and work exclusively for the result.