Russia – Ukraine war: the recent updates from the hot south-east 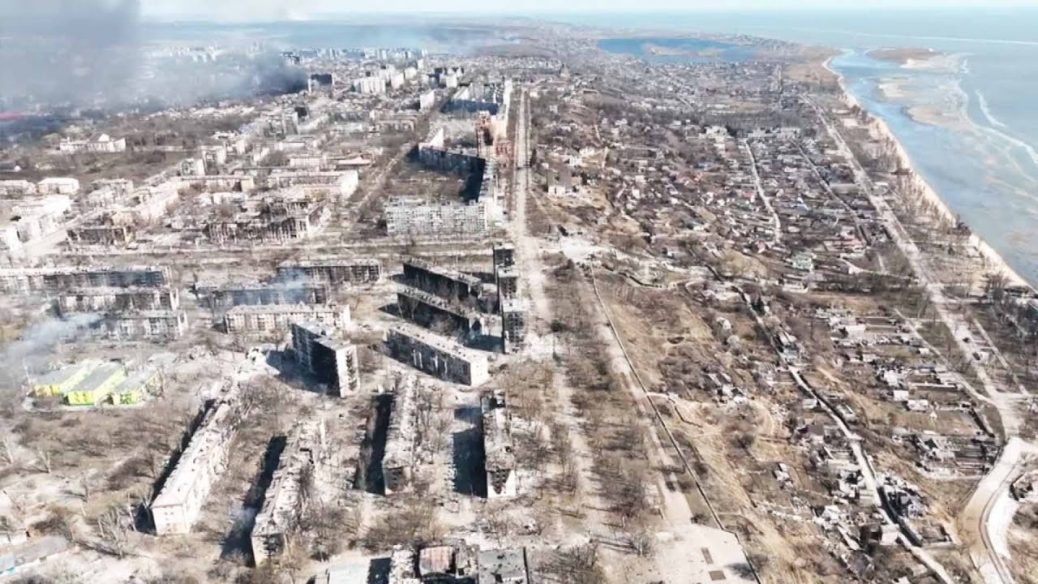 The forces and assets of the Black Sea Fleet of the Southern Military District of the Armed Forces of the Russian Federation, allocated for participation and to ensure the conduct of a “special military operation” in Ukraine, are regrouping in their areas of responsibility and operational purpose in the Crimean region and the northwestern part of the Black Sea.

Part of the forces and assets of the enemy’s Southern Operational Group, which were involved in the battles in Mariupol, were suddenly regrouped in the Tokmak-Melitopol region. So far, the nature of the operational purpose of this regrouping is unclear. It is quite possible that the command of the enemy troops considered that they could allocate part of the forces storming Mariupol to the reserve, without the threat of disrupting the planned deadlines for mopping up operations.

After some lull, the enemy continued to strengthen his grouping of troops on the right bank of Dnipro river in its lower reaches. There is a transfer of at least one additional battalion tactical groupin the direction of Nova Kakhovka,  probably from among the “restored” 49th all-army. At the same time, the strengthening of the enemy air defense group in the Brylivka-Chaplynka area is recorded.Apparently, the enemy is trying to cover the rear area of the operational reserves ​​concentration of his Southern Group of Forces.

It appears that the enemy will try to keep the area Kherson – Snigurivka – Davydiv Brid – Zolota Balka under the most unfavorable circumstances for him. There is also a quite active movement of single units of vehicles and small groups of enemy armored vehicles on the section of Kherson-Lymany road up to and including Sofiyivka. The command of the enemy troops is actively trying to improve its defense system on the outskirts of Kherson, mainly from the western, northwestern and northern directions.

The right-flank units from the Izium grouping of enemy troops continue to conduct stubborn tactical battles south of Balakliya, east of Gusarivka, in order to stop the advance of the units of the Armed Forces of Ukraine towards their rear communications in Savyntsi, Vesele areas. … None of the parties has yet had any significant success. In addition, apparently, yesterday’s counter-attack by a number of Ukrainian units in the Sviatogorsk area in the northern direction, towards the Oskol River, turned out to be completely unexpected for the command of the enemy force grouping operating west of this sector as today’s morning attempts of the enemy’s forward units to advance to Dovgenkyy wereunsuccessful and poorly coordinated. The enemy was forced to retreat to the starting line.

After a short break caused by sudden counter-attacking actions of the Armed Forces of Ukraine, fighting resumed in the Kreminna-Rubizhna region, as well as in Popasna and southeast of Bakhmut. The enemy is clearly trying to reach the outskirts of this city, acting simultaneously in converging directions, both from the side of Popasna and southeast direction.

In Kharkiv region, the so-called “tight contact fights” behind the ring road continue, mainly in the eastern and southeastern directions, and mainly by the forces of mobile infantry units and groups from the Armed Forces of Ukraine and other formations of the Ukrainian Defense Forces. In the area of ​​Stary Saltov, the Ukrainian troops managed to inflict a fairly effective fire defeat on the enemy’s tactical reserves, after which the enemy was forced to regroup part of his forces in this area, concentrated for actions in the direction of the Moskovsky district of the city. Despite this, the enemy, using long-range firepower, mainly from its Zolochevo-Volchanska group, continued to carry out indiscriminate fire attacks on the peaceful residential areas of Kharkiv and its civilian infrastructure. Their daily number reached the mark of more than 20.