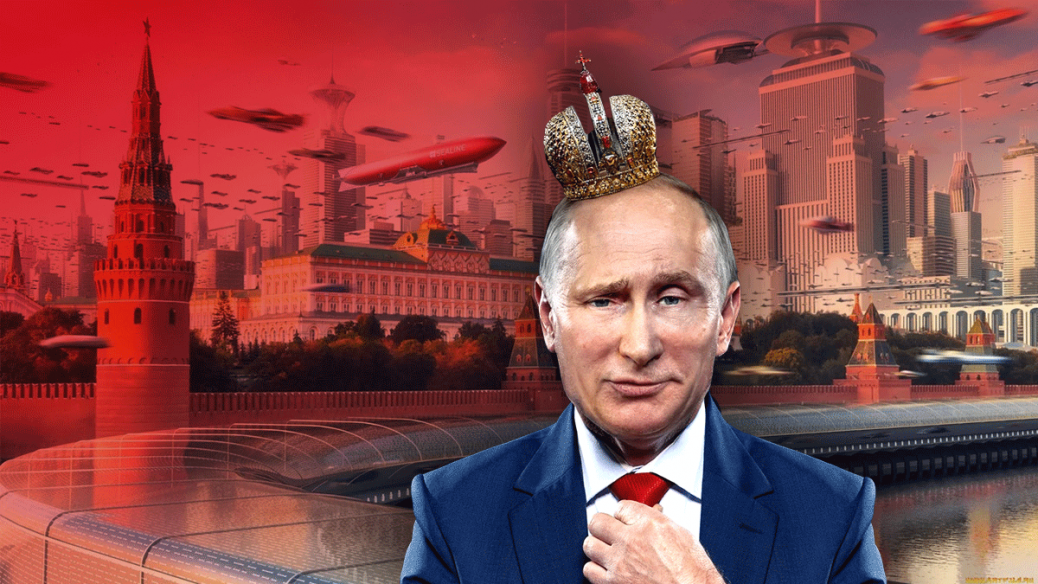 The war between Ukraine and Russia will definitely end with the downfall of the Putin regime.

After a hundred days of war with Russia, many people wonder when and how it will end. I am not ready to say when the war in Ukraine will come to an end because it will depend on many factors: our competent and incompetent actions in the war, the resilience of our soldiers, the talent of our commanders, the mobilization of the entire society, Western assistance and, of course, the enemy – Russia. Whatever we do, we must remember that the enemy is not a fool. They predict, prepare, and act. Thus, the end of the war depends not only on us.

We initially expected that a colossal pressure from the world community, currently being exerted on Russia, and the resilience of Ukrainian soldiers would stop everything within three months. We expected that those in the Kremlin were no fools, and they would see how rapidly their losses were growing, what sanctions were being imposed on them – and they would stop. However, despite everything, the Kremlin is not putting an end to it.

So, the war will end only when Ukraine wins. There are no other options, and there cannot be any because defeat is like death for us.

For Russia, defeat is also like death but not the death of the Russian Federation as a whole but of the Putin regime. Our war with Russia will definitely end with the downfall of the Putin regime. Although, the regime is actively resisting and trying to fight because it wants to emerge victorious in the war.

I must admit that I do not believe that all people living in the Russian Federation are our enemies. But I know how propaganda works and what happened to Nazi Germany during the years of war; how propaganda fooled millions of people. The same propaganda was in the Soviet Union. Everyone believed that Afghanistan was our honor and we were fulfilling some international duty there. The truth is that our army was an invader, aggressor, and occupier there. The exact same situation is now in Russia. I think that the downfall of the Putin regime will let a community of normal people arise in Russia. And what we are witnessing today will be the last reincarnation of the Russian Empire in the history of Russia, and the current war will be the last between Russia and Ukraine. Because it’s incredibly foolish to live on the same continent, live side by side, and fight.

However, the war in Ukraine is unlikely to drag on for years. For a war to last for years, the belligerent countries must have a sufficiently autonomous economy that can work independently, providing all the state needs during the war. And the country should live in a closed information environment so that it would be possible to fool its citizens for years. The Russian economy is unable to exist in a vacuum, that is, under sanctions. It is highly integrated into the world economy and depends on interaction with other countries. Thus, the rejection of Russian hydrocarbons will lead to an economic collapse. The ban on the export of technologies critical for the military production of Russia will make Russian missiles stop hitting us, and Russian planes will stop flying over us. Western components and technologies are actively used to produce all that.

So, Russia will not make it through the lasting war.

At the same time, Ukraine can make it with the help of the Anti-Putin coalition. We are now witnessing a unique case. It is difficult to think of anything like that in history – massive assistance from the Western allies when everything is supplied: weapons, ammunition, salaries to state employees, and the military. Everything. This support is incredible. Even the Soviet Union did not have it during the Second World War. Such comprehensive assistance will help us to hold on for years.

Western countries are helping Ukraine because we have become an outpost of the entire Western civilization. We are holding back wild Asian hordes of fooled people who listen to Kremlin propaganda. The US is interested in weakening Putin’s Russia, and Ukraine is interested in the same.

After all, there was Yeltsin’s Russia, which brought independence to Ukraine on a silver platter during the coup, and now we must win back our independence from Putin’s Russia. Various Russias…

Yes, we can fight for years, and we are motivated because we are fighting on our land for our country. If we were fighting somewhere near Voronezh and captured Smolensk, I don’t know how we would motivate our servicemen then. The Ukrainians, fortunately, have lost the imperial principle, which was present in all Soviet people as a result of imperial propaganda. We do not want to fight on foreign soil for incomprehensible imperial values, but we will not give up our land.

Of course, the position of Germany, France, and Hungary regarding the war in Ukraine may cause concern. But each country pursues its own interests, and there is nothing surprising in it. These interests depend on electors. When the elector clearly understands that the danger the rashist hordes pose can come to his house (the electors of European countries do not understand this because Ukraine is far), the situation will change. So far, Germany, Hungary, and France are focusing on electors that are tired of refugees and the additional burden of helping Ukraine. For Europeans, this is uncomfortable because they are accustomed to a quiet life and a constant income increase. And most importantly – they do not feel threatened; it is remote for them.

As Russia’s invasion entered its 100th day, we need to do whatever it takes to end the war and not guess when it will be over. For example, the defense industry must finally be transferred to a military footing. But we take weapons from the West, though we could have produced some ourselves.

The war will definitely end with the victory of Ukraine and the liberation of all territories occupied by Russia. It is impossible to simply return to the borders and lines of demarcation that were before February 24th; too much blood was shed. The war has now entered a very tough phase, which many do not see here in Kyiv. A lot of people do not understand that the withdrawal of Russian troops from Kyiv does not yet mean the end of the war. The troops of the Russian Federation can return to Kyiv if we back down in the south and east. After all, Russia has not abandoned the goal of conquering all of Ukraine.

Accordingly, to end the war with our victory, the military potential of Russia must be destroyed, which means the defeat of its armed forces. This is our first and main task. It is difficult to say when it will be completed – whether when the power in the Kremlin changes, when a military coup happens in the Russian Federation, when the Russians take to the streets to protest, or when the war passes from the hot phase to the phase of diplomacy, as it always happens at the end of the war. But we will be able to talk about victory only when not threatened by the Russian military machine. We must dispose of it.

It is clear that we cannot dispose of the nuclear potential of the Russian Federation but we can grind the Russian land and air forces to the point where they can no longer continue the war and conduct offensive operations. This might happen on the current front lines… After that, the work of diplomacy can begin, when the Russian establishment understands that the further continuation of the war will mean not only that Ukraine will liberate all its territories but also the brewing of a big rebellion in Russia itself. Then the Russian Federation will face a choice – whether to launch a nuclear strike in order to fight with at least something because it will have nothing else left, or not to launch.

However, there will always be a threat that after our victory, Russia will restore its forces and troops in a few years or decades and will want revenge. This will happen if Russia does not change, if the empire does not suffer defeat. The Russian Federation must return, at least, to the state of Yeltsin’s Russia, which gravitated toward European values and adhered to democratic norms. The main task for us is to ensure the defeat of the empire and its downfall.