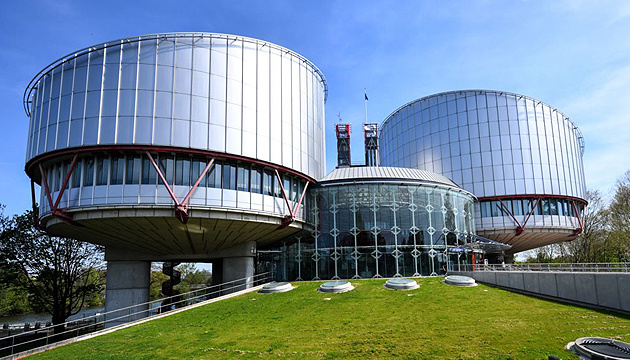 Lawyers from Russia submit thousands of complaints against Ukraine to the European Court of Human Rights to discredit Ukraine.

Lawyers from Russia and the occupied territories submit thousands of complaints against Ukraine to the European Court of Human Rights on behalf of ORDLO residents.

According to journalists of the investigative TV program Skhemy (a joint project of Radio Svoboda and TV channel UA: Pershiy), mass complaints may have a negative impact on statistics. That is why Ukraine is in the top three countries facing mass allegations of human rights violations. This planned campaign may also aim to overburden the ECHR itself and discredit it as an institution.

Among the lawyers who have submitted mass complaints to the European Court of Human Rights are Russians from a private law firm partnering with the Russian Justice Ministry, as well as lawyers from the occupied territories of Donetsk and Luhansk regions controlled by Moscow. Also active in filing complaints are lawyers of the organization established by Oleh Tsaryov, a former Ukrainian MP from the Party of Regions, whom the SBU accuses of treason, and lawyers who have cooperated with the Civic Chamber of Russia and are suspected by the Ukrainian prosecutor’s office of falsifying appeals to international courts.

The journalists found that around 6,000 claims related to the conflict in Donbas, out of a total of 10,000 claims Ukraine faces at the ECHR, were filed by several groups of lawyers from Russia and the occupied areas of Luhansk and Donetsk regions. The largest active group consists of current and former lawyers from a private Russian company, the Klishin & Partners Interterritorial Bar Association.

For example, one of them is Oleksandr Malakhov, who from 2014 to 2020 filed a total of 771 complaints. That is almost 130 complaints a year, whereas on average, lawyers who work professionally with the ECHR, usually submit up to 20 claims, – say journalists. The Skhemy investigation found that lawyers from Klishin and Partners had filed more than 5,000 complaints.

18 of them have already been declared ineligible by the court.

Skhemy also has found evidence that the lawyers of this law firm advise ORDLO residents on appeals to the European Court of Human Rights in reports on Luhansk websites. The company itself confirmed this by phone.

According to journalists, the chairman of the Klishin and Partners board and its founder Oleksiy Klishin – former member of the Federation Council of the Federal Assembly (Parliament) of Russia. Among the law firm’s clients are Russian government agencies, including the Russian Ministry of Justice. One of the contracts with this agency worth more than 600 thousand dollars was signed in 2015 with a reference to a secret resolution of the Russian government.

The Contractors were the same lawyers who submitted mass complaints against Ukraine to the European Court of Human Rights. The Customer was the Ministry of Justice of the Russian Federation represented by the then Russian Commissioner for the ECHR, also a former partner of Klishin and Partners. The law firm refused to provide a substantive answer  to Skhemy.

“There are several Russian lawyers who started filing complaints only after 2014. They have no complaints against Russia, and only against Ukraine. It is an extremely large number of cases. When we talk about the position in the east, there should be strong enough evidence to file complaints against one state. Besides, tactically, from the applicant’s point of view, it is easier to designate the two states as defendants so that they play the blame game,” summarizes Ukrainian human rights lawyer Serhiy Zayets.

Journalists also identified other Russian citizens who collected and filed complaints with the ECHR from 2014 to 2017 – the Fedorov brothers. Georgiy Fedorov, member of the Civic Chamber of the Russian Federation, and Vladimir Fedorov were involved in the Law against Fascism organization, which publicly reported on a mass appeal to the European Court of Human Rights.

According to journalists, Vladimir Fedorov filed at least 87 complaints against the state of Ukraine over three years of the war in the east.

Financial support for such activities was provided by the Russian Peace Foundation, as is recorded in its reports. The foundation cited “voluntary contributions” of unknown individuals or organizations as sources of its funding.

Skhemy also found that among those who filed complaints against Ukraine were lawyers from non-government-controlled areas. In particular, Vitaliy Galakhov, head of the Fair Defence organization publicly reported on over 2,000 complaints collected and sent to the ECHR in 2018, and about 5.500 this year.

However, Skhemy managed to find only four of his complaints, which are pending before the court. The journalists found that Galakhov is also wanted by the Prosecutor General’s Office, who suspects him, among other things, of falsifications with ORDLO residents’ appeals to international courts. Law enforcers found about a hundred people who said they had not actually appealed.

From late 2014 to 2016, at least half a thousand complaints against Ukraine were filed with the ECHR by Yulia Nikitina, whom the Russian media introduced as a lawyer of the NGO Union of Refugees of Ukraine (SBU) set up by Oleh Tsaryov, former MP from the Party of Regions.

Journalists found a mention of Tsaryov’s Union of Refugees in a copy of a hacked e-mail of Sargis Mirzakhanyan, media technologist of Vladislav Surkov, Putin’s ex advisor. The origin of this archive was confirmed by the Ukrainian Cyber Alliance.

“According to journalists, about 98 percent of complaints about the war in Donbas, which are filed exclusively against Ukraine and are currently examined by court, were filed by lawyers either from Russia or the occupied territories of Ukraine, which are controlled by Moscow. They can do this in order to discredit Ukraine in the eyes of the world community, because according to the last year results and the ECHR statistics, Ukraine ranks 3rd among almost fifty countries in the number of complaints of human rights violations. Another goal may be to slow down the work of the ECHR itself by mass filing of complaints,” the investigation said.

According to the UN, about 40,000 people have been affected by the war in eastern Ukraine over seven years. More than two million have become IDPs and refugees. The Kremlin says it has never taken part in the war in Ukraine. But this statement is debunked by evidence of the presence of military personnel, given by both Kyiv and international observers.