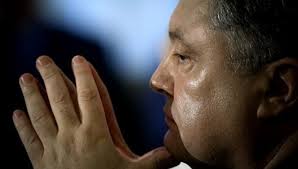 According to the SAP press service, after a meeting between Head of the Specialized Anti-Corruption Prosecutor’s Office Nazar Kholodnytsky and former owner of Energomerezha Dmytro Kriuchkov,

“Following a personal reception by Kholodnytsky of citizen Kriuchkov, regarding the legitimacy of the actions of the former president, a number of senior officials of government bodies, people’s deputies … a decision has been made and information has been entered into the Single Register of Pre-trial Investigations,” the agency noted.

The information concerning “the leadership of some large businesses, inthecharter capital of which the share of public or municipal property exceeds 50%,” was also entered into the SRPI.

The SAP specifies the information that caused this decision:

on the criminal activity of officials of PJSC Centrenergo and the State Property Fund;

on the criminal activity of officials of PJSC Centrenergo for the purchase of coal;

on the taking over of the property and funds of PJSC Nyzhnyodnistrovska HPP and PJSC Ukrhydroenergo by the officials of the said enterprises on the basis of a preliminary agreement with other persons;

on abuse of office by officials of PJSC Cherkasyoblenergo and PJSC Azot.

Kriuchkov claims that the Supervisory Board of Centrenergo, together with the State Property Fund and a number of civil servants, “distributed key positions in the governing bodies and the supervisory board of PJSC Centrenergo in order to embezzle the public funds.

According to him, actions against Centrenergo were coordinated by Poroshenko himself and his close associate MP Ihor Kononenko.

It is noted that criminal acts could have resulted in illicit alienation of $ 6 billion.