Home » St. Petersburg training base for ‘separatists’ fighting in Ukraine

St. Petersburg training base for ‘separatists’ fighting in Ukraine 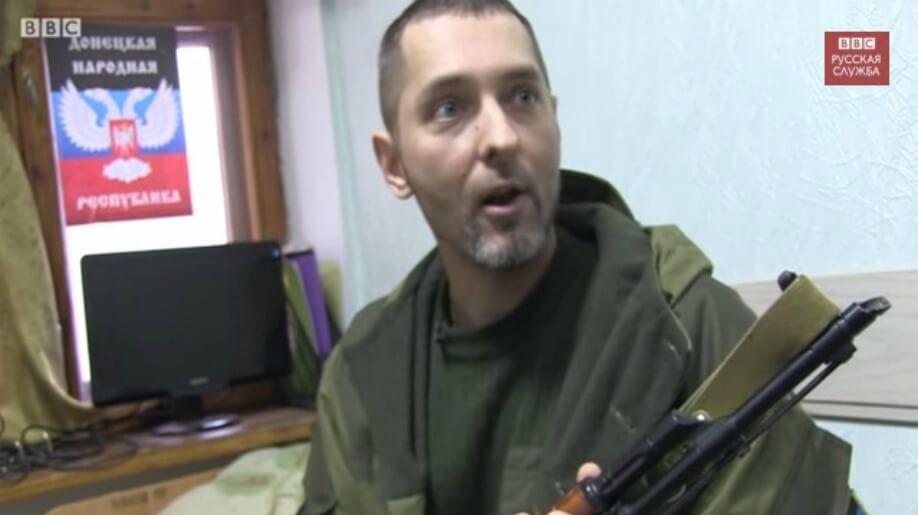 The Russian Service of the BBC has broadcast a film in which they show a secret training base located in St. Petersburg, Russia where volunteers go through basic military training before being deployed to Ukraine. Alexei Ponomarev‘s report about this secret place is as follows.

The film “The New Warriors of the Russian Empire in Ukraine” was posted by BBC on YouTube on January 27th, 2015. The base, owned by the “Movement for An Imperial Russia” is located in the basement of an apartment building in the suburbs of St. Petersburg. The exact address is not revealed in the film, but in announcements on social media seeking recruits to ‘help Russians in Novorossiya’ its address is listed as 20 Dresden Street, St. Petersburg (more specifically, at the military sports club ‘Reserve’ in Udelnaya). One of the ‘volunteer-separatists’ who introduced himself as Ruslan Starodubov described what kind of training the recruits receive. They are trained in combat acrobatics and in individual offensive/defensive fighting techniques, including how to handle and use a knife. Ruslan told the journalists that there is a shooting gallery at the premises as well.

When asked what the local authorities think of the ‘nationalists’ Starodubov said, “We are not actively supported, but, how shall I put it, no one interferes in our work. They don’t let us do a lot of what we would like to do – they frown upon us for wanting to label ourselves an official organization which would require taking an oath, or writing a charter – because we would then be accused of being an extremist group.”

The BBC said that before the BBC no one was allowed to film in the premises of the training base, though information about Russian volunteers going to Ukraine to fight has been previously published by various sources. For example, on January 28 a former marine from Yuzhno-Sakhalinsk Constantine Gorelov told reporters that he participated as a volunteer in the storming of the Donetsk airport. According to Gorelov it was his shoulder with the Russian Marine stripe on it that was seen on the program “Vesti” and that many viewers took as evidence that Russian troops are involved in Ukraine. At the end of December 2014 an interview with special forces veteran and head of the Sverdlovsk Veterans’ Fund Vladimir Efimov appeared in which Efimov described how he oversees the send-off of the Russian volunteers to Donetsk and Luhansk Oblasts. According to Efimov all the volunteers fighting in the Donbas are paid to fight. In addition, the special forces veteran acknowledged that ‘humanitarian convoys’ are used to transfer personnel and supplies from Russia into Ukraine to provide help for the separatists.

EMPR, O.R. contributed to this article

Original article in russian language is available on slon.ru