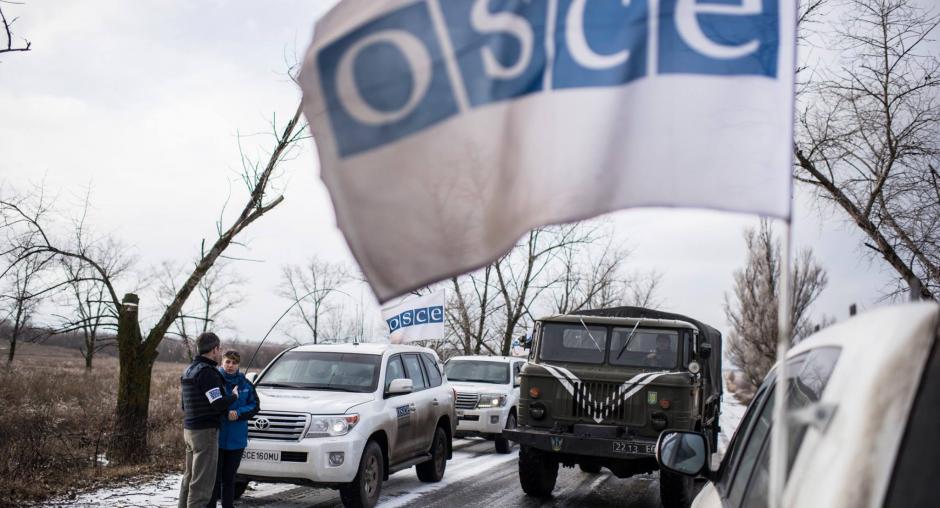 The OSCE SMM in Ukraine includes 35 Russian citizens and not a single citizen of Ukraine.

They accentuate that there are several reasons explaining the SMM’s changing rhetoric. For example, according to the report of August 26, 2019, the OSCE SMM in Ukraine includes 35 citizens of the Russian Federation and no observer – a citizen of Ukraine.

“That is why Russian observers can work in the interests of the aggressor country.”

It is emphasized that the SMM observers have been repeatedly noticed to cooperate with the armed forces of the Russian hybrid army.

In early August, it was revealed that a member of the OSCE SMM, Russian citizen Mykola Alekseev openly demonstrated his hatred of Ukrainians on his Facebook page and in his 2017 and 2018 posts wished deaths upon Ukrainians and glorified the LPR and DPR terrorists. Later, the OSCE Special Monitoring Mission stated that it had “taken action” on Alekseev. Currently, the latter has left the territory of Ukraine.

In addition, on August 31, representatives of the “LPR” terrorist organization were videoed commenting and filming the monitor of the OSCE mission drone flying over Ukrainian positions in the vicinity of Stanytsia ​​Luhanska. Also, the OSCE SMM UAVs that fly over the occupied territory are regularly fired at by armed terrorist formations, and experience technical obstacles from electronic warfare stations of the Russian Armed Forces in Donbas.