U.S., Ukraine, Russia: The global forecast for the midterm period 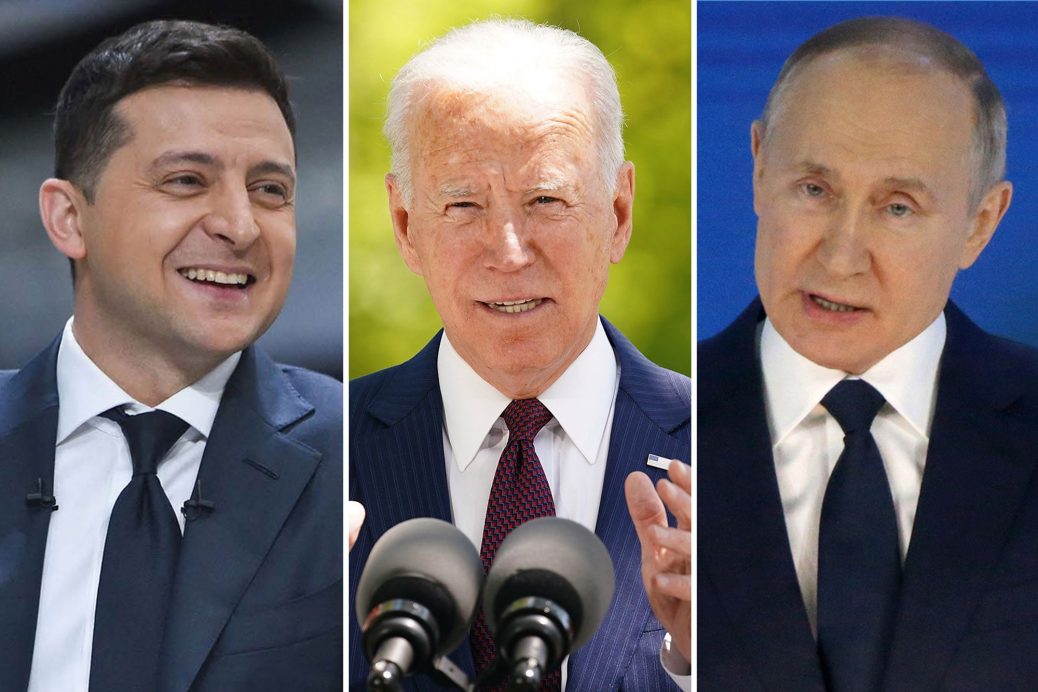 This article for those who are capable to think critically: Aleksandr Kochetkov put together the disposition of both sides and suggest you come to conclusions yourself.

The key event is Vladimir Putin and Josef Biden’s meeting. The key topics for the discussions are: the security system and influence in Europe (the subject of Putin’s primary interest) and China containment (Biden’s primary interest). The rest is an outcome of both the above-mentioned topics or adjoining topics such as the Ukraine issue.

The negotiators are starting from unequal positions. The issue is that Biden has to play by rules. This assumes the need to educate Putin on the basics of the global security system (in case he is not aware of them). As well as explaining US positions and priorities and perspectives lying in this field in front of the Russian Federation.

So, Biden is ready to start from a clean sheet. He is concerned about Russia’s links with China. Biden worries about Russia potentially creating barriers to the US policy realization in civilized Europe (post-Soviet countries are not included there). However, Putin has already heard these “ritual songs” about democracy from Bush, Obama, and Trump.

Everything which is not a strict ultimatum specifying time and consequences is perceived as weakness by Putin.

Putin from his side is concerned about keeping energy resources as a source of the political instrument to create pressure (Nord Stream 2). He is also aiming to continue the expansion to post-soviet territories, Ukraine and Belarus at first, and not expecting barriers from Western block to the expansion.

There is no pure Ukraine interest the US has to advance.

Vladimir Zelenskiy perfectly understands and feels in person that he is not a policy actor in the sphere of global policy.

Unlike Leonid Kuchma: at Kuchma’s time, Ukraine’s GDP demonstrated 10% growth and used IMF as a politeness gesture rather than budget rescue.

Zelenskiy wanted to meet Biden before Biden’s -Putin meeting, to at least imitate participation in the process. He was not allowed even that.

Now, Zelenskiy will meet Biden after the US President meeting with Putin. This will mean that Zelenskiy will simply be informed about the tasks to be implemented based on the agreements reached by the key political players.

What are these agreements?

Putin will get Biden’s reassurance on barrier-free delivery of energy resources excluding Ukraine transitways (not now, but gradually and inevitably) under the condition that the US would also be able to deliver condensed gas to Europe. And it will be implemented.

Biden will get Putin’s reassurance that Russian Federation will take a passive position in the US-China economic war. And this will be implemented by one-third, at most.

Biden and Putin by tradition will agree that Minsk 2 is the only and no alternative platform to build peace on Donbas.

It means, that the Russian scenario of Minsk wins (this is exactly for Minsk Petro Poroshenko should be criminally prosecuted, not only for “Kuznya on Rybalsky” sales!).

Ukraine membership in NATO is postponed to indefinite times, plus the US has its right to provide to Ukraine, when necessary,  the status of a strategic partner in the military sphere (in Ukraine it will be positioned as a big achievement).

Not necessarily, but highly likely, it will be depicted that the US and Russian Federation leaders are questioning UN and other global institutions’ efficiency and want changes to the best.

The so-called tricky diplomatic formulation – the case when meaning depends on who is treating it.

In the frame of agreements, Kremlin will start forcing Russia – Belarus state union creation, moreover, assuming the open list of union members. Meaning, if Kremlin wishes, potentially the so-called LNR-DNR, Transnistria, South Ossetia, Abkhazia could also join the union. And, as it is not the direct membership in the Russian Federation, it is expected that the Western block will accept this move. Moreover, the Russian pro imperialistic population will be ecstatic about empire rebirth.

As a result, Ukraine will face the need to urgently implement the “special status” of Donbas into the Constitution. Meanwhile, the gas transition will shrink, and on top of budget issues, Ukraine will undergo extra expenses on gas pipeline maintenance. Gas pipeline maintenance is an unavoidable expense – irrelevant of gas source – be it Russian or Ukrainian gas. It can be estimated as 2-3 billion USD annually which is an unbearable burden for Ukrainians (currently it is paid by gas transit money.

Overall, a new reality is ahead of us – rough, pragmatic, ruthless. Weak will simply not survive in this new reality. And yes – this is legitimate.