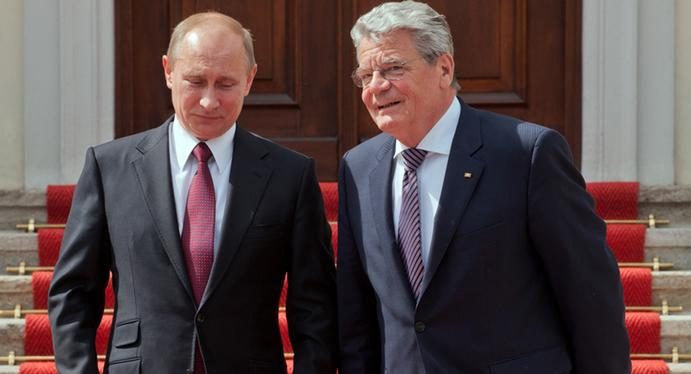 Does Ukraine has any chance for collective defense? The other day, Frank Walter Steinmeier, now known primarily for his “formula for a peaceful settlement” of the Russian-Ukrainian war, stated that Russia creates a “threatening” situation for the Baltic States area.

Krzysztof Szczierki, head of the Chancellery of the President of Poland said the same in March 2021. Noting some progress in creating a “community of Central and Eastern Europe”, namely the Baltic States, Ukraine and Poland, Szczierki said clearly: “We have shown that we are able to self-organize in this part of Europe.”

Now Steinmeier, who in Germany is considered to some extent a “Moscow’s devotee” and a supporter of good neighborly relations with Russia, has suddenly changed his attitude to Russia’s aggressive behavior.

The first factor is probably a release of significant resources in the USA after the withdrawal of troops from Afghanistan. The war waged by the USA in this country for 20 years is known to have forced the creation of a corresponding military reserve for the future, which can be used elsewhere in the world.

The second is the creation  of the AUKUS triple military alliance – Australia, the UK and the USA – on September 15 this year. Moreover, the importance of such a step and its urgency is evidenced by an unprecedented move – Australia’s termination  of a contract for the construction of submarines in France, which costs 90 billion Australian dollars or 66 billion US dollars. The creation of such a Pacific Alliance is not directed against France, but is rather a warning to China. After all, Beijing has recently become so close to Moscow that it was one of the first to accept the State Duma elections in Russia … Although we also know about China’s claims to a large part of Russian (currently) Siberia.

The third factor is the creation of joint armed forces by those countries that clearly feel the breath of the “Russian spring”.

Polish Foreign Minister Zbigniew Rau has been actively promoting in Eastern Europe the policy of unification against Russian aggression, which is experienced by Ukraine today, and is quite likely in Europe tomorrow. It is not for nothing that Bartosz Cichocki, Polish ambassador to Ukraine, proposedthe so-called “new format”, which includes Ukraine, the Baltic countries, Czechia, Hungary, Poland, Slovakia and Romania. And it is a confirmed fact that France has long promoted the idea of forming EU’s own armed forces.

And a new format is also a new defense alliance. Which can be created outside NATO. Without France and Germany. As well as the Pacific, by the way.

Needless to say that this will open absolutely new opportunities for Ukraine and may lead to absolutely new security guarantees. Especially since defense contracts  with the leading US and UK defense corporations totaling more than $ 4.85 billion, designed to strengthen our armed forces, have already been signed and launched.

The official website of the German President announces  that Steinmeier will pay a visit to Ukraine in October at the invitation of Volodymyr Zelensky. Can’t we assume that this visit might be the first step towards a new European defense alliance?

Apart from Ukraine, there is no country in modern Europe with real eight-year combat experience.