Home Opinion Investigations Why Tsemakh release is a threat for Ukraine

Why Tsemakh release is a threat for Ukraine 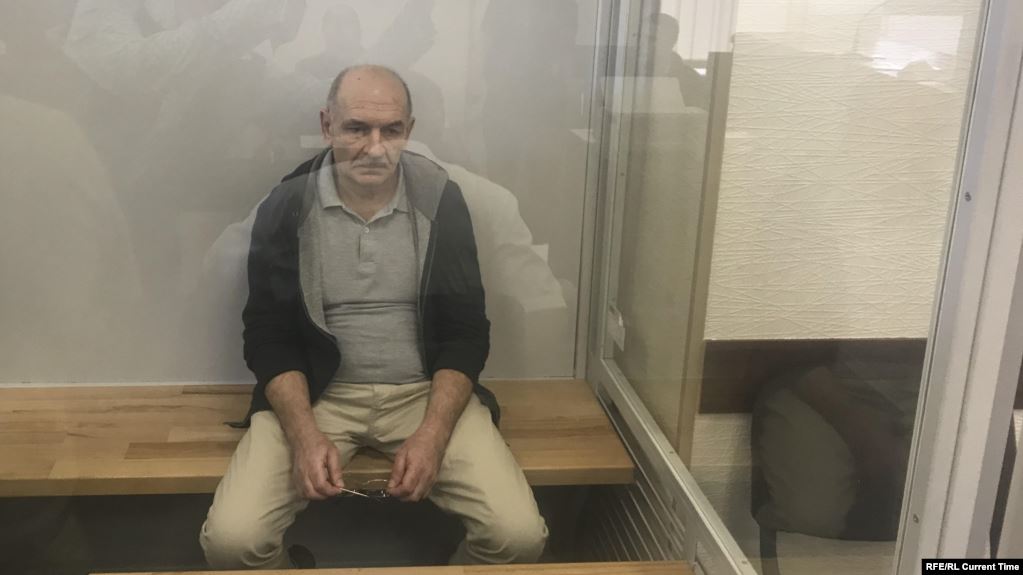 In addition to being accused of “creating a terrorist group” that threatens him with 8 to 15 years imprisonment in Ukraine, Tsemakh is also the most valuable witness for the international tribunal on charges of the downing of the Malaysian Boeing MH17.

According to journalists, the court session was very quick and none of the prosecutor’s adequate remarks were taken into account.

It looks like an execution of a political decision from the top of the power vertical rather than justice. Investigators from the Netherlands asked official Kyiv not to extradite Tsemakh because they wanted to interrogate him as a witness at the Hague hearings. Moreover, 40 members of the European Parliament appealed to the President of Ukraine Volodymyr  Zelenskyy asking him not to exchange Tsemakh. MEPs stressed that Tsemakh is an important witness in the MH17 investigation.

We will remind that on the eve of June 28, Volodymyr Tsemakh was taken out of the occupied territory during the Ukrainian special services’ operation and taken to the Kyiv city court. Ukrainian Special Forces conducted the operation of detention and forcible evacuation of a DPR terrorist well to the enemy rear, at a distance of about 80 km from the line of contact, risking their lives, health and freedom.

What the special services think about it. Officers’ unofficial opinion.

We appealed to the security forces from different intelligence and special operations structures to understand whether this situation was a “betrayal” or a “multi-move combination.”

Each and every person surveyed expressed similar views. Officers stressed that they were shocked by the court’s decision and can explain its speed only by the fact that the president wants to demonstrate his ability to release hostages at any cost, so he makes concessions and quick rash steps.

Failing to respond to the requests from international partners who have supported Ukraine all these years, the government is trying to make a name for itself as a peacemaker without even realizing that thus it leads Ukraine to the abyss and opens the door to more aggression from Russia. As a result thousands more Ukrainians will die. This aggression will not be long in coming, if international support to Ukraine weakens and sanctions are lifted. Besides, the captured Ukrainian sailors will be released on the basis of “exchange” and not in accordance with the requirements of international bodies and the Law of the Sea, which is also beneficial to Putin.

Already, the government is leading the public in social networks and the media to believe that the main thing is the exchange and not its price. They do not perceive as an argument the fact that Russia may seize new hostages at any time to again force Ukraine to take political decisions beneficial to the Kremlin. Besides, thousands of people have already been killed in the war for Ukraine. Nobody can return them, but the memory of them will be betrayed by political concessions to Russia.

None of the experts surveyed believes that Tsemakh’s release is a “multi-move combination.” They are shocked and predict a further deterioration of the situation. They asked for anonymity for obvious reasons.

Putin triumphantly announces a large-scale exchange, and Russia’s aggression on Donbas is growing

According to BBC News, during today’s plenary session at the East Economic Forum in Vladivostok, Russian President Vladimir Putin has stated that the exchange talks with Ukraine are close to “finalization” and the exchange will be large-scale.

As we see, the actions of the official Moscow and Kyiv have signs of political synchronization. However, a large part of Ukrainian society takes such steps as a straightforward betrayal of national interests of Ukraine and heroes who have died in the war.

According to media, the enemy sniper killed the Ukrainian paramedic on Donbas. The war will continue regardless of whether President of Ukraine Volodymyr Zelenskyy  reports about “zero” attacks by invaders or not, because in fact the number of attacks is steadily increasing despite attempts to downplay the war scale in official records.