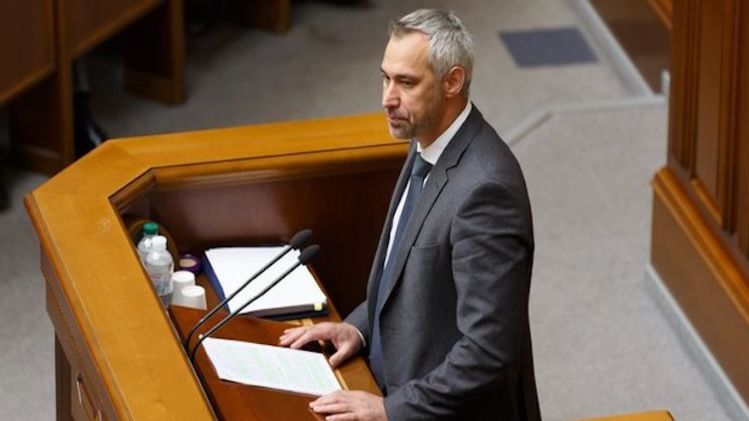 On the evening of March 5, 2020 the Verkhovna Rada of Ukraine impeached credibility of Prosecutor General Ruslan Riaboshapka.

This automatically terminates his powers and entails his resignation.

“Since we got an absolute majority in our Parliament, the next Prosecutor General will be 100% my man,” Zelenskyy once told his American colleague Donald Trump.

And now, when 263 MPs voted against the “man of the president,” the deputies from the presidential faction backed the decision. Not by an absolute majority, but with 179 votes.

The vote showed that oligarch Igor Kolomoisky and Putin’s chum Viktor Medvedchuk, with the support of Andriy Portnov and anonymous telegram channels, are ready to unite.

Riaboshapka’s chances of keeping the position were high to the last. Things changed after his meeting with the G7 ambassadors on March 3. It outraged Zelenskyy, and then the president finally determined his fate.

Neither requests from Western ambassadors nor the State Department’s calls to the President’s Office could rescue Riaboshapka.

“Zelenskyy has crossed the red line by dismissing Riaboshapka. In fact, it was the pro-Russian forces who wanted to get rid of Riaboshapka in the autumn. This situation proves that he no longer hears arguments of the Western partners,” said an interlocutor at the US Embassy to the Ukrayinska Pravda correspondent.

Later, Riaboshapka himself hinted at political interest of “certain oligarchs and their associates” in his resignation:

“I was not anyone’s servant. I have been independent. And no one can force an independent prosecutor, he can only be dismissed. So I am leaving. But I am going to return.” – Ruslan Riaboshapka says.