Home Politics Doing “politics” in Ukraine: “how to vote” scenario for Zelensky’s MPs

Doing “politics” in Ukraine: “how to vote” scenario for Zelensky’s MPs 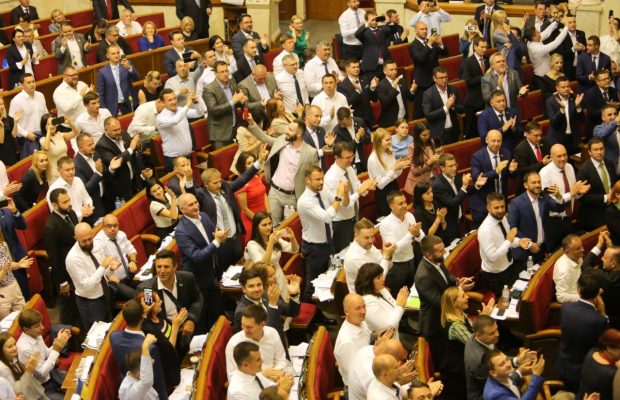 The main topic will be staff changes in the government and law enforcement agencies.

ZN has a document intended for deputies of the “Servants of the People.”  It contains the arguments for rebooting the government.

This “cheat sheet” explains how to argue in favor of certain candidates and to justify the Cabinet of Ministers’ structure. Besides, it provides “tips” on how to talk about the new government’s policy.

As is known, the relevant committee has recommended the Verkhovna Rada to dismiss Prime Minister Oleksiy Honcharuk. President plans to make a submission for the appointment of current Deputy Prime Minister Denys Shmyhal as the new head of the government.

A separate paragraph in the document provides arguments that Denys Shmyhal is not “Akhmetov’s person. ” Shmyhal worked as the head of one of the small enterprises of the Rinat Akhmetov group for several years.

People’s deputies of the “Servants of the People” had already received a similar “cheat sheet” explaining how to justify their claims.

In his turn, StateWatch expert Oleksandr Lemenov called the documents manipulative and added that there is misconception in them.