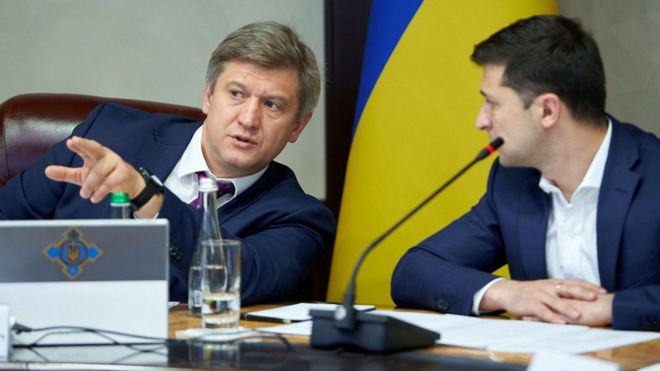 Why Danylyuk resigned and what’s next: main surmises.

The reaction to the letter was fueled by numerous media reports about why Danylyuk – an experienced financier, a person with an impeccable reputation, respected in the West, decided to leave. There are plenty of surmises.

What we know about Danylyuk’s resignation

Rumors that he had written a resignation letter came as early as the morning of September 27. The politician himself first joked on Facebook.

However, they were confirmed by the President’s office a few hours later. Oleksandr Danylyuk submitted the letter to the President of Ukraine before Volodymyr Zelensky started his working visit to the US to attend the UN General Assembly. The president will consider it after he returns to Kyiv. Danylyuk also confirmed that he would perform his duties until Zelensky’s decision.

After his post on Facebook, people began to discuss the reasons for the resignation. Some believe he will be promoted – to an ambassador to the US or the UK, others suggest that the reason may be related to Privatbank, as Danylyuk was finance minister when it was nationalized.

“I see what is happening now as a direct threat to national security. Extrajudicial reprisals are definitely not what should happen in this country. This is a big risk of destabilization”, – said Danylyuk.

Kolomoisky demands from the state compensation of $ 2 billion for, in his opinion, illegal nationalization of Privat. The case is still pending in the courts.

In an interview with US journalists, the Prime Minister has said that Bankova is considering settling a dispute between the state and the oligarch. According to one of the surmises, Danylyuk’s resignation may be related to this.

Other sources hint that the NSDC secretary allegedly has a conflict with chairman of the Presidential office Andriy Bohdan, in particular, over the holding of elections in Donbas.

A strategy of Donbas reintegration is being elaborated. Danylyuk oversaw it, but Bohdan wanted to oversee it himself.

He will be promoted to an ambassador

According to the third surmise, Danylyuk will be promoted to an ambassador to the United Kingdom or the United States instead of Valeriy Chaly who has been dismissed.

Will this affect the negotiations with the IMF?

All this is happening amid negotiations with the IMF on a three-year financial assistance program. Recently the mission has left Ukraine, but consultations are ongoing. The outcome document of the visit gently suggests that Ukraine should be cautious about the issues of the National Bank and liquidated banks.

They said, here is a homework assignment; we have left, and you should solve the problem. The red lines are any compromise on Privatbank. And if this is not done, there will be no cooperation with the International Monetary Fund – says economic expert Serhiy Fursa.