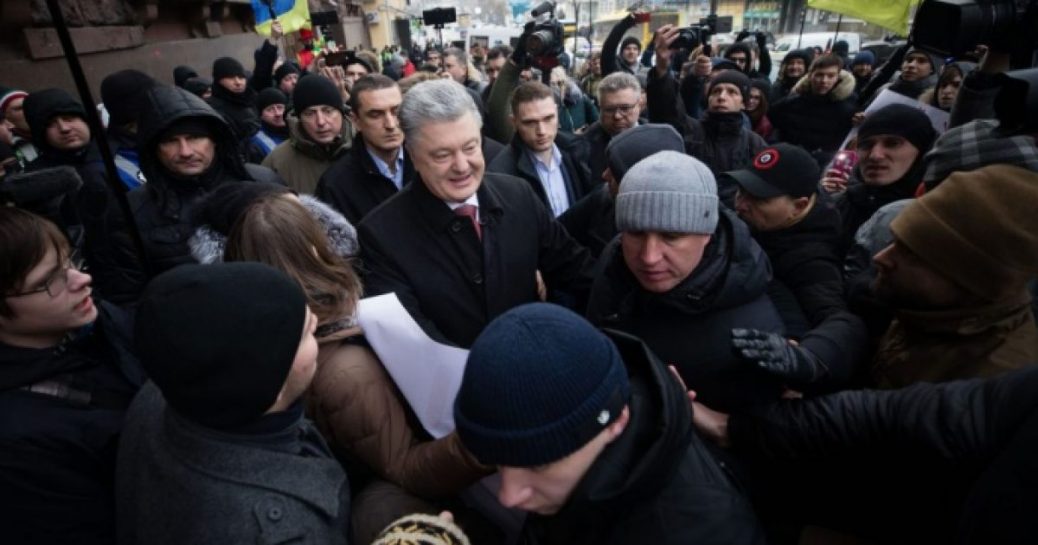 Petro Poroshenko, who was summoned by the SBI for questioning as a witness in a case of possible treason during the signing of the Minsk agreements, attended this institution.

Previously, the SBI declared that they were preparing Poroshenko’s compulsory attendance. This was because the 5th President of Ukraine had 20 times ignored the questioning at the State Bureau of Investigation.

We will remind you that the State Bureau of Investigation has published a list of 13 cases (as of November 2019), in which Petro Poroshenko appears. To be exact, the SBI conducts a pre-trial investigation of the following criminal proceedings, of which Poroshenko is a party:

1. The passing of Ukrainian ships through the Kerch Strait, which led to an escalation of the conflict with the Russian Federation, the introduction of martial law in Ukraine with the purpose of possible usurpation of power;

2. Seizure of the state power and falsification of official documents when submitting a nomination for an appointment of the Prime Minister of Ukraine in the absence of a coalition in the Verkhovna Rada of Ukraine;

5. Illegal detention of M. Saakashvili and his illegal transfer out of Ukraine to the Republic of Poland;

6. Organization and illegal transfer of M. Chaus across the state border of Ukraine to the Republic of Moldova;

7. Revocation of the decision of the head of the Pervomaysk district state administration, Mykolayiv region, concerning transfer of land within the territory of Leninska village council to the state property reserve;

10. Unlawful seizure of the Ivashka Recreation Base of the Ukrainian Society of the Blind by Officers of Soyuz-Invest LLC;

12. Abuse of office and interference with the work of judges of the courts of Ukraine through their untimely appointments, which has caused grave consequences in the form of unjustified payment of funds from the State Budget of Ukraine for their wages;

13. Interference with the work of judges of the Kyiv District Administrative Court by President of Ukraine and NSDC members on the decision to cancel the privatization of Privat Bank.

According to the SBI, 562 witnesses were interrogated during the pre-trial investigation, 431 inquiries were made, 205 temporary accesses to things and documents were obtained. In addition, 20 requests for international assistance were sent.

In general, the Fifth President of Ukraine Petro Poroshenko is a defendant in 16 criminal proceedings (as of January 2020).

In particular, today, he testifies in the case “On possible treason during the preparation and signing of the Minsk agreements”. Both Poroshenko’s supporters and opponents are waiting for him near the SBI building.