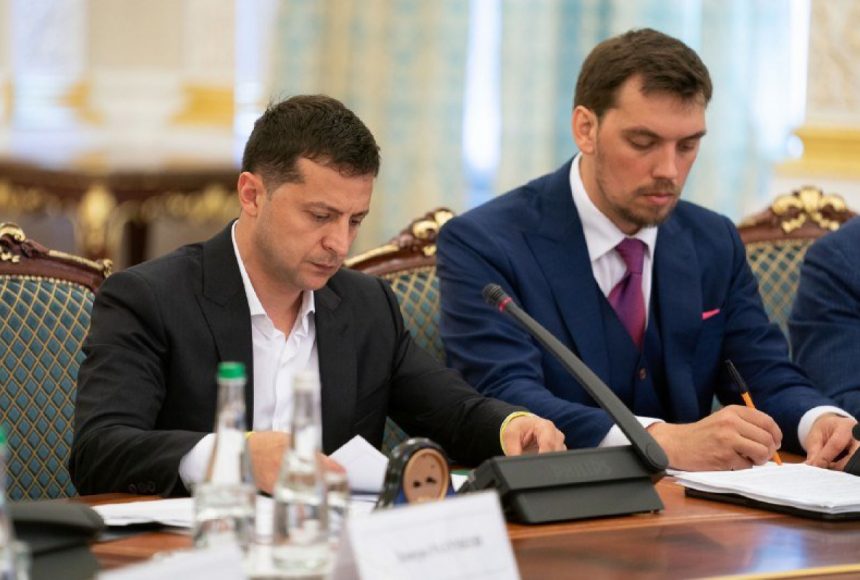 According to the Prime minister Oleksiy Honcharuk, his decision is related to a scandal that broke out after leaked recordings suggested that he had criticized President Volodymyr Zelenskyy.

“I came to the position to implement the President’s program. He is a model of openness and decency to me. However, in order to remove any doubts about our respect and trust in the President, I wrote a letter of resignation and handed it to the President with the right to submit it to the Parliament,” Honcharuk wrote.

We will remind you that that on January 15, a recording of Honcharuk’s conversation with Deputy Head of the National Bank of Ukraine Kateryna Rozhkova and Finance Minister Oksana Markarova before meeting with President Volodymyr Zelenskyy was published on a YouTube channel.

There, a man with a voice similar to Honcharuk’s says that the President has a very primitive understanding of economic processes.

Meanwhile, President of Ukraine Volodymyr Zelenskyy ordered law enforcement agencies to investigate the provenance of the tapes with conversations during a meeting of Prime Minister Oleksiy Honcharuk, ministers and representatives of the National Bank of Ukraine within two weeks, the President’s press service said.

Zelenskyy also demanded that “necessary measures to prevent such incidents in the future and technically protect the information be taken” within those two weeks.

“Unauthorized wiretapping and recording of conversations should not take place in the premises of government bodies at all levels, as this is a matter of national security.”