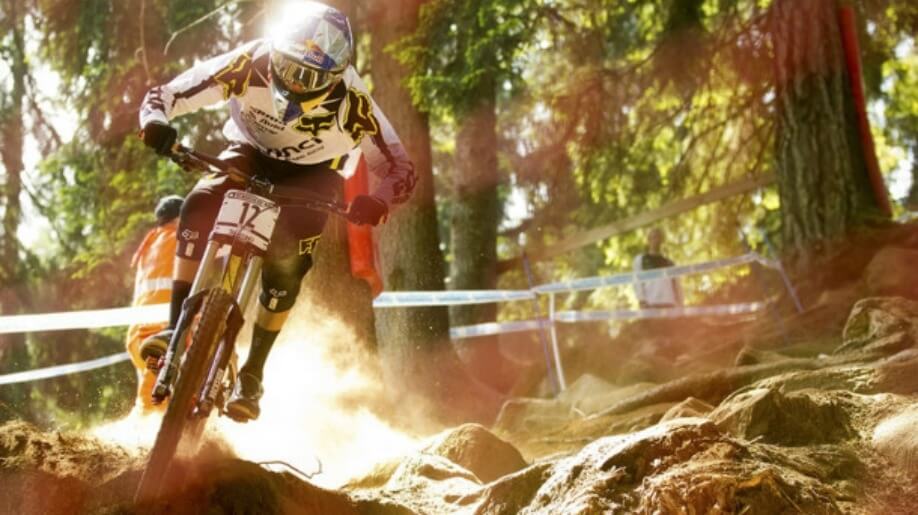 The international cycling race Free Rate DH (Down Hill) which has traditionally been held in Yalta, Crimea, will be held in Bukovel, Ukraine in 2015 as has been noted in the UCI (Union of Cyclists International) calendar, Iryna Holinko reports.

Thanks to the efforts of the Ukrainian Cyclists Federation, Russia has lost its bid to host the race in Crimea where it has traditionally been held under the Ukrainian blue and yellow flag.

How Russia Deceived the UCI

The organizers of the race in Crimea submitted registration papers to the UCI for authorization to hold the race that had now been renamed the “Yalta-Russia Cycling Race.” The UCI whose main objective is the growth and advancement of the sport worldwide had agreed to authorize the race.

Taking the objection into account and after considering the request of the Ukrainian cyclists the UCI official agreed to change the site of the race to Bukovel in Ukraine.

“The members and representatives of the UCI aren’t exactly experts in geography. Besides, national federations are presumed to be trustworthy. It never occurred to the UCI that they could be deceived like that. One of the UCI representatives said that the fact that Stalin, Roosevelt and Churchill had met there was about all we know about Yalta,” said Bashenko.

UCI regulations stipulate that for a race to be entered in the official UCI current year calendar of race events the national cycling associations must submit a request no later than July 1st. The UCI has conceded Ukraine the right to host the race and the race has been entered on the official UCI calendar.
The race, labeled ‘Bukovel Horizon Cup DHl’ will be held on Ukrainian Independence Day, August 24th in Bukovel in the Carpathian mountains.

What the Ukrainian Cyclists Federation has achieved should serve as an example to other sports associations that are suffering because of the occupation of Crimea and the war in the Donbas. Keeping international sports competitions within our country is a very realistic goal. It takes hard work. Every opportunity must be utilized, even the tiniest possibility. Giving up is not an option.

If we had acted like the Ukrainian Cyclists Federation has then perhaps the tournaments that had been planned for last year would have taken place.

We remind you that in 2014 the following sports competitions were cancelled in Ukraine: the Ladies’ Professional ITF Tennis Tournament which was scheduled to take place in Donetsk in August; the first stage of the Rugby-7 European Championship, Men’s Division A which was to take place in Odesa; and the European Cup round in athletics (League I and League II) was moved from Donetsk, Ukraine to Portugal.

EMPR, O.R. contributed to this article.

Original version in ukrainian language is available on espreso.tv.