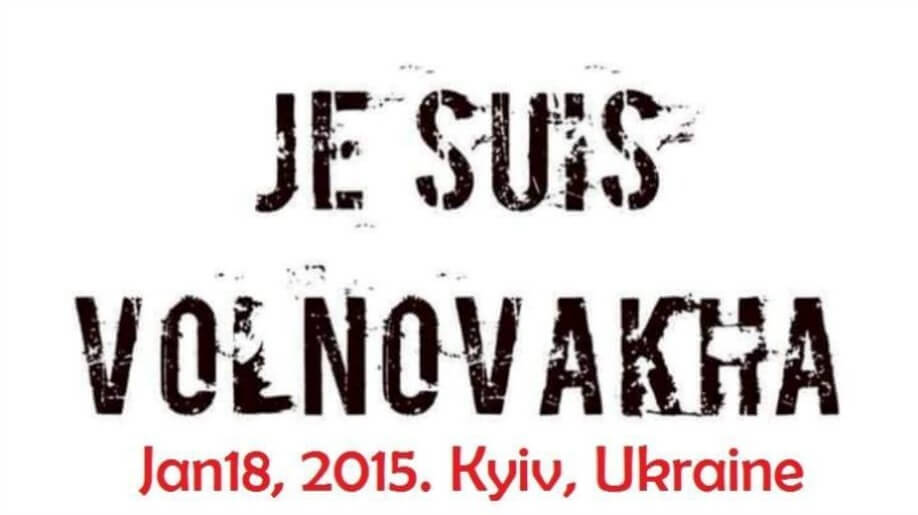 On 18 January Ukrainian communities across the globe rallied against Russia’s terror in Ukraine under the #JeSuisVolnovakha aegis. EMPR brings you an overview of how Ukrainians at heart spoke out, from Tokyo to Sloviansk.

Tokyo. Rally outside the Russian Embassy.

Sloviansk. Commemorating the victims of terror – flashback into the city’s occupation by Russian-backed militants.

To see what the #JeSuisVolnovakha rallies were like in Kyiv, Kramatorsk, Berlin, Rome and other places check our Story.