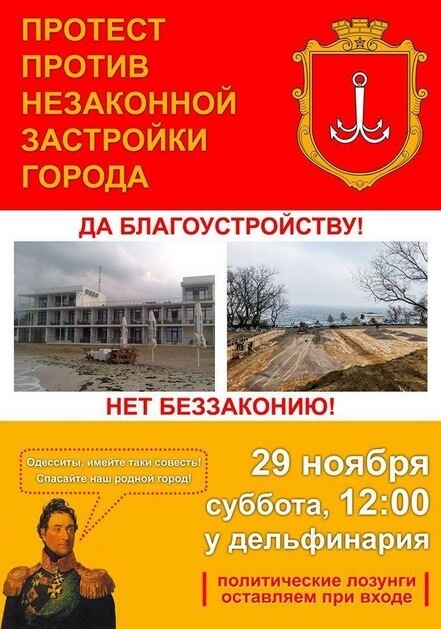 Tomorrow Odesa will protest against illegal devastation of green zone near seaside, which threatens both ecology of the city and law-enforcement of Ukraine.

Despite the Revolution of Dignity, which was held this winter, Heavenly Hundred Heroes, that died for Ukraine, hundreds of Ukrainian patriots that defend our country in the conflict zone in Eastern Ukraine, current Odesa’s authority seems continue its former corruption deals, sells Odesa land, and violates Ukrainian law.

Came to Langeron beach, Nemo dolphinarium and hotel complex at 12:0 to support the truth!