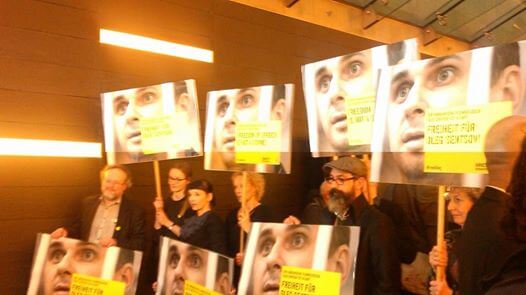 Starting from January 2014, EMPR twitter team operates 24/7 to provide in-time Ukraine news, breaking news, analytics, video and photo reports for our readers from all over the World.

The situation in the war zone in eastern Ukraine remains tense…

Fourteen Ukrainian short films produced over the recent years competed for a prize within the first edition of the uFilmFest – first International Short Film Festival that took place in Kyiv on 12-13 February.  EMPR’s choice: we picked five Ukrainian short films out of the selection that are must-see…

When it comes to Ukrainian fashion on an international scale, one might not instantly think of Mercedes-Benz Kiev Fashion Days, but definitely should…

Repressions toward Crimean Tatars continue by the Kremlin regime…

Gennadiy Afanasiyev Crimean Ukr illegally detained in Rus has sepsis, he is not rendered med aid in colony – lawyer https://t.co/eXumYRqYHa