Home » Andriy Parubiy met with a delegation of US congressmen

Andriy Parubiy met with a delegation of US congressmen 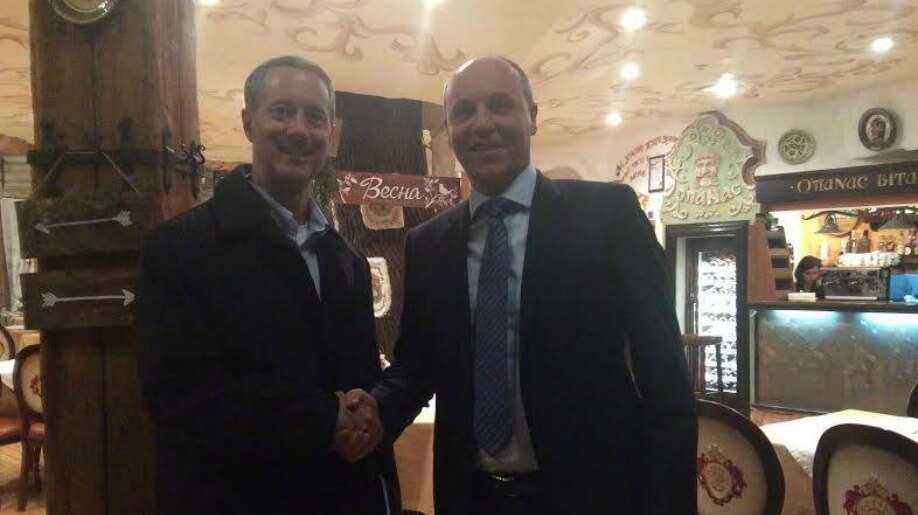 Andriy Parubiy, Deputy Speaker of Parliament, Ukrainian politician and the former Secretary of the National Security and Defence Council of Ukraine [appointed after the Ukrainian Revolution of Dignity], met with a delegation of US congressmen in Kyiv.

EMPR presents Andriy Parubiy’s report on how this meeting was held for our english-speaking audience.

I was first acquainted with him during my recent working visit to the United States when I met the Speaker of the House of Representatives regarding supplying Ukraine with arms. During our conversation, I asked the question: What in his opinion is most important for Ukraine at this stage? Thornberry said: “Ukraine is in a difficult period. You need to implement economic reforms, reform of local government, but these reforms cannot be made without ensuring the safety and security of the country.”

Notably, after Ukraine, the delegation of American “hawks” will visit the Baltic States and Poland. It is in these countries over the past few weeks, that further military equipment and military units of NATO, have been relocated.

At the conclusion of the meeting, when I thanked them for Ukraine for providing non-lethal weapons, and expressed hope that soon we will get lethal weapons, William Thornberry said: “You should know that you are not alone. We will do our best.”

It is important that soon will begin joint exercises with the paratroopers of the 173 brigade of the US Army and the National Guard combat units, many of whom are volunteers with Maidan Self Defence [Samooborona].

For us, it is really important at a time when our boys at the front are protecting the civilized world from the hordes of Putin, that we firmly know and feel that we are not alone.