Home » Bernard-Henri Lévy’s view on the situation in Ukraine: highlights

Bernard-Henri Lévy’s view on the situation in Ukraine: highlights 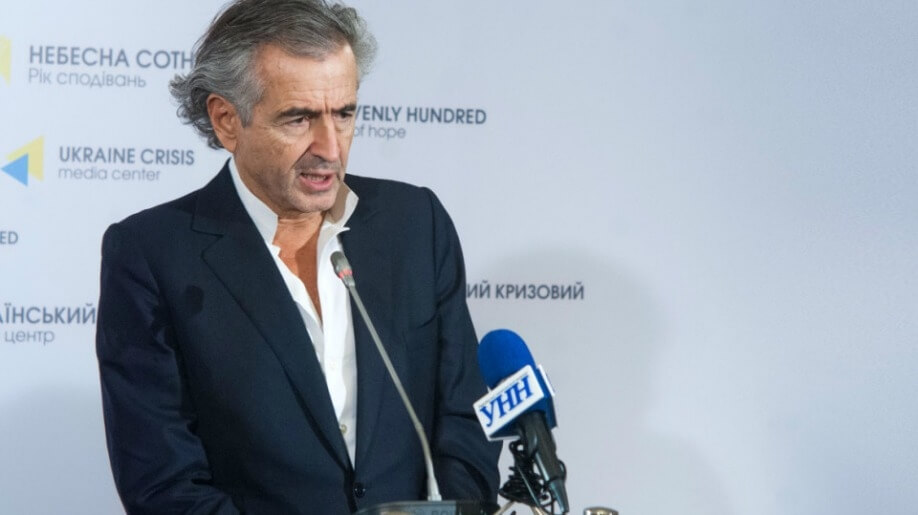 French public intellectual and author Bernard-Henri Lévy presents his new play “Hotel Europe” – monologue on stage in Kyiv on 21 February,2015. After Kyiv “Hotel Europe” of Henry-Levy will be showcased in Odesa. In the meantime, today he gave a presser and expressed his view on the current situation in Ukraine, on France policy toward Ukraine and Putin’s action.

The main highlights are as follows:

– despite the defeat Ukrainian servicemen who were fighting in Debaltseve are the heroes for Ukraine and the whole world;

– Europe must not give up on Ukraine;

–  Europe must support Ukraine in its fight not to betray it’s own memory;

– Ukraine is fighting for Europe

– Donbas is not Kosovo and Ukraine is not Serbia. Comparisons are inappropriate [Bernard Henri-Levy replies to a statement of Sarkozy];

– Europe’s reaction to Russia’s aggression in not strong enough;

– providing weapons is not as bad as leaving soldiers to fight against a stronger enemy on their own;

– not fair when the international community ties Poroshenko hands and leaves free those of Putin;

– because Ukrainian army is weak Russia army advances. Either we have to stop Putin or balance the powers;

– If Europe lets pass unnoticed what has happened in Debaltseve it will loose its authority and leadership of any nature.