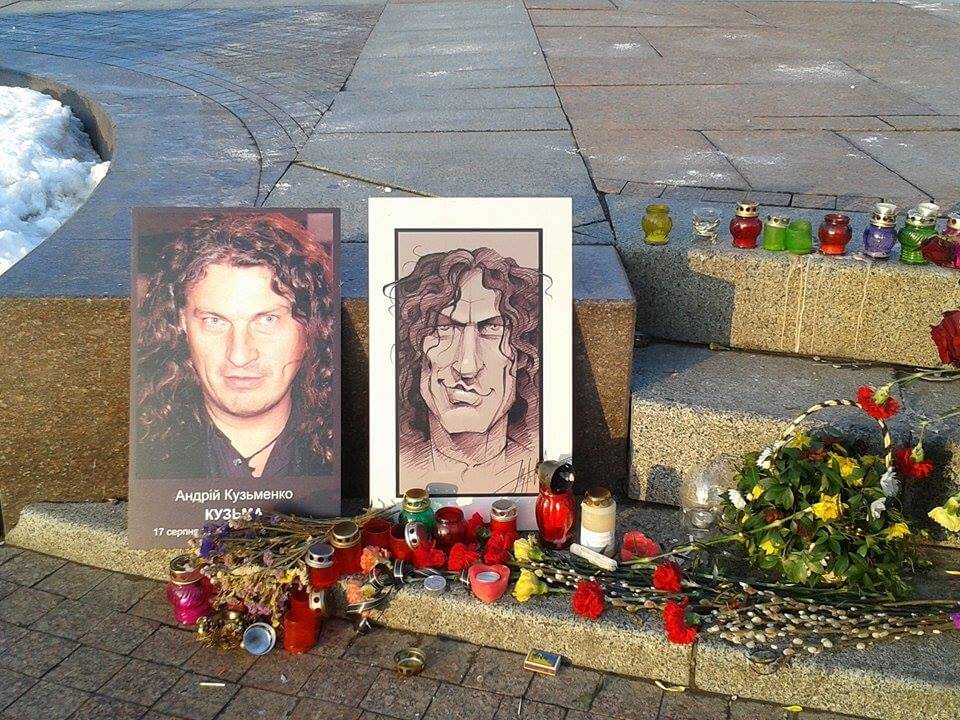 Today’s EMPR twitter digest prepared with aim to pay last tribute to the prominent Ukrainian musician – contributor to Ukrainian culture and active volunteer who helped Ukrainian soldiers Andriy Kuzmenko (Kuzma) in the day of his funeral.

February 2: for those who in NY

For those who want to commemorate #Skryabin in #NewYork: 19:00, Consulate General of #Ukraine via @Vika_Kovalchuk pic.twitter.com/VdYOGTNCD5

February 3,2015: in Kyiv people keep coming to the main square to commemorate Kuzma. His songs are played.

Ppl in #Kyiv keep coming to the sq to commemorate Kuzma of Skryabin killed in a car accident. His songs r played. RIP pic.twitter.com/zMwNA5YmV1

Ppl pay last tribute to #Ukraine's musician #Skryabin who died in a car accident on 2 February via @HromadskeTV RIP pic.twitter.com/wpFPx8zuz7

February 5,2014: in the funeral day, photos of the epic musician, opinion maker and the real civil leader for thousands of young and adult Ukrainians were seen at the main squares in many cities all over the country.