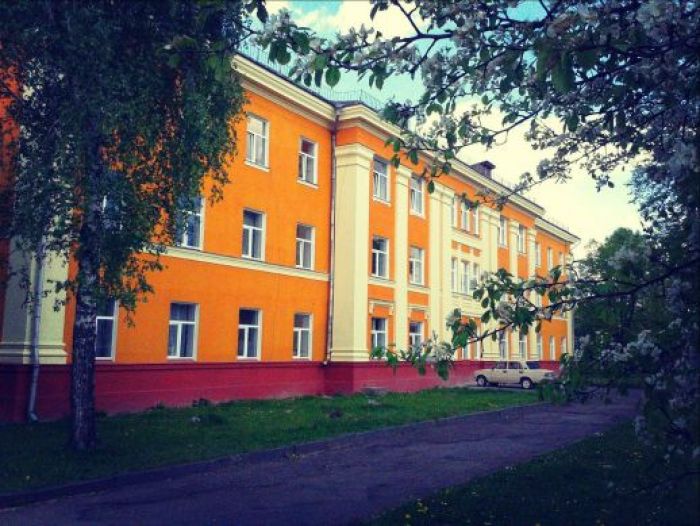 The war in Ukraine continues. When it will end no one knows. So many people have died. And so many of our soldiers need quality care after returning from the front – quality medical care and psychological care to help them adapt to everyday life.

Where can they turn for help? How are they to live with amputated limbs? Until recently few of us knew that in Kovel, a cozy town 70 km from Lutsk, European style orthotics and prostheses for adults and children are being made.

“The Kovel Orthotics-Prosthetics Company was officially founded in 1996, an enterprise initiated by the ‘Children of Chornobyl’ fund based in Germany, and with the support of the administration of the Kovel railroad workers’ hospital,” said Liudmyla Kozak, manager of the company.

“For fabricating the prostheses specialists from Germany supplied all the necessary equipment, made by OttoBock, and conducted the teaching and training courses underwritten by the International Society for Prosthetics and Orthotics. Tests are administered after the completion of the courses and upon passing the tests the trainees receive international certification as ‘prosthesis technicians.’

The courses last about two and a half years. Already in April, 1998, after passing the required test in the theory and application of prostheses the first trainees were certified. “I was one of the first to be certified,” Vasyl Ostapchuk reminisced, smiling. He has been working at the company close to 20 years and he is currently involved in making complex, intricate upper and lower limb prostheses. 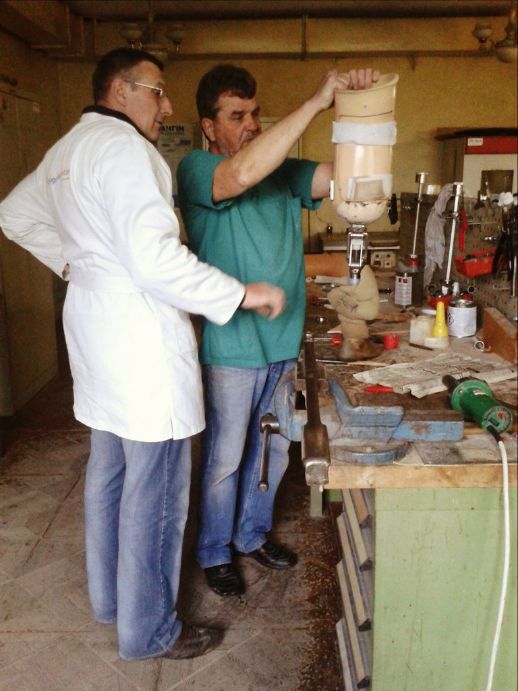 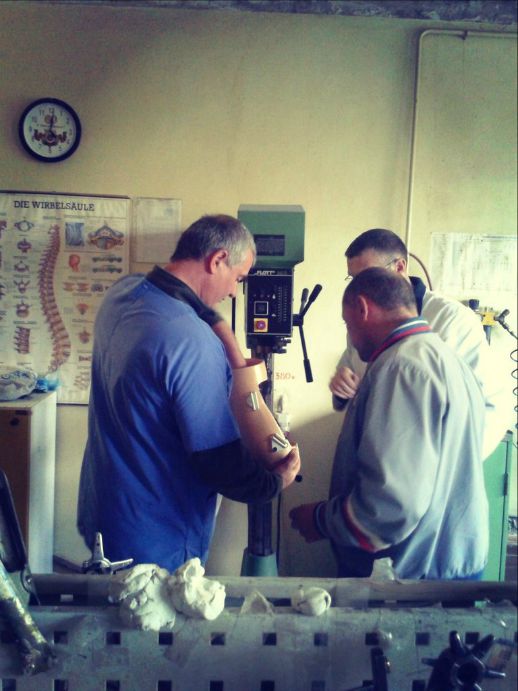 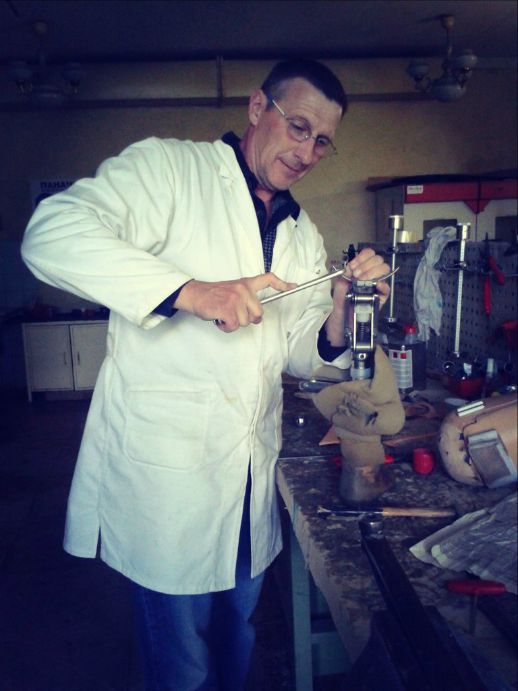 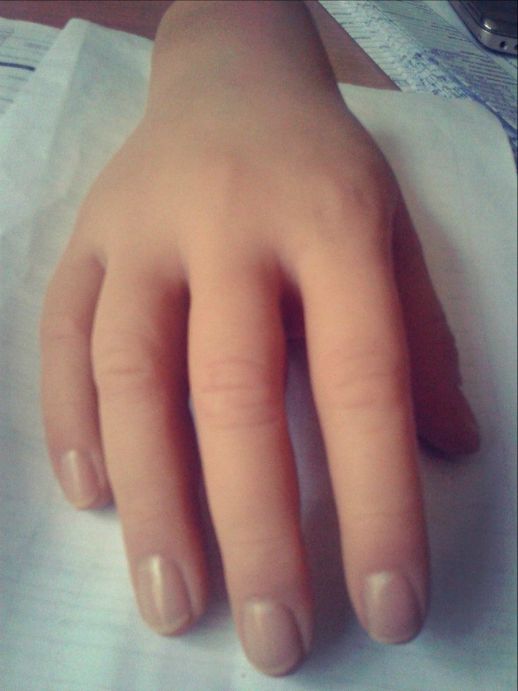 “Between 1996 and 2000 the company manufactured prostheses for children free of charge. Adult prostheses were sold for a fee. After our company was incorporated into a prosthetics company in Lviv (and became state-owned) in 2000, the prostheses are now free of charge for both children and adults.

The company manufactures prostheses of the upper and lower limbs, braces, and other supplementary devices. Myoelectric and bionic prostheses are not manufactured, since for those to be manufactured specialized and expensive equipment is required, which the company does not have. In Ukraine myoelectric prostheses are currently being manufactured only in Kyiv and they cost close to 15,000 €. Besides, as Liudmyla Kozak noted, the better-quality, high-tech prostheses are not the best fit for every patient. The presence and effectiveness of nerve-muscle transmission in the amputated limb has to be taken into account, as well as the quantity and functionality of the nerve receptors in the limb, etc. In addition, specific components will require replacement in these highly technical prostheses in case any problem arises and that also creates difficulties. When a patient is being fitted for a prosthesis for the first time it is better to utilize a simple, mechanical one, to make it easier for the patient to learn to use it. Government subsidies to cover the cost of the prostheses have increased on 300%.

After an exhaustive conversation about the history of the company and its current work, the smiling Vasyl Ostapchuk gave me a tour of the facility where he has worked for 20 years. Everything is operating smoothly, following the prescribed methods. The medical personnel sees to it that the appropriate quality in the fabrication of the prostheses and orthotics is sustained, and the comfort of the patient along with an emphasis on the individual need of the patient is at the heart of the service. 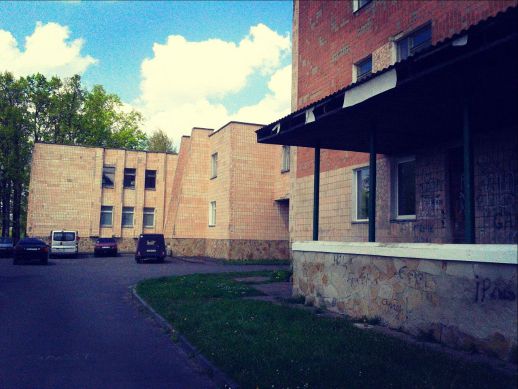 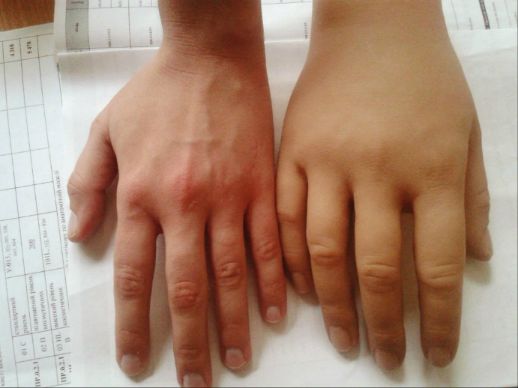 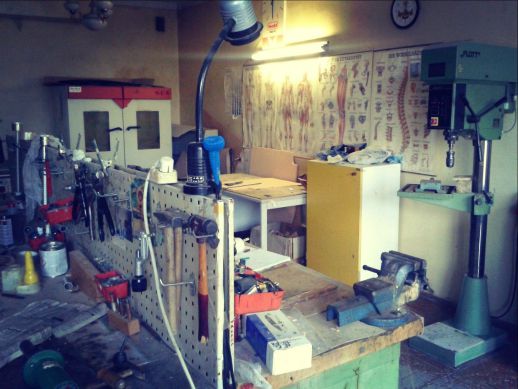 After visiting the facility and observing the whole fabrication process of prosthetic-orthotic devices consistent with European standards, after chatting and spending time with the very nice people who work there, we can honestly recommend the Kovel Orthotics-Prosthetics Company.

They will listen to you, to what your needs are, they will understand you, and they will gladly help you.