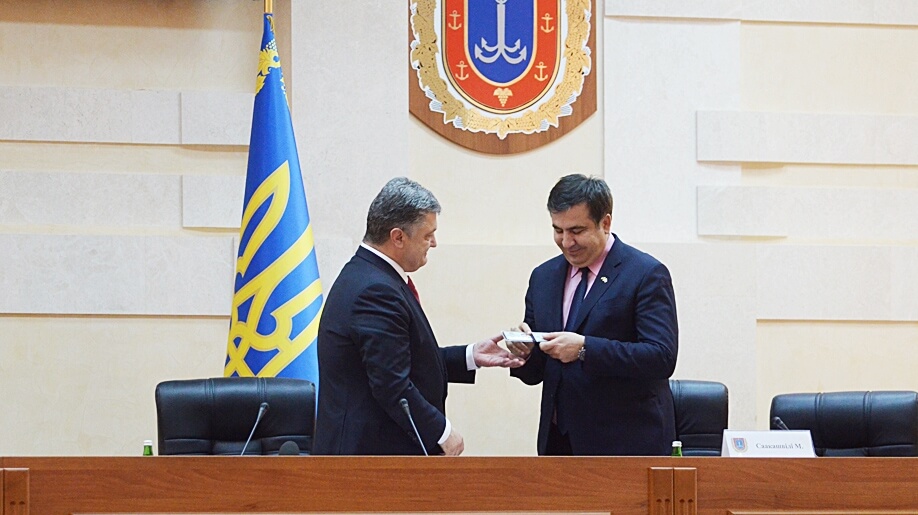 May 30, President of Ukraine Petro Poroshenko officially presented in Odessa the new governor of the region – Mikheil Saakashvili, former Georgian president, who once fought the war with Russia and is now pro-western exile of his country. 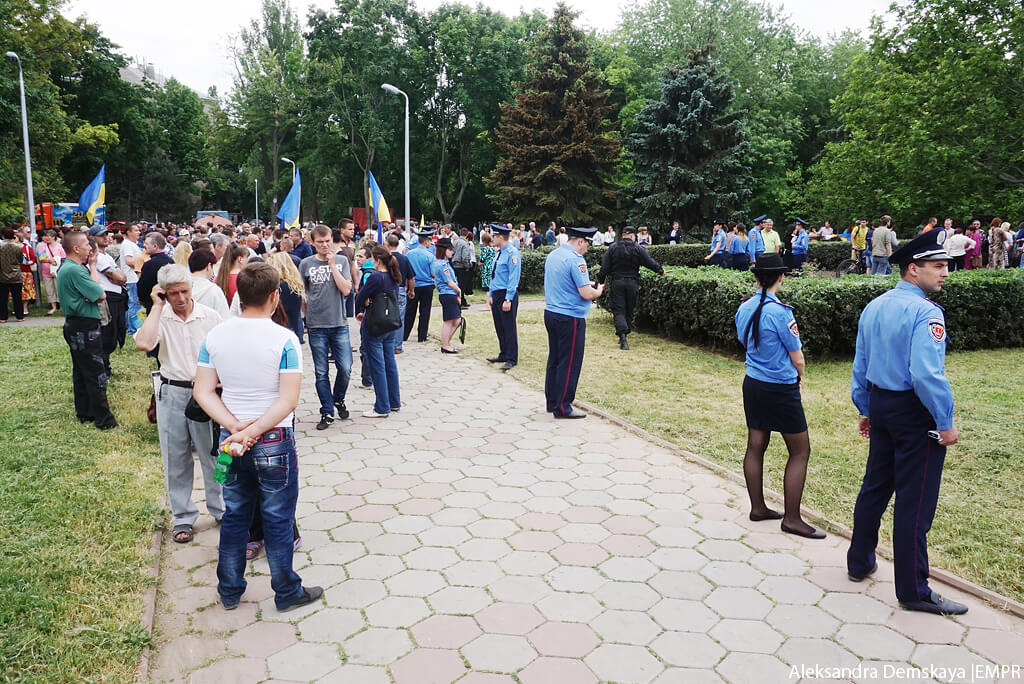 The fears have been long and serious that Moscow is interested in the strategic Odessa Region and might proceed to capture the city. According to Petro Poroshenko, the appointment of “his and Ukraine’s old friend”, who is in love with Odessa, is aimed at strengthening the region. 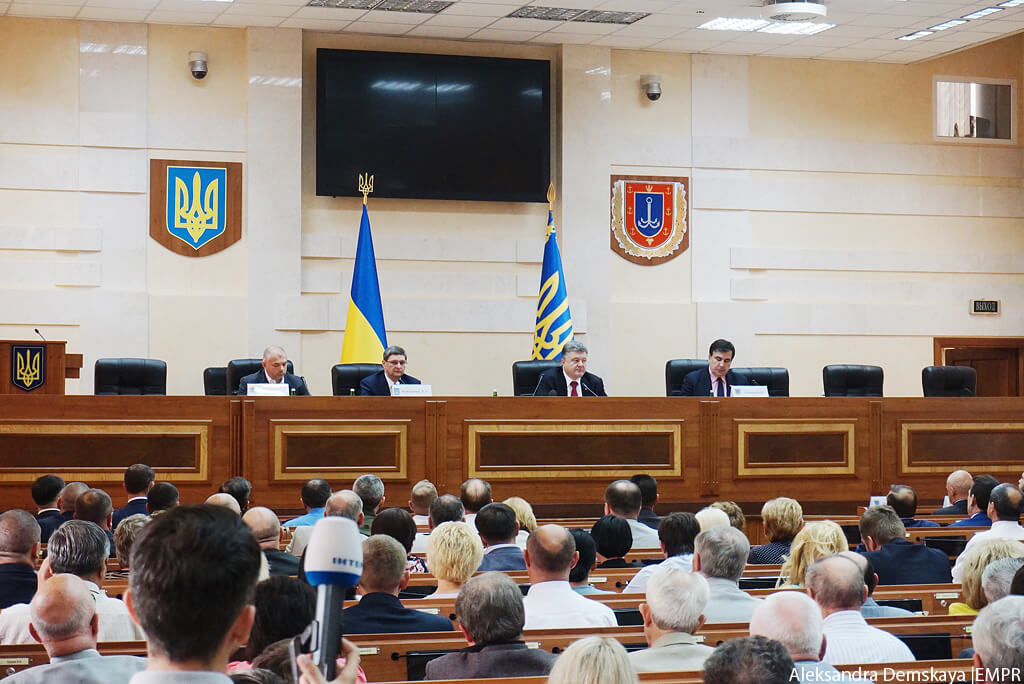 This appointment, however, will become an interesting experiment, whether a person from outside known for successful fighting corruption in his own country, be able to cope with this phenomenon in Ukraine. 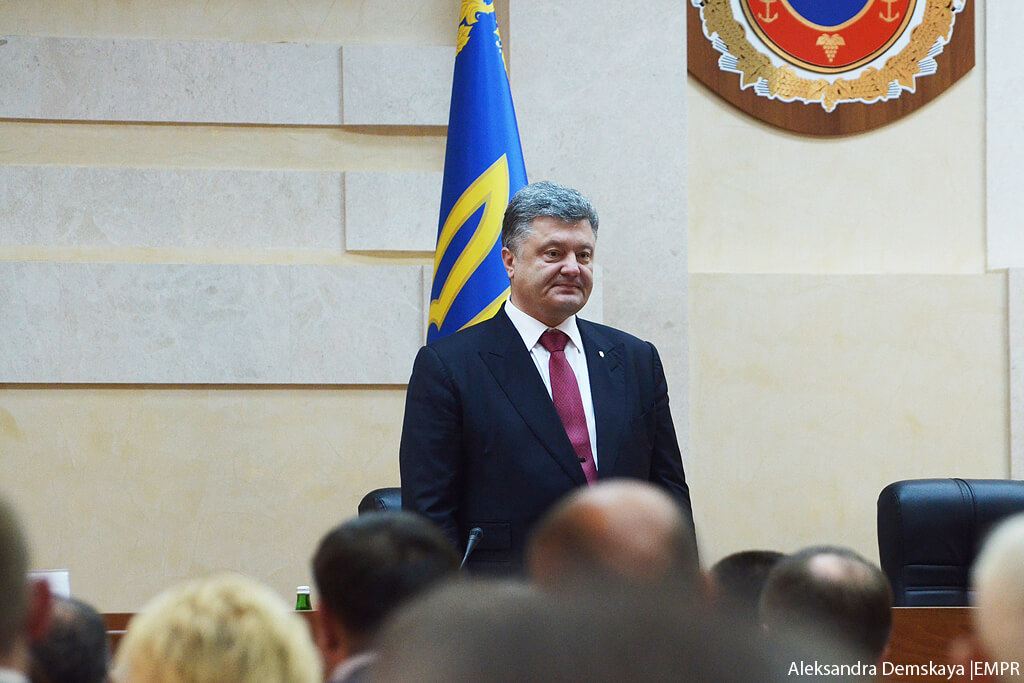 “There are two wars in Ukraine: one with Russia’s aggression and another with corruption, for fair and independent courts and police, honest customs and decentralization”, Petro Poroshenko said during presentation of the new governor.

From now on experiment is ongoing with the promising statements of Saakashvili who says tangible results can be expected by locals quite soon, with this warning that any changes require time.

In advance of the possible questions, Poroshenko noted that Mikheil Saakashvili had been granted Ukrainian citizenship on Friday. And newly appointed governor of the region started his address to the Odessa community and officials in Ukrainian. 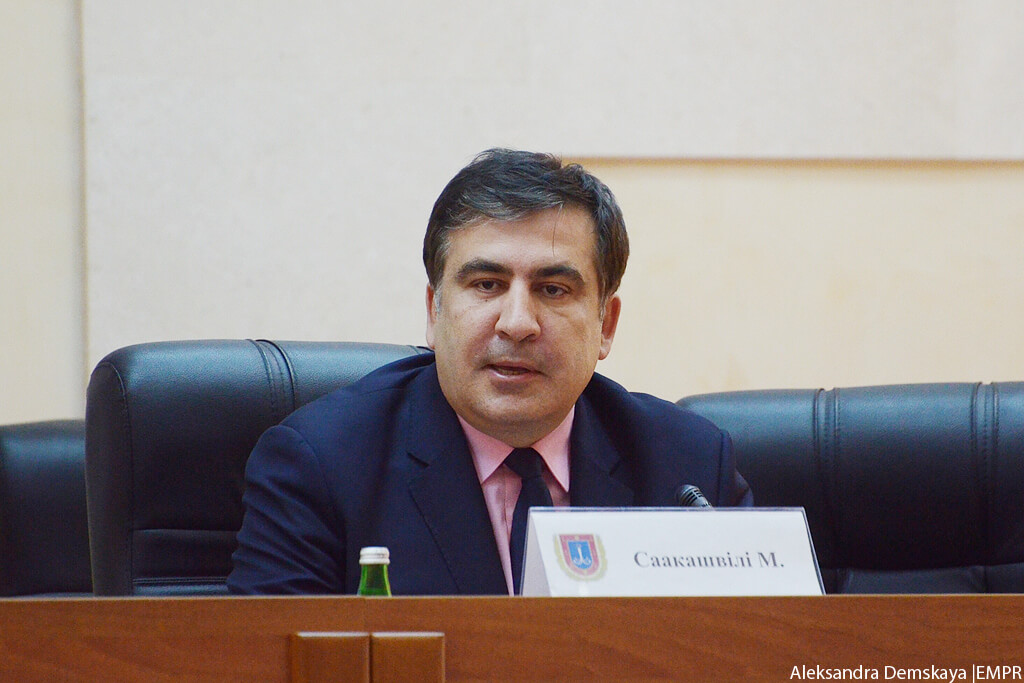 In his speech, he sent a clear message to both those dreaming of destabilising situation in Odessa, including Kremlin blamed for 2 May tragedy a year ago, and corrupted business and authorities:

“Our goal is to leave all artificial conflicts in the past, to consolidate society and to create transparent rules for everyone. The strength and unity of Odessa is in its diversity, and I do count on support of Odessa residents in implementing reforms in the nearest future.”

Both Poroshenko and Saakashvili repeatedly stressed the importance and potential of the Odessa Region. 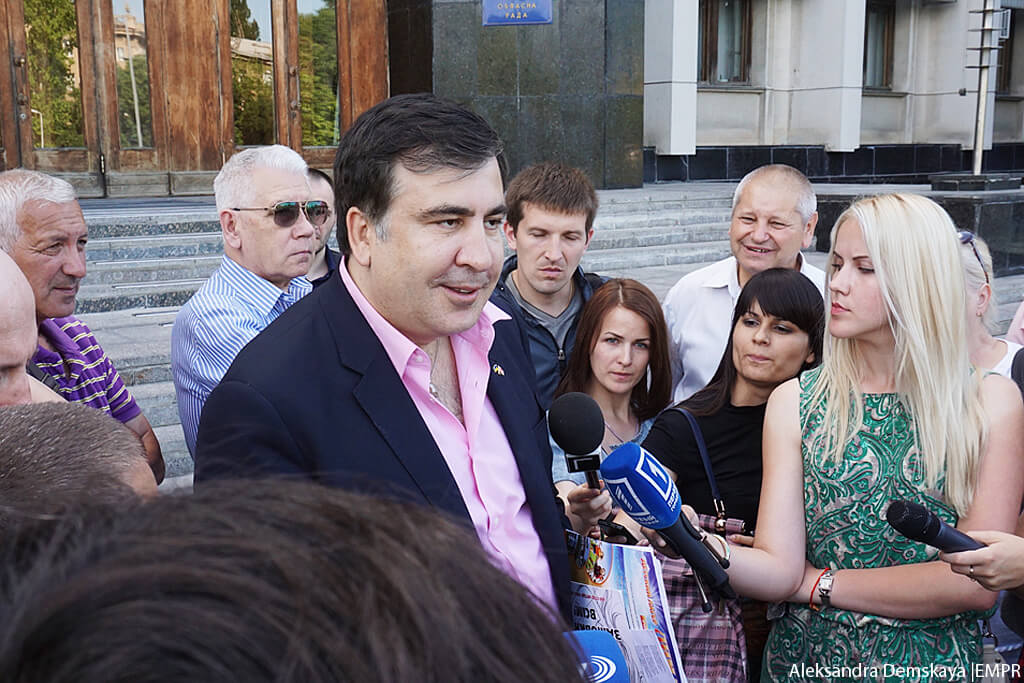 “I’m not interested in money”, Saakashavili said later during his briefing. “I have been warned about corrupted schemes and that I might literally break my neck one day, or something else can happen to me in Odessa if I start fighting corruption here, but I love challenges, I love Odessa and I want to use its great potential to make it not only the southern capital of Ukraine, but the capital of the Black Sea as well”.

“I myself have never heard about president of one country become a governor of a region in another, but I love experiments”, the new governor added at the end of his briefing.

To remind, ex-president of Georgia Mikheil Saakashvili paid a visit to Odesa a week ago, 23 May, and participated in traditional Vyshyvanka Megamarch as well as Georgia’s Days in Odesa Festival.

The publication is also available in Russian.