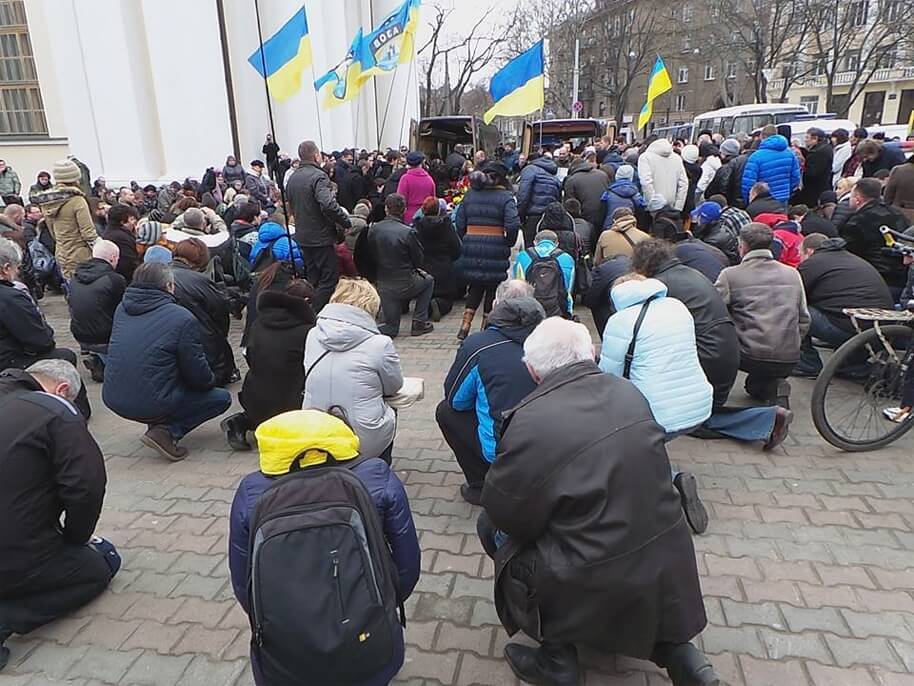 Initially it was planned to conduct the farewell ceremony with closed coffins, but under request of Oleksandr’s mother his coffin was opened. The woman wanted the world to know what Russian invaders did to Ukrainian
soldiers. The face of her son was crippled, his ears cut off.