Odessa Self-Defense is ready to protect the city from Russia 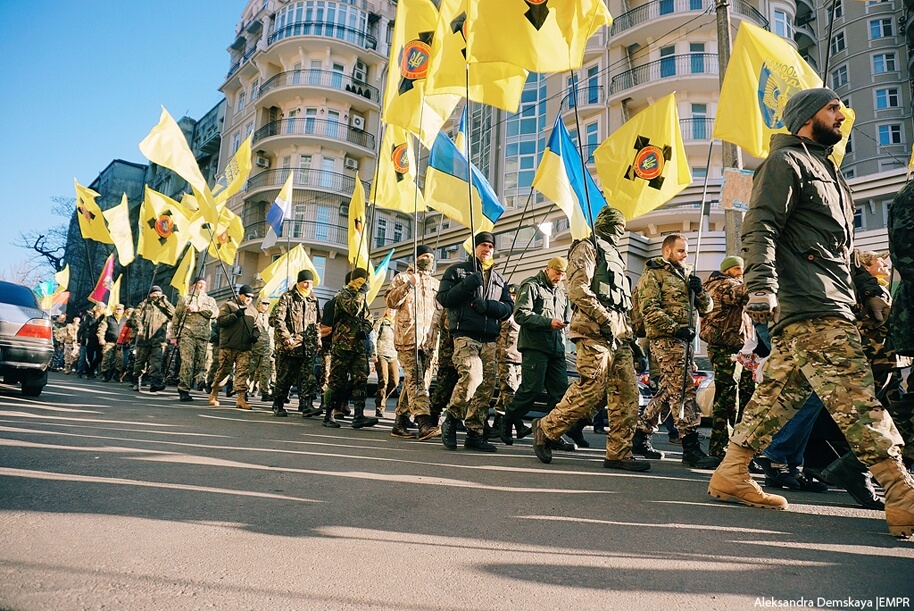 21 February, the Odessa Self-Defense marched the central streets of Odessa to celebrate a year since it was founded and to commemorate fallen Maidan heroes. Around 200 Odessa Self-Defense representatives gathered near monument of Taras Shevchenko and then marched sunny streets of the city to the monument of Duke de Richelieu. Participants of the march commemorated those who had been killed at Maidan a year ago and during Russian-Ukrainian war afterwards. They also expressed readiness to protect their city in case Russia goes further with the invasion. The Odessa Self-defense was founded on 19 February 2014 after the participants of peaceful rally supporting Maidan had been beaten by thugs (called ‘titushki’), hired by corrupted authorities.The non-governmental organization comprises of men and women of different ages and professions, including businessmen, musicians, historians and others.There are not only Ukrainians, but also Russian citizens, who asked for asylum in Ukraine, fleeing from totalitarian Putin’s regime. Photos and story by Aleksandra Demskaya|EMPR