Rally in front of the Verkhovna Rada of Ukraine 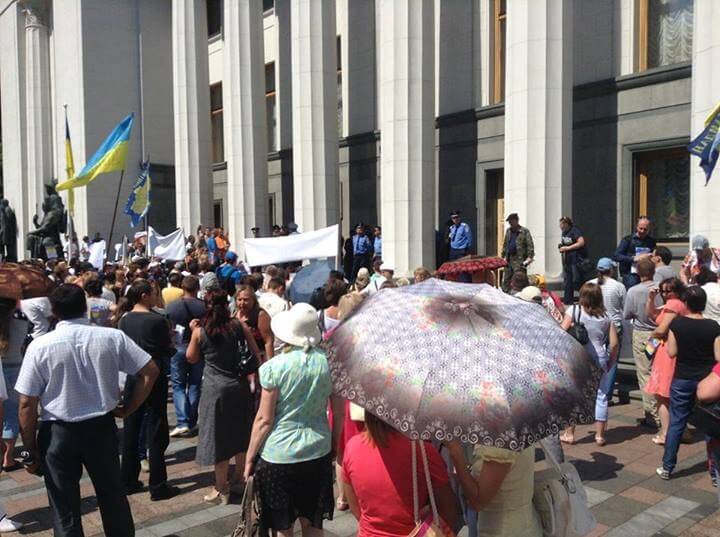 At 12.00 at the meeting of the Central Council of Maidan squads (hundreds) and of Maidan hundreds it was decided to block all exits from Verkhovna Rada (Parliament) until the emergency state in Eastern Ukraine is voted for and vacations for MPs are cancelled. Protesters of all ongoing piquets by the Rada joined the blocking initiative.