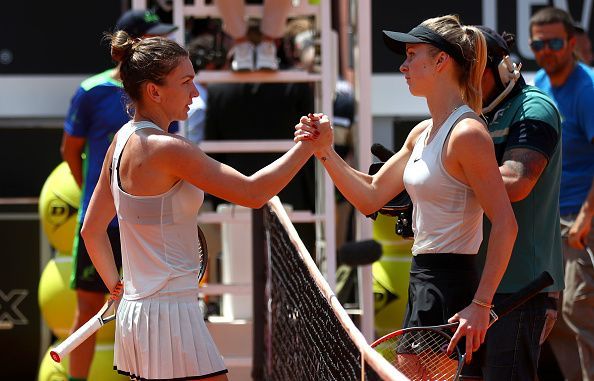 Our tennis player’s opponent was Karolina Muchova from the Czech Republic, the world number 68.

Previously, Svitolina and Muchova met once. This year in February Ukrainian tennis player won the game 6-4, 6-2 on the hard court at the tournament in Doha (Qatar).

Svitolina won the match with Muchova at Wimbledon. Svitolina was initially on the defensive, losing her first two service games as she slipped 5-2 adrift in the opening set.

However, our tennis player managed to change the course of the fight and won the game 7-5. Svitolina also won the second set – 6-4.

Elina Svitolina first reached the semifinals at Wimbledon. She will also play in the Grand Slam semi- finals for the first time.

Romanian Simona Halep was the opponent of the Ukrainian
Elina Svitolina in the semi-finals, and outplays he.