Home » They work under fire. How doctors in Mariupol heroically save people

They work under fire. How doctors in Mariupol heroically save people 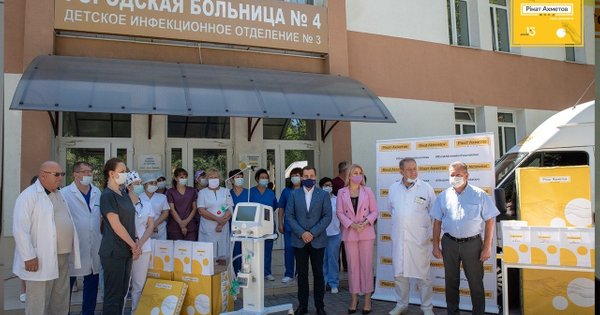 Mariupol City Hospital #4 was one of the first to experience the “joy of liberation” that the Russian army brings along. The hospital is located in the Left Bank district of Mariupol, which has probably been affected by the shelling the most.

From the first hours of the war, the crimson sky of the East, which was burning because of jet artillery shelling, was seen from the windows of the hospital and the walls of the building were moving as if made of plasticine.

But then the situation only got worse.

The shelling did not stop for hours. It is difficult to say now whether they were aimed at the hospital or not, but the building was badly damaged. All the operating rooms were bombed to the ground. These are the same operating rooms that the Mariupol municipality solemnly opened just before the war after a major reconstruction.

One big aerobomb got right there and made a hole in the roof. Thereby the doctors and the patients looked at the starry sky without leaving the hospital.

In general, due to constant shelling, the operating rooms moved to different places several times.

Only 12 doctors remained in the hospital. They operate and assist each other almost all the time, acting otherwise in these conditions is impossible. And you know what’s impressive about them? Optimism.

“We are fine, we are working!” That’s what doctors-heroes say cheerfully, they decided to stay in their workplace until the very end for various reasons.

But not everything is so good. Anatoliy Kazantsev, a well-known pediatric infectious disease specialist in Mariupol, died at his workplace yesterday. Eternal memory!

The hospital is in a dire need of diesel, because without it generators will not work, without them there will be no light, and without light doctors will not be able to operate. There is a critical shortage of water. “If anyone has the opportunity to help the hospital in any way, we will be very grateful,” say doctors.

Furthermore, a neurosurgeon, doctors and nurses of surgical profile are urgently needed.

“If anyone lives near the hospital and has the opportunity to help – come join us, we need you!”

There are no windows left in the hospital. There are lots of damaged premises. However, the hospital admitted 350 patients.

“Surgical beds are fully deployed, all the operating rooms are used, however, we are forced to constantly change locations due to shelling.”

The hospital treats the wounded and injured. The Department of Neurology also treats spinal injuries.

“We managed to save the equipment. We hope we will use it again. We hope for peace.”