Ukraine Parliament has passed the law on the Ukrainian language 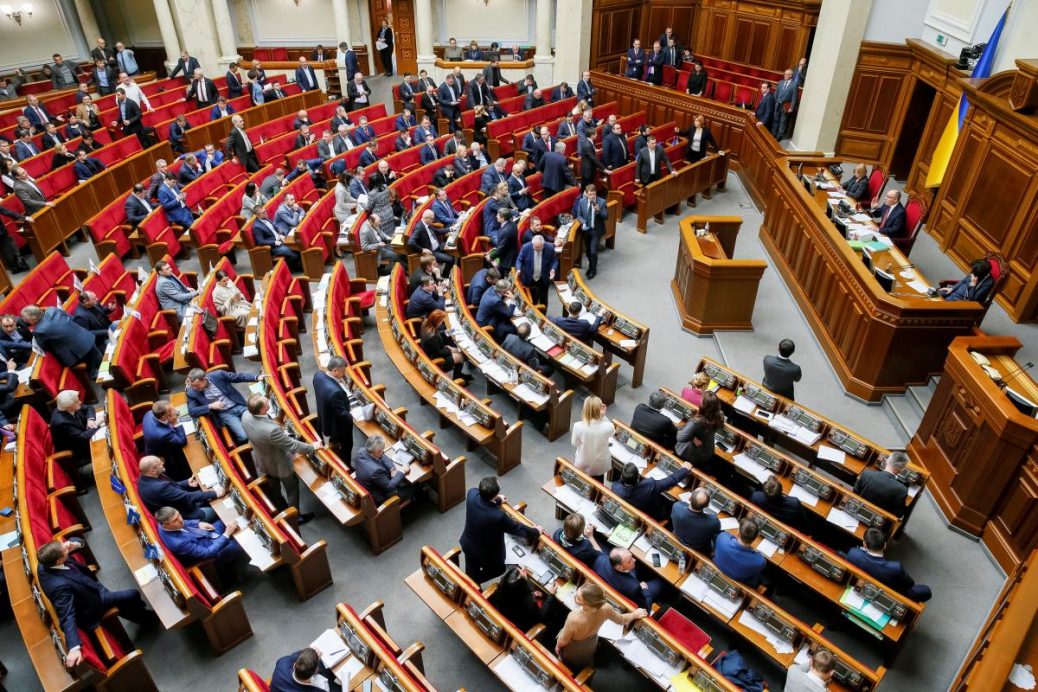 The Verkhovna Rada of Ukraine has passed the law on the Ukrainian language. Its preparation lasted two months.

MPs have adopted law No. 5670-d “On ensuring the functioning of Ukrainian as a state language.” They had been considering amendments to the draft law for the second reading since February 28. 278 parliamentarians have voted for the law.

Before the voting, a film was presented to MPs, in which writers, poets, public activists, scientists, actors and church figures told them about the importance of adopting the law on the functioning of the Ukrainian language.

Besides, third President Viktor Yushchenko and Patriarch Filaret were present in the parliament hall. Earlier, Filaret stated in the film that the church insists on the adoption of the law on the language.

Then a standing ovation followed. The deputies cried “Glory to Ukraine” and sang the anthem of Ukraine after the approval of the document.

The Opposition Bloc faction voted against the document.

The law establishes that Ukrainian is the only state (official) language in Ukraine and provides for the mandatory use of the Ukrainian language by government agencies and in public spheres throughout the state.

Public humiliation or contempt for the Ukrainian language will be the basis for bringing to justice.

“The law does not apply to the sphere of private communication and the holding of religious ceremonies,” the document states.

Besides, the law obliges officials to use the official language and apply it in the performance of official duties.

Also, the state language should be used in the educational and medical sectors, in labor relations, in consumer services, in public events, in advertising and in other spheres.