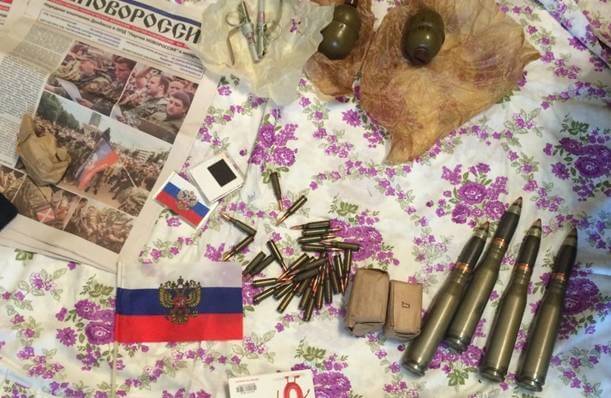 The Security Service of Ukraine detained a person, planning a terrorist attack during rally in Dnipropetrovsk on Saturday, 28 March, the Service reports.

34-year-old resident of Pavlograd received an order to commit this crime from the representatives of the so-called “Donetsk People’s Republic”. During the search of the detainee’s apartment, the Security Service found and seized a hand-held AT grenade launcher RGD-5, 2 ball grenades RGD-5 with fuse assemblies, 90 pieces of 5.45mm ammunition, 4 23mm cartridges and video surveillance equipment. There were also found materials on detainee’s computer and telephone proving his illegal activity.