Ukraine today: Situation in the regions as of March 13, 2022 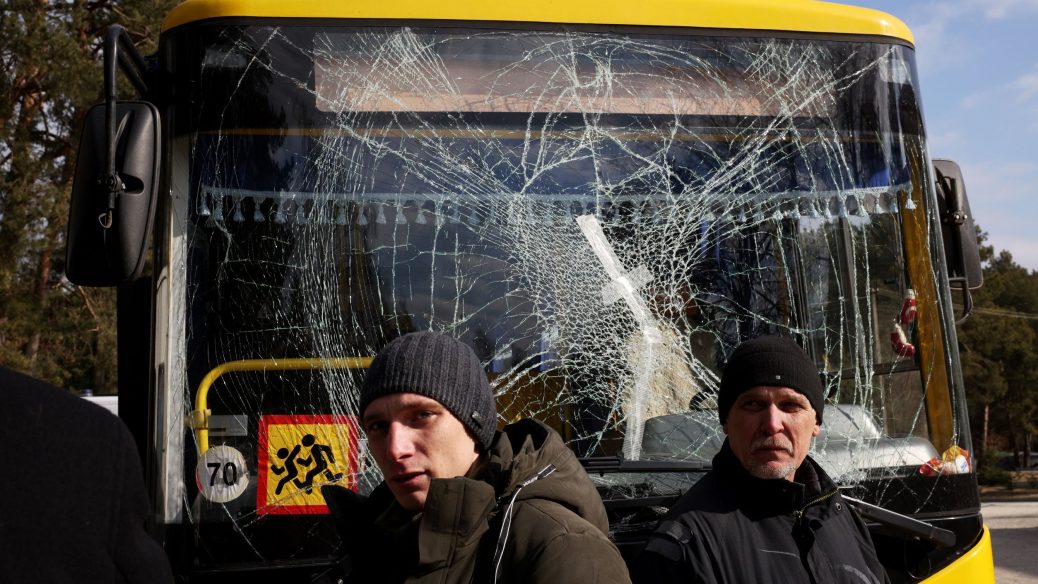 Brovary district – the movement of enemy vehicles in settlements. Fighting is taking place in three communities of the district.

Three air raids on Chernihiv at night. Destruction and casualties are clarified.

Defensive battles around Chernihiv. Yesterday 2 settlements in the Kyiv sector were liberated.

There was an air threat in Sumy district twice this night.

During the night, the orc artillery fired several times at peaceful villages in the Okhtyrka district and Okhtyrka itself.

Russian enemies strafe mainly from Trostyanets, which is occupied by the enemy. The enemy also used the period of silence, which lasted periodically for the past few days, to strengthen its positions and move troops.

There was a long-term alarm at night. And two in the morning. There is no information about destruction and losses.

Air alarm for a few hours, the overall situation is calm.

All night air alarms in Kharkiv, in the region – active hostilities in the Izyum district.

The servicemen and residents of the Zaporizhia region, in cooperation with the police, the SESU, units of the Defense Forces of Ukraine and the authorities of the city of Zaporizhzhia, are holding back the occupying forces’ massive offensive.

Currently, there are no major changes of the situation, but the enemy continues to actively use artillery, tanks, grenade launchers and mortars.

Air alarm all night, calm in the morning.

It is calm in Zakarpattia.

Air alarms, but in general the situation is calm.

The occupiers launched an air attack on the International Center for Peacekeeping and Security. According to preliminary data, they fired 8 missiles. Information about the victims: 35 killed and 157 injured.

There was an air alarm. In general – calm.

The residential sectors of Severodonetsk, Rubizhne, Lysychansk and Popasna are under constant fire. There are casualties among the civilian population.

Mariupol is under siege, fighting on the outskirts of the city. The humanitarian column is advancing – slowly but surely.

Blasting all over the line. In Kramatorsk – air alarms all night and in the morning.

There is information about the strikes last night in the vicinity of Svyatohorsk Lavra. There are wounded. The information is checked.

The night was quiet, the region keeps defense.

Heavy explosions from the evening and all night through, Grads near the airport. The information is checked.

Air alarm for several hours. In general, the situation is calm.