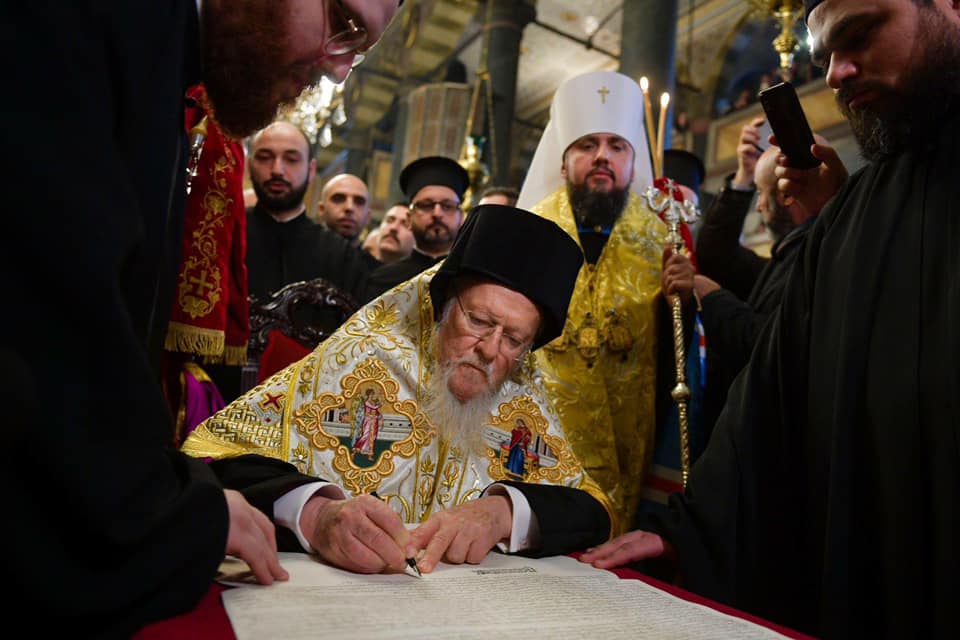 Ecumenical Patriarch Bartholomew – the head of the global Orthodox Church – has signed what is known as a “tomos”, a decree officially recognising an independent Ukrainian Orthodox Church.

Ukrainian Orthodox leaders approved the creation of a new, unified church split from the Moscow Patriarchate and elected 39-year-old Metropolitan Epiphanius I to lead it.

The move has provoked a furious response in Russia, where the Church has broken off links, deepening a split in the worldwide Orthodox Church.