Home NEWS UKRAINE “Where are the severed hands?”: a clash occurred in Kyiv during Poroshenko’s speech

“Where are the severed hands?”: a clash occurred in Kyiv during Poroshenko’s speech 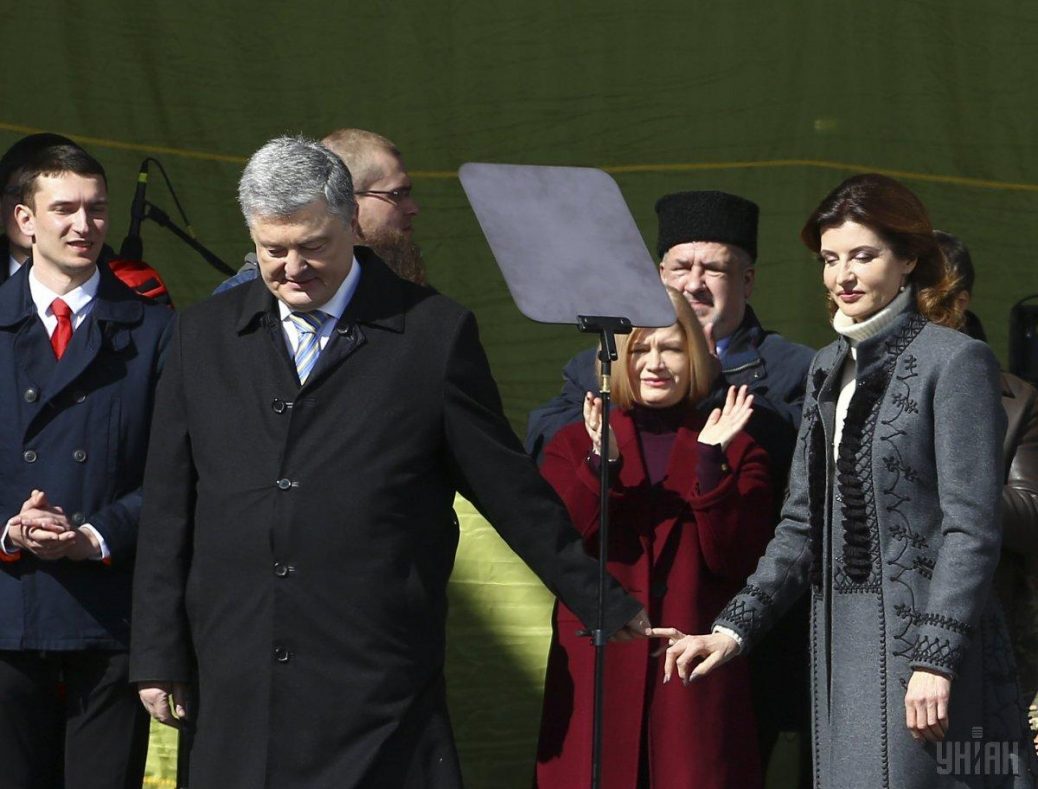 During the speech of President of Ukraine Petro Poroshenko at his meeting with voters near the Mykhailivsky Cathedral in Kyiv, a scuffle took place between his supporters and opponents.

The police separated supporters of the president and his opponents to stop the conflict.

According to the UNIAN correspondent, young people came to the meeting with a self-made banner “Where are the severed hands?” (an allusion to Poroshenko’s earlier statements that corrupt officials shall have their hands to cut off if they steal).

Poroshenko’s supporters approached the people who carried the banner and began to snatch it from their hands. A clash occurred; the banner was torn up. The opponents shouted: “Shame!” The police stood between supporters of the president and his opponents to stop the conflict while Poroshenko continued to speak.