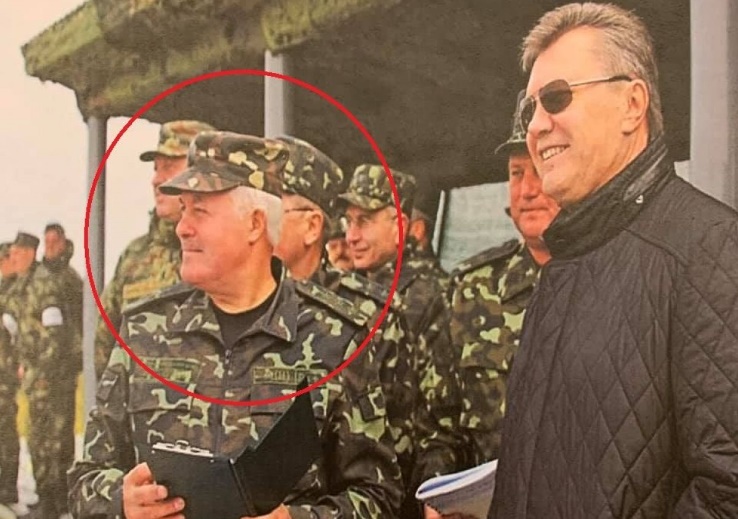 Charges against Zamana suggest he allegedly reduced the number of combat personnel and dissolved the military units. These actions are said to have destroyed the country’s antiaircraft defense system.

According to Matios, in 2013 Zamana decreased the combat personnel number by 17 thousand persons and dissolved over 70 military units.

Back in 2014 the former Chief of the General Staff did not put the troops on combat alert despite allegedly knowing that the Russian aggression is being planned.

The former official resubordinated combat military units capable of repelling the aggression to the head of the Naval Forces. Prosecution is of the opinion that it played into Russia’s intentions to seize Crimea.

Moreover while in office Zamana reduced the number of military enlistment offices that impeded mobilization.

The Chief Military Prosecutor also said that the oath of enlistment is missing from Zamana’s military personnel file.

According to the Prosecutor General Yuriy Lutsenko, Zamana was arrested by the staff of the Military Prosecutor’s Office and of the Security Service of Ukraine.

“The structural reform of the Ukrainian Armed Forces was actually laying the basis for the annexation of Crimea and for ‘Novorossiya’ project. Volodymyr Zamana also issued an order resubordinating all units of the ‘Crimea’ tactical group of the Ukrainian Armed Forces to the Head of the Naval Forces (admiral Ilyin who then turned to be a traitor). It actually blocked the possibility for Ukrainian military to resist to the Russian aggression,” Lutsenko wrote.

Chief Military Prosecutor Matios added that a request to issue the arrest warrant for Zamana was sent to the Pechersk district-level court of Kyiv.

Volodymyr Zamana was Chief of the General Staff of the Ukrainian Armed Forces from February 2012 till February 19, 2014. According to unofficial information, Yanukovych dismissed Zamana after the latter refused to order the deployment of an airborne division from then-Dnipropetrovsk to Kyiv.

Zamana testified in the case of Viktor Yanukovych’s treason. He said that the first signs of the situation in Crimea escalating started coming in January 2014. Zamana claimed that he spoke to Oleksandr Turchynov about them but the then-leadership of the state decided not to respond to the aggression. Turchynov called the testimony a lie.