Home » Zelensky took up the project “State in a smartphone”

Zelensky took up the project “State in a smartphone” 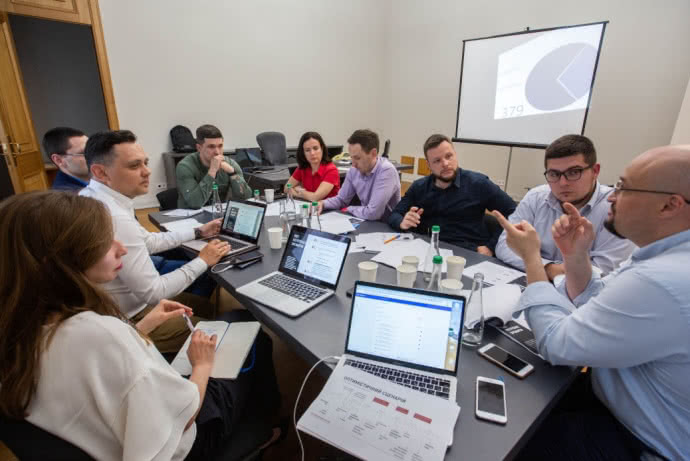 President Volodymyr Zelensky’s representative held a meeting with international experts on the implementation of “state in a smartphone” project.

“The key goal now is to identify specific ways and mechanisms to accelerate the implementation of this ambitious project, make e-government more technological, convenient and significantly increase the number of its users,” said Zelensky’s representative at the meeting.

He noted that the President’s team strives to implement the “one-stop shop” idea, give citizens a single web address for all available services, introduce a unified authorization and identification system, and make the entire system more citizen-oriented.

First Deputy Chairman of the State E-Government Agency Oleksiy Vyskub said that the strategy for developing e-services offers 200 priority positions for the everyday life of citizens. In particular, these are services of registration of enterprises, an electronic office of the developer and the project “eMalatko”, which should provide an opportunity for citizens to receive 10 services related to the birth of a child by one electronic application.

“The ultimate goal for most services should be full automation. It’s when the decision is taken not by the official but by the system based on a clear algorithm provided by the regulatory framework,” Vyskub said.

Zelensky’s advisor announced the presentation of a roadmap for the development of the sphere of electronic services and the model “state in a smartphone” in the near future.

Earlier, Zelensky told iForum that he was dreaming of the “state in a smartphone”. Besides, President Volodymyr Zelensky’s team has launched a Lift project that will allow new people to enter politics and implement new ideas in governance.