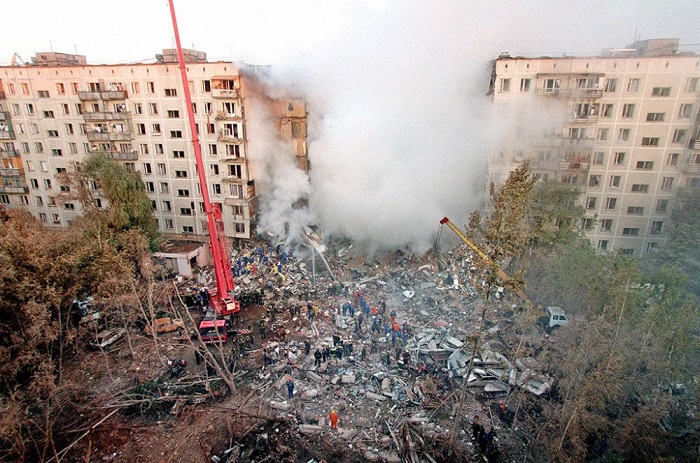 There is increasing probability of repeating the Kashira Road special operation in Russia.

Only this time, the FSB will blow up ordinary Russians during the night Easter service in Orthodox churches rather than in their apartments.

And this special operation will not be aimed at mobilizing the frightened electorate to the polls to boost Putin’s election chances, as was the case in 1999, it will be aimed at mobilizing the Russians to conscription centers. The problem of the personnel shortage in the Russian army is becoming more acute, and Putin is afraid to carry out forced mobilization. So, he urgently needs to create a flow of conscripts who will come to the military enlistment offices and conscription centers quite voluntarily and will voluntarily become cannon fodder in the hands of Putin’s generals.

As part of the Kremlin’s military ontology that they have been inculcating in their subjects for decades as “green glasses” (so enthusiastically that they themselves are beginning to forget reality), ordinary Russians must believe that Russia is waging a holy war with the Antichrist. In this ontology, the Antichrist is the collective West, which seized the “mother of Russian cities” by bringing to power the Nazis, who enslaved most of the population of “native Russian lands”, depriving it of the rights to speak and to freely elect its leaders. Hence, the Russian army is the army of Christ, which is fighting for the liberation of the whole progressive world from the power of the Antichrist.

Such a simple ontological construct, the “picture turned on its head,” which the FSB used against its subjects as a weapon of mass destruction, allows us to figure out the reaction of Russians to certain notable events… Now imagine the reaction of Russians to the news of the church being blown up on Easter night, with the congregation and Orthodox priests. Solovyovs, from zombie boxes, once again will sing about the Antichrist, who did it and no normal Russian will even question such a version. Especially when Solovyov’s songs will be accompanied with horrible pictures of the blood of “innocently killed Christians who came to the temple with their children to the all-night service”…

I think this bloody “curve ball” of the FSB will not work for the second time. Most likely, it will have the opposite effect, because clumsy-fingered Boshyrovs and Petrovs have not disappear from Russia, and the mass coverage of such a plan in the world media before Easter will break the FSB’s planned reaction to such an event.

But let’s see. We haven’t long to wait.